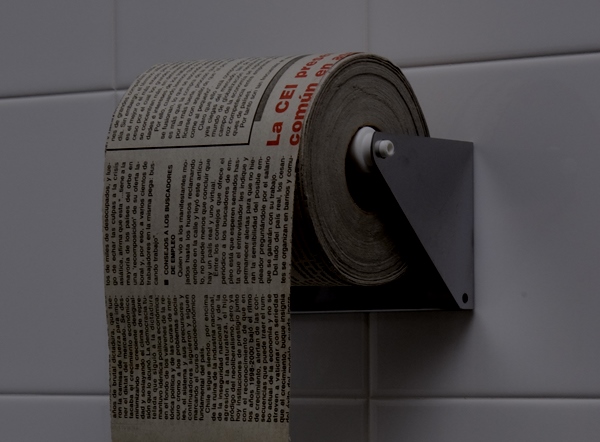 Prime Minister Ranil Wickremesinghe yesterday was critical of Daily FT News paper of the Wijeya Newspapers Limited, over two opinion articles in Wednesday’s issue on Government plans for Hambantota port and offers of tabs to students, likening the country’s only national business daily to cheaper than toilet paper.

Referring to the opinion piece on Hambantota Port, (Sale of Hambantota Port – A fair deal?) the Premier clarified that there was no sale but only a lease arrangement.

He claimed no one was selling the port but said the plan was to invite China Merchant to buy 80% of shares of Hambantota port for $ 1.1 billion, which would help the Balance of Payments.

The Prime Minister told the Business Today Awards that the country had got a white elephant port costing $ 1.3 billion for which debt has to be serviced. He said what is proposed was a better alternative than increasing more taxes to pay off debt. He said already there were many offers for new ventures in Hambantota such as an oil refinery, a dockyard, a cement plant and a LNG power plant.

The Premier was also critical of the opinion piece focusing on 2017 Budget move on granting tabs for students (Can tabs do what PCs or bricks could not do for education) saying FT was even opposing that move when it was beneficial for all, rather than being exclusive resources limited only to the wealthy.

He concluded his comments on FT stating “Any way (such reporting) will help the FT to increase its circulation. I have asked the Finance Minister to put a 800% tax on Toilet paper, because FT will be the alternative.”
Daily Mirror