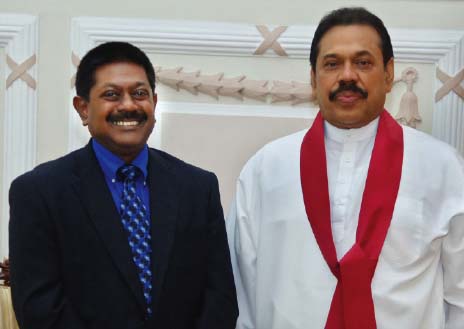 Wickramasuriya was arrested for allegedly accepting a USD 245,000 commission while serving as the Sri Lankan Ambassador to the US, under the previous government.

It is alleged that he had accepted this commission following a contract awarded to refurbish the embassy. The former ambassador had reportedly remitted this money to Sri Lanka.

The former ambassador is a close relative of former President Mahinda Rajapaksa.

The FCID prevented Wickramasuriya from leaving the country on Wednesday. Police sources said the former Ambassador would be produced before court today.

Wickramasuriya, a businessman and a tea exporter by profession who migrated to the US in 1999, was first given a diplomatic posting in 2005, the year former President Rajapaksa came to power.

He first served as the Sri Lankan Consul General in Los Angeles, California from 2005 to 2008.

He was then promoted as the Sri Lankan Ambassador to the United States, despite his strong business links with the country.

After the new government came to power, the Foreign Affairs Ministry received a number of complaints from Sri Lankans living in the US, against the former ambassador.
DN