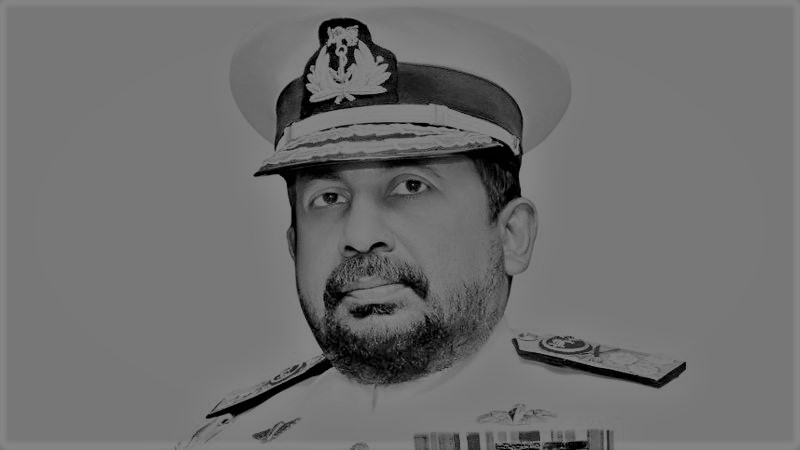 The Criminal Investigations Department (CID) this week further strengthen its case against Sri Lanka’s top military chief, Admiral Ravindra Wijegunaratne after he was linked to the now famous case of 11 missing youth believed to have been abducted by a ‘Navy abduction for ransom gang’between 2008 – 2009.

Arrested by the CID and now out on bail, Wijegunaratne has been further implicated in the gruesome case through recent revelations made by a new witness supporting the allegations levelled against him by the CID.

OIC of the Gang Robberies Unit of the CID, IP Nishantha Silva presenting the explosive B-report before Colombo Fort Magistrate, Ranga Dissanayake this week said through the latest witness statement the CID can prove without a doubt that Hettiarachchi was protected and hidden within the premises of SLNS Parakrama, Colombo by the former Naval Chief, Admiral Wijegunaratne when the CID was hot on Hettiarachchi’s heels in March 2017.

In her statement, the witness identified by the CID as an individual who had constantly kept in touch with Hettiarachchi when he was on the run claimed Hettiarachchi revealed to her that he was in hiding within the Naval Command and would be in trouble with the Commander of the Navy if he leaves its premises.

The statement has more importantly corroborated the statements provided by two key witnesses in the case which claimed that Chief of Defence of Staff, Ravindra Wijegunaratne during his tenure as the Naval Chief protected the main suspect of the case, Lieutenant Commander Chandana Prasad Hettiarachchi aka Navy Sampath. The CID has also accused Wijegunaratne of

aiding and abetting Navy Sampath to flee the country as the CID closed in on the suspect.

The CID also requested the courts to issue an order allowing them to investigate how Hettiarachchi had nearly 5000 USD on his person when he fled to Malaysia in 2017.

Conducting investigations into the mobile SIM cards used by Hettiarachchi within the confines of SLNS Parakrama in March 2017 and on his return to Sri Lanka last year, the CID was able to identify several mobile numbers and their owners who had constantly kept in touch with main suspect Hettiarachchi during the time. Among these was a mobile number identified as belonging to Jayasinghe Arachchilage Shirani, a beautician from Mirihana, Nugegoda.

According to Shirani’s statement to the CID, she was introduced to Hettiarachchi through a mutual friend in 2007 and they had engaged in various business ventures since. “Based on his assurances a Prime Mover truck was purchased in my name which was hired out to the Colombo harbour,” she had told the CID revealing the extent of their close relationship.

Shirani also told the investigators that Hettiarachchi claimed Munasinghe was having an extra-marital affair with a niece of his boss, former Navy Commander Wasantha Karannagoda at the time.

Calling Hettiarachchi on one occasion in March 2017, Shirani had told the CID that Hettiarachchi informed her that he was now in hiding within SLNS Parakrama as the Police were sweeping the country for him. In fact, by then the CID had already written to the administrative branch of the Naval Headquarters, for the attention of Navy Commander Ravindra Wijegunaratne on March 1, requesting the Navy to produce Hettiarachchi at the CID Headquarters on March 2, only to be told that the Navy is unable to locate Hettiarachchi. While the CID once again informed the CID on March 28 requesting that Hettiarachchi is presented at the CID on March 31, the investigators received the same response. However, the witness’ statement now proves he was within SLNS Parakrama at the time, the CID told the courts this week.

“During our conversations in March 2017, Prasad said he is unable to meet me in public as the CID is in search of him and therefore I should visit him along with his wife at the Naval Headquarters,” she had told the CID.

However, it was the damning evidence provided by Shirani against Wijegunaratne that was the most crucial to establishing that Hettiarachchi was harboured at SLNS Parakrama with support and blessings of the Naval Chief. Requesting to meet Hettiarachchi elsewhere at the time, Shirani says she was turned down by the suspect. “He said the Naval Chief would scold him if he leaves the Naval HQ,” Shirani told the investigators.

Remarkably this statement made by the latest witness corroborates with the evidence provided by Lt. Commander Laksiri Geethal to the CID on a previous occasion. In his statement to the authorities, Laksiri claimed, Hettiarachchi was housed in the adjacent room to his, in the officers’ mess at the time. Once encountering both Wijegunaratne and Hettiarachchi in the lift, Laksiri told the CID that he was witness to a damning conversation between the two.

As he had put it, seeing Hettiarachchi, then Navy Commander Wijegunaratne had inquired as to where he was heading off to, only to be told Hettiarachchi was visiting the Light House to meet his wife. “I will not be held responsible if the Police nab you if you jaunt about,” the Commander had retorted.

Accusing Wijegunaratne of assault and attempted abduction in November 2018 after the Chief of Defence Staff Admiral Wijegunaratne allegedly attacked Geethal at the Naval HQ, forcing the witness to go underground, the statement made by Shirani has only reinforced the evidence given by him against the country’s top military chief.

OIC Silva also told the courts that Shirani’s statement also corroborated with the information provided by Hettiarachchi’s wife. Giving a statement to the CID, the wife had admitted that she visited him at SLNS Parakrama on several occasions in March 2017 while at the same time the Navy had told the CID that it had no knowledge of the suspect’s whereabouts and failing to produce him before the CID on two occasions.

Meanwhile cooperating with the CID sleuths, Chathurika Nadeeshani Weerawickrama, Hettiarachchi’s wife this week accompanied the investigations team led by OIC Silva to SLNS Parakrama where she showed the investigators the various locations she met her husband during the time.

“My husband was unable to leave the HQ as the Police were looking for him,” she told the investigators. Therefore, she along with her children visited him on several occasions.

According to investigators, the Navy had also allowed Hettiarachchi to use a special VIP entrance at SLNS Parakrama for his numerous rendezvous as revealed by Weerawickrama during the recent visit to the location with the CID.

However, OIC Silva told the court that they are still on the hunt to trace the origins of the 5000 USD mentioned on the bank account details provided by Hettiarachchi to obtain a visa fraudulently. Presenting documents in the name of Laksiri Amarasinghe, yet another suspect accused of harbouring him, a bank account statement from the Bank of Ceylon to the Malaysian High Commission claimed the account had 5000 USD meant for travel expenses in the country. The account too had been opened in the name of Amarasinghe.

The CID, therefore, requested the courts this week to issue an order requesting the Bank of Ceylon to provide the necessary documents relating to Amarasinghe’s account with its Taprobane branch and a statement from an official employed at the same branch. The CID is yet to reveal any information they elicited from the previous court order regarding the funds.

In conclusion, the CID informed courts that it is currently in search of more individuals who were connected to Hettiarachchi during his time in hiding. However, more explosive revelations on the case are expected this week, after Former Navy Commander Wasantha Karannagoda also named as a suspect in the case provided yet another lengthy statement to the CID on Thursday.