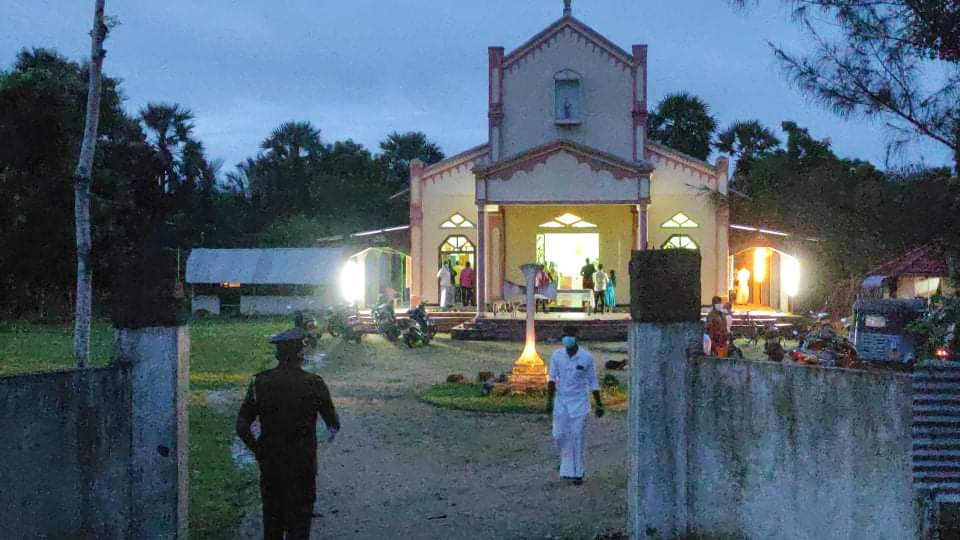 Sri Lankan soldiers disrupted services at the St Joseph Church in Koolamurippu this evening, blocking entry to the shrine and telling worshippers and the priests to move the service to another day because it could not be held today.

The incident created a tense situation in the area with locals reluctant to accept the army’s arbitrary prohibition.

A local government member was called to the spot and confronted the soldiers. E. Chandraruban of Puthukudiyiruppu’s divisional council said that church services could not be rescheduled at the behest of the military, and demanded to be shown a court order justifying the prohibition of services.

Police were also called and after clarifying that there was no ban on prayers, worshippers demanded that the soldiers surrounding the church disperse before the service could begin. The service eventually commenced, over one hour after the scheduled time.

Locals expressed distress that even religious services were being subject to surveillance and crackdowns by the security forces in Mullaitivu.