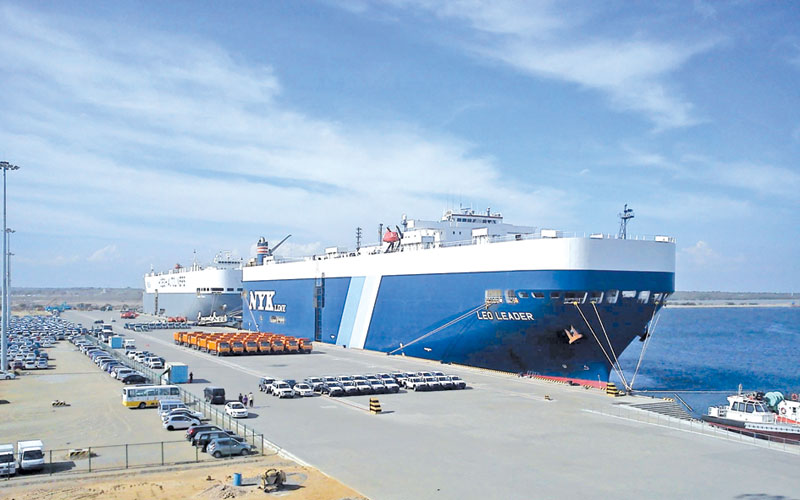 The JHU yesterday vowed to do everything possible to torpedo the Hambantota Port deal as there were reports of government politicians taking a 100-million-US-dollar bribe from a Chinese firm.

JHU strongman and Western Provincial Council member Nishantha Sri Warnasinghe told The Island that his party would complain to the Commission to Investigate Allegations of Bribery or Corruption (CIABOC) etc against those responsible for finalising the deal as there were reports of them taking USD 100 million in kickbacks.

Top politicians of the government had accepted the bribe, Warnasinghe said, adding that his party would reveal the names of those responsible at the correct time.

“We are against the deal as the government has not revealed the lease agreement with China Merchants Port Holdings so far,” he said.

According to the Minister of Strategic Development and International Trade Malik Samarawickrema, the agreement would be signed with China Merchants Port Holdings during the first half of January to develop Hambantota Port despite protests from the Joint Opposition and the JVP. According to the agreement 80% of the port ownership will be vested with China Merchants Port Holdings and the balance held by the Sri Lanka Ports Authority.

The government says it expects to develop 15,000 acre as a special economic zone with 2,400 factories within six years creating 400,000 employment opportunities with new investments.

“People have a right to know what are the factories to be set up within 15,000 acres and who are the architects of the agreements,” he said adding that they also needed to know the conditions m

ade by the Chinese government for the deal

By Dasun Edirisinghe/ The Island