Sri Lanka: Investigators put together the jigsaw of abduction & assault of journalist Noyahr 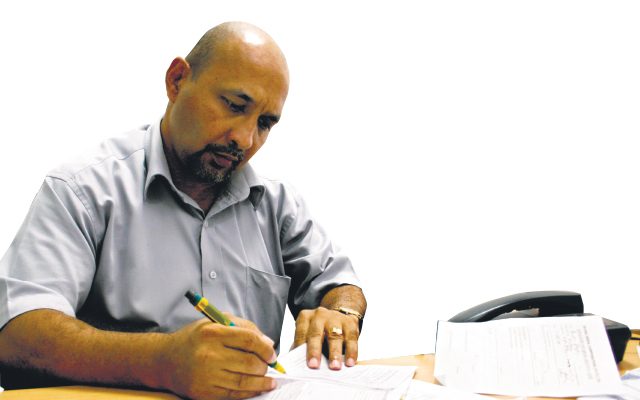 May 22, 2008 was a usual day for journalist Keith Noyahr until he reached the gates of his home in Dehiwela that night.

He was abducted and assaulted by a group of unknown persons as he was about to enter his home premises. The engine of his vehicle was still running which alarmed is wife who in turn contacted her husband’s editorial colleagues.

After several frantic calls to the powers that be at the time and the police, Keith’s whereabouts were located. He was taken to Dompe, where he was tortured by his abductors.

In fact, it was a team from a leading mobile network service provider which had located the whereabouts of Noyahr. The timely phone calls and actions had saved Noyahr’s life from his abductors, who perhaps had other plans.

The mission to locate Noyahr is a story of its own too.

Things would have taken a turn for the worse if Gamini Nukulasuriya, the company’s former Circulation Manager had not called Keith’s phone at a time when it was switched on momentarily.

Nine years later Noyahr’s abduction has resurfaced. The times have changed now. We do not have the same government and we do not have the same people in the police high ranks. So we could safely assume that the investigations, which took a decisive turn the previous weekend, are heading in the right direction.

Five arrests were made last weekend where members of the country’s security forces were taken in by the police. The army had since interdicted these five personnel. Ever since the new government took over in 2015, such arrests had been made over several incidents including the disappearance of another journalist Prageeth Ekneligoda, the killing of The Sunday Leader Editor Lasantha Wickrematunge and rugby player Wasim Thajudeen.

Whether the fresh arrests would lead to a conclusive or abrupt end is something that all of us would have to wait and watch out for. After all, no one disputes the fact that Noyahr was abducted and assaulted.

However, as far as Noyahr’s case is concerned, the arrests were made after months of collecting evidence and recording statements from witnesses and family members. Interestingly, it is reported that at least one person had witnessed the abduction that fateful evening.

The CID however has been tight-lipped over the contents of the statements. The names of the former Defence Secretary, Gotabaya Rajapaksa and Field Marshall Sarath Fonseka are also mentioned.

In fact, Fonseka who is now a minister in the Maithri-Ranil led government, had accused Rajapaksa and Chief of National Intelligence (CNI) Kapila Hendawitharana, of coordinating intelligence and security operations.

The former Defence Secretary is reported to have advised his lawyers that all military intelligence operations were coordinated from the Defence Ministry by Hendawitharana who would take instructions alternatively from Rajapaksa and Fonseka, emphasizing that the intelligence apparatus acted on Fonseka’s instructions and not his, when it came to attacks on journalists.

When two of the suspects, Warrant Officer Lasantha Wimalaweera and Corporal Nishantha Jayatillake were produced before court, the lawyers had argued that the investigation was entirely fabricated.

They had alleged that it was politically motivated and that the CID had maliciously gone in search of Keith Noyahr who now resides in Australia to malevolently tar their clients. They were remanded till March 3.

The CID which had carefully probed this incident has managed to nab the suspects at ground level. However, these suspects wouldn’t have acted without an instruction from the top. Where did it come from? Who was the one who gave the order?

Although several names are floating around, the masterminds behind the abduction and assault are yet to be known and nothing is conclusive.

The drama On that fateful day, Noyahr had been going about his usual routine. He had reportedly travelled from the Nation editorial office in Maradana, to the Colombo University Campus, then to a funeral parlour in Borella and to a restaurant in Bambalapitiya where he dined with his editor Lalith Alahakoon and CEO Krishantha Cooray.

He had then proceeded towards a supermarket in Wellawatte before heading home down Waidya Road in Dehiwela.

According to the CID, Noyahr’s abductors had been following him throughout the day until he was near his home.

Noyahr had told the CID that he was taken to a place which appeared to be a secluded safe house. He had said that he was blindfolded and hung from a ceiling.  The abductors had tortured Noyahr to reveal his sources which gave him information to write his defence articles.

According to Noyahr’s statement, the abductors decided to release him after receiving an order from a person purported to be a VIP.

The CID located the safehouse with assistance from the engineers of the network providers and confidential informants and established conclusively that it was a covert military intelligence facility run by Major Prabath Bulathwatte. Bulathwatte was one of the suspects arrested on February 18. He was reportedly the commanding officer of the other four suspects.

The most conclusive evidence presented by the CID was when it revealed of a network of telephone calls placed hours after Noyahr’s abduction which indicated a direct link from Major Bulathwatte at the Dompe safehouse to senior military intelligence officers and in turn to Hendawitharana and the former Defence Secretary, indicative of an association while Noyahr was in the custody of the abductors.

Accordingly, Noyahr who had overheard  one of the phone conversations reportedly alleged that a VIP had contacted his abductors. The VIP had instructed the abductors to spare his life and not harm his family on condition that he flees the country and does not speak of his ordeal.
The Nation