President Trump is losing his war with the media 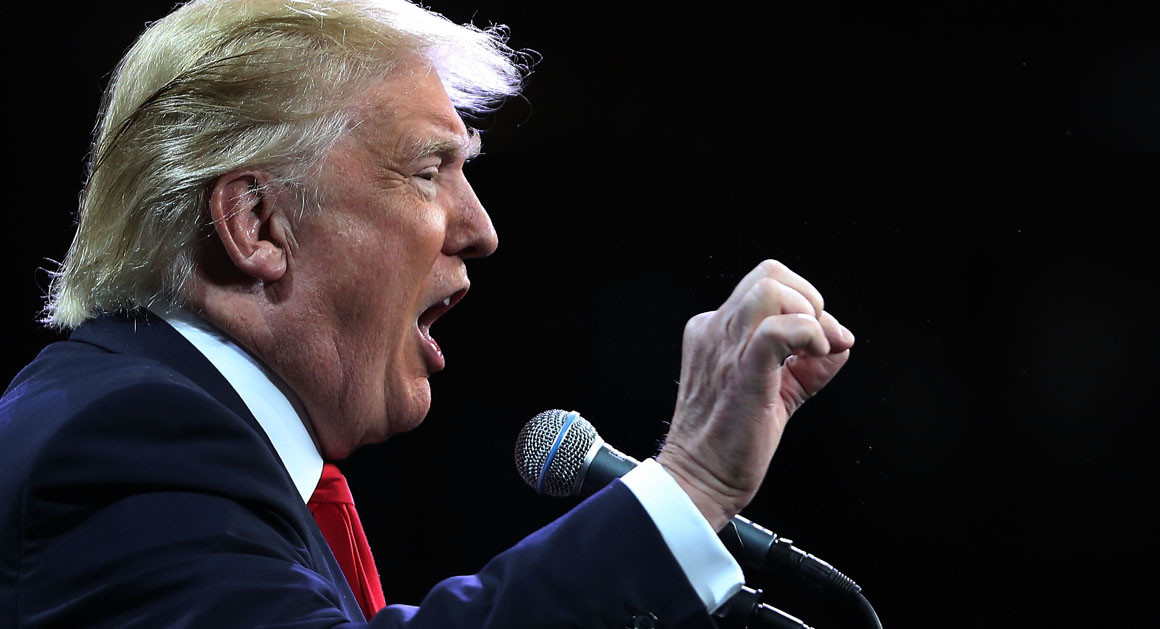 It’s pretty clear what President Trump is doing by going after the media. He sees someone who is tough on him, with a lower approval rating, and he sets up a contrast. It’s like making yourself look taller by standing next to a short person.

“You have a lower approval rate than Congress,” he needled reporters at last week’s news conference, making clear he had done the math.

Except maybe it’s not really working.

A new poll from Quinnipiac University suggests that while people may be broadly unhappy with the mainstream media, they still think it’s more credible than Trump. The president regularly accuses the press of “fake news,” but people see more “fake news” coming out of his own mouth.

The poll asked who registered voters “trust more to tell you the truth about important issues.” A majority — 52 percent — picked the media. Just 37 percent picked Trump. The poll did find that registered voters by a narrow margin think the media has treated Trump unfairly, with 50 percent saying they disapproved of the coverage of Trump and 45 percent approving. But voters are even more critical of Trump’s treatment of the media, with 61 percent disapproving and 35 percent approving.

Even 23 percent of Republicans say Trump is mistreating the media, and independents disapprove 59-35.

The poll was conducted Feb. 16 through 21 — beginning the day Trump jousted with the media at a news conference Thursday and continuing through the weekend. Trump called the media “the enemy of the American people” in a tweet Feb. 17, drawing widespread condemnation from journalists and defenders of the free press. Sen. John McCain (R-Ariz.) even compared Trump’s tactic to what dictators do to undermine it.

The FAKE NEWS media (failing @nytimes, @NBCNews, @ABC, @CBS, @CNN) is not my enemy, it is the enemy of the American People!

A Fox News poll tested a similar question last week — before these developments — and found a more even split, with 45 percent trusting Trump more to tell the truth and 42 percent picking reporters who cover the White House.

All of this suggests there are limits to this approach for Trump. But it shouldn’t be too big a surprise. After all, while people broadly like to beat up on “the media,” they often trust specific outlets. Just as people overwhelmingly dislike politicians and Congress, broadly speaking, they generally like their own members of Congress much more.

In addition, Trump may have gone a little too far by proclaiming the media the “enemy of the American people.” A 2013 Pew poll showed broad, bipartisan support for the media’s role as a watchdog of politicians. Fully two-thirds of Republicans, Democrats and independents said the press keeps political leaders from doing things they shouldn’t. This will probably come off as self-serving coming from the media itself — I recognize that — but it’s worth noting that the media’s rock-bottom approval rating doesn’t often tell the whole story. And the fact that people trust us more than the president who accuses us of “fake news” suggests this isn’t a winning battle for Trump when it comes to expanding his appeal.