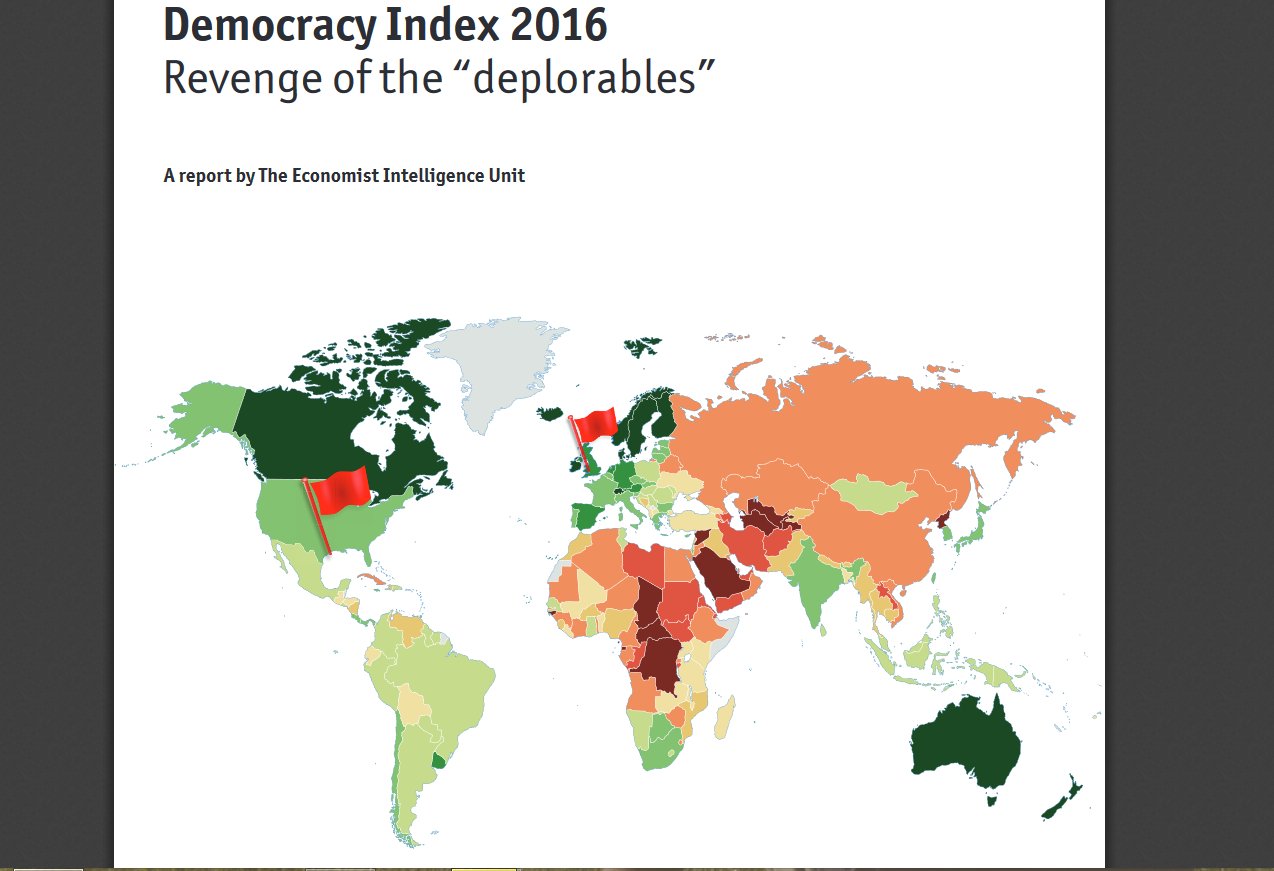 Sri Lanka has scored 6.48 points in the 2016 Democracy Index which is an imprvement comparing scores of 6.42 in 2015 and 5.69 in 2014. Amongst countries in the Asia Pacific region, Sri Lanka is placed 12th. According to the INdex, the most democratic countries in the world are Iceland, Sweded, New Zealand and Denmark in that order. The United States has dropped to the 21st position in the 2016 index.