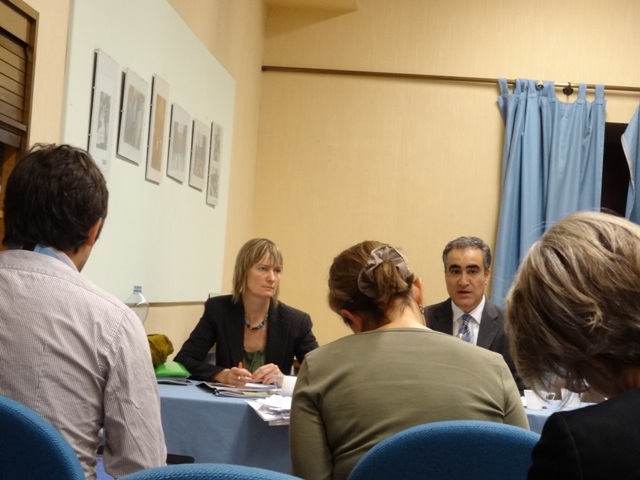 AMNESTY INTERNATIONAL , PRESS RELEASE
The Sri Lankan government’s inquiry into the country’s civil war is fundamentally flawed and provides no accountability for atrocities, according to a new Amnesty International report.

When will they get justice? exposes the shortcomings of the inquiry, the Lessons Learnt and Reconciliation Commission (LLRC). These include its failure to properly pursue allegations of war crimes and crimes against humanity levelled against both government forces and the Liberation Tigers of Tamil Eelam (LTTE).

“The Sri Lankan government has, for almost two years, used the LLRC as its trump card in lobbying against an independent international investigation. Officials described it as a credible accountability mechanism, able to deliver justice and promote reconciliation. In reality it’s flawed at every level: in mandate, composition and practice,” said Amnesty International’s Asia Pacific Director, Sam Zarifi.

The LLRC was established by Sri Lankan President Mahinda Rajapaksa in May 2010, after he made a joint commitment to an accountability process in Sri Lanka alongside UN Secretary General Ban Ki-moon.

The commission’s mandate falls far short of international standards for such inquiries.

Amnesty International’s analysis of the LLRC’s publicly available transcripts found it failed to appropriately investigate credible allegations of systematic violations by both sides to the conflict, including illegal killings and enforced disappearances, widespread shelling of civilian targets such as hospitals, and use of civilians as shields.

During the LLRC’s first field session, the panel’s Chairman made no mention of human rights abuses, telling witnesses to “forget the past”. Instead, he asked them to tell the Commission about any problems accessing education, medical care and housing.

“Analysis of LLRC sessions exposes a catalogue of missed opportunities, negligence and political bias,” said Sam Zarifi. “The LLRC’s panel of Commissioners ignored crucial questions about the role of government forces in war crimes and crimes against humanity.”

The LLRC published an interim report in September 2010, which did not contain any recommendations aimed at achieving accountability for past human rights abuses. It will submit its final report in November 2011.

For more than two decades, numerous national commissions of inquiry have failed to effectively deliver justice to victims of human rights abuses in Sri Lanka.

“The LLRC is the latest in a long line of failed domestic inquiries. Impunity has been the rule rather than the exception, now exacerbated by a post-conflict triumphalism that rejects all responsibility for abuses carried out by government forces,” said Sam Zarifi.

A UN Panel of Experts’ report on Sri Lanka submitted to Ban Ki-moon on 12 April 2011 found credible allegations of war crimes and crimes against humanity committed by both government forces and the LTTE, and recommended establishing an “independent international mechanism” to investigate allegations.

Amnesty International called on the UN Security Council and Human Rights Council to support this call in order to pursue justice for victims and their families.

“The international community must not be deceived into viewing the LLRC as a credible replacement for an international inquiry – this would allow war crimes and crimes against humanity to go unchallenged,” said Sam Zarifi.

“Only an international, independent investigation can deliver justice to the thousands of victims of Sri Lanka’s brutal conflict. Only then will the voices of victims really be heard. And only then can the process of post-conflict reconciliation begin to move forward.”

We will respond appropriately: Ministry of External Affairs

The Ministry of External Affairs intends on responding to a report by Amnesty International (AI) released today, condemning the report by the Lessons Learnt and Reconciliation Commission (LLRC), while the Commission itself does not want to be distracted by responding to such report.

“AI is an independent body and can put out any reports that it wishes. After having looked at the report carefully we will respond appropriately,” a high ranking official of the Ministry of External Affairs told the Daily Mirror today.

Meanwhile the LLRC spokesman Lakshman Wickremasinghe stated that since AI had not responded to the LLRC invitation to give evidence to the Commission; statements made by the international human rights group were now irrelevant to the Commission.

“At the very initial stages the LLRC invited Amnesty International to testify before the commission, at the beginning of the public sittings. Regrettably AI declined our invitation and continued to condemn the commission; therefore we don’t consider it our business to comment on any report published by them,” he said.

He further added that responding to such a report would be distracting the LLRC from its primary objectives. “At this juncture we feel that nothing should distract the commission from its initial task which is to formulate a comprehensive final report. We cannot be dissuaded from this task by having to respond to various reports or by engaging in ancillary debates,” he said.

He further added that this indecisive action by the group would result in its credibility being questioned. “This action may raise questions on the accountability, professionalism and motivations of AI,” he said. (Dianne Silva)