Report of the HRC of Sri Lanka to UN CAT: An Indictment of Justice System 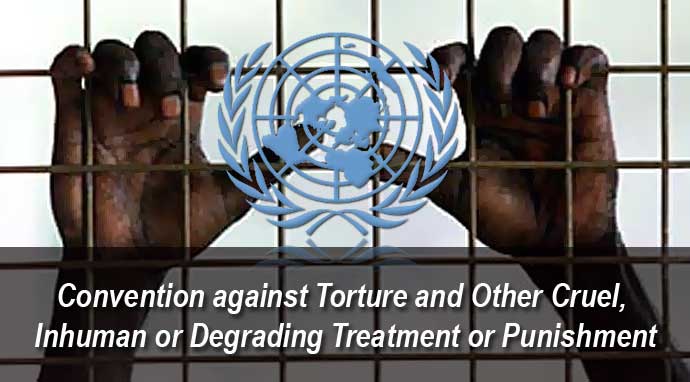 Excerpts form the report of the Human Rights Commission of Sri Lanka to the Committee Against Torture, October 2016. Sub headings are from the SLB.

19.  A feature common to many complaints, and one regularly detected through the Commission’s investigations is the failure to follow due process during arrest, with one of the most common violations being failure to produce the person before a magistrate within twenty-four hours and altering the time of arrest in their official records. Under normal law, an arrested person can be detained only for twenty-four hours (with a few exceptions), after which the person has to be produced before a judicial officer. For example, recently our officers detected such instances in Peliyagoda (Western Province) and Jaffna (Northern Province). In the latter instance since the man’s whereabouts following arrest were unknown for six days the Commission informed the Inspector-General of Police and the Minister Law and Order of this case and requested an immediate inquiry be held and remedial action taken. To date the Commission has not received an update on the action taken.

Since April 2016 the Commission has received complaints from family members, as well as those arrested and detained under the PTA, and in some instances has found that that due process was not followed, which creates space for torture- this included failure of officers to:

The Commission has received complaints of persons being held at detention centres that are not gazetted, which creates opportunity for torture, which the Commission brought to the attention of all relevant authorities. Upon inquiry it was revealed the places at which persons were held for at least twelve hours were offices of the TID but not gazetted detention centres. The TID has only three gazetted places of detention – Boosa, TID Vavuniya and TID Colombo.  Some detainees mentioned they were told to sign forms and statements, which were in a language they did not understand.

Thirteen persons arrested under the PTA since April 2016 have complained of ill-treatment and torture, either at the time of arrest and/or during initial interrogation following arrest. Methods of ill-treatment and torture reported to the Commission include beating with hands, plastic pipes and sticks, being asked to strip and genitals being squeezed using plastic pipes, forced to bend and beaten on the spine with elbows, being strung upside down on a hook/fan and beaten on the soles of the feet, being pushed to the ground and kicked and stepped on, inserting pins on genitals, burning parts of the body with heated plastic pipes, handcuffing one hand behind the back and the other over the shoulder, inserting a stick between the handcuffs and pulling the hands apart. Detainees also stated they were handcuffed and blindfolded when transported to detention facilities and during this period, which could amount to at least six to eight hours, were not allowed to use sanitation facilities.

The TID has been informing the Commission of those arrested under the PTA as per section 28 (1) of the Human Rights Commission Act. Since May 2016 transfers of detainees between places of detention has also been informed to the Commission.

Persons held in administrative detention under the PTA, as well as lawyers have complained of difficulties of lawyers visiting and being able to consult with detainees in private. Lawyers have stated they have to submit written requests to the Director TID to seek permission to visit a detainee and while some are granted access, a number of others state they have never received a response despite sending repeated requests.

In response to the Committee’s question regarding those who remain in detention, based on the statistics at the disposal of the Commission obtained from the Department of Prisons, as at May 2016, of the one hundred and eleven (111) persons who still remain in remand custody under the PTA, twenty-nine have not been indicted. It should be noted this does not take into account those arrested and remanded thereafter when there were a spate of arrests under the PTA. The longest period a person has been on remand without indictment being filed is fifteen years. The longest period a trial has been on-going is since 2002, i.e. fourteen years. Forty-one persons are appealing their sentences under the PTA with the longest period the person has been awaiting a decision being fourteen years.

Right of the suspects in accessing lawyers

Since the right to legal representation is integral to ensuring torture does not take place, the Commission requested the Government to withdraw the Bill proposed amendment deprives suspects of access to lawyers between the time of arrest until the time of the conclusion of the recording of a statement. The Commission has pointed out that the amendment would pave the way for increasing possibilities of torture in custody and is in violation of Sri Lanka’s obligations under the International Covenant on Civil and Political Rights (ICCPR). This also adversely impacts the right of persons to fair trial. Since the issuance of the statement of the Commission the government has delayed the passage of the Bill. However, no definitive announcement has been made with regard to continuing the status quo that permits the right to legal representation immediately after arrest.

The Commission has had a very positive and fruitful discussion with the Chief JMO Colombo, and will be establishing a collaborative relationship with the College of Forensic Pathologists with the aim of engaging actively with them to address custodial torture.

Deaths of suspects in police custody

Special needs of children in detention

There are several shortcomings in the admission procedures and recommendations made by the Department of Probation and Child Care Service, such as failure to undertaken medical and psychological assessments when children are admitted. In one of the Centres the Commission visited, a child had an injury as the police had hit the child with a baton. It seemed that there was no medical attention given to the child during the two weeks since the child was brought into the Centre.  This in turn has resulted in children having physical injury without any medical attention given.

Children who are less than twelve years are also being admitted to detention and remand homes. In one case an eleven-year-old boy was being held in an institution. His father is in prison as he was suspected of raping a girl from the neighbourhood. The family need four thousand rupees (Rs. 4000) to pay his bail, but his mother is a housewife and has no income. He can sing well so he started singing in public bus to earn money for the family and secure his father’s release on bail. He was arrested by the police one day while singing in a bus, held at the police station for a day and was sent from there to a Remand Home. In a number of instances children are also transported with adult prisoners.

Rehabilitation under the Prevention of Terrorism Act

In 2015 and 2016 it was found the rehabilitation process was being used to “reform” persons who were thought to not passed security checks required for certain state employment, such as Grama Niladari officers (village officers). In May 2015 and March 2016, sixteen and six GN officers respectively in the North were informed by the Ministry of Home Affairs, which according to the law has no authority to order persons to rehabilitation, they would have to undergo rehabilitation. In total eleven persons completed this programme and were released after three months- seven women and four men. Of the seven women, one woman had a baby three months ago prior to being sent to rehab and hence her baby along with her mother lived with her at Poonthotam.

HRC SL calls for the repeal of PTA

Harassment and intimidation of civil society and human rights defenders