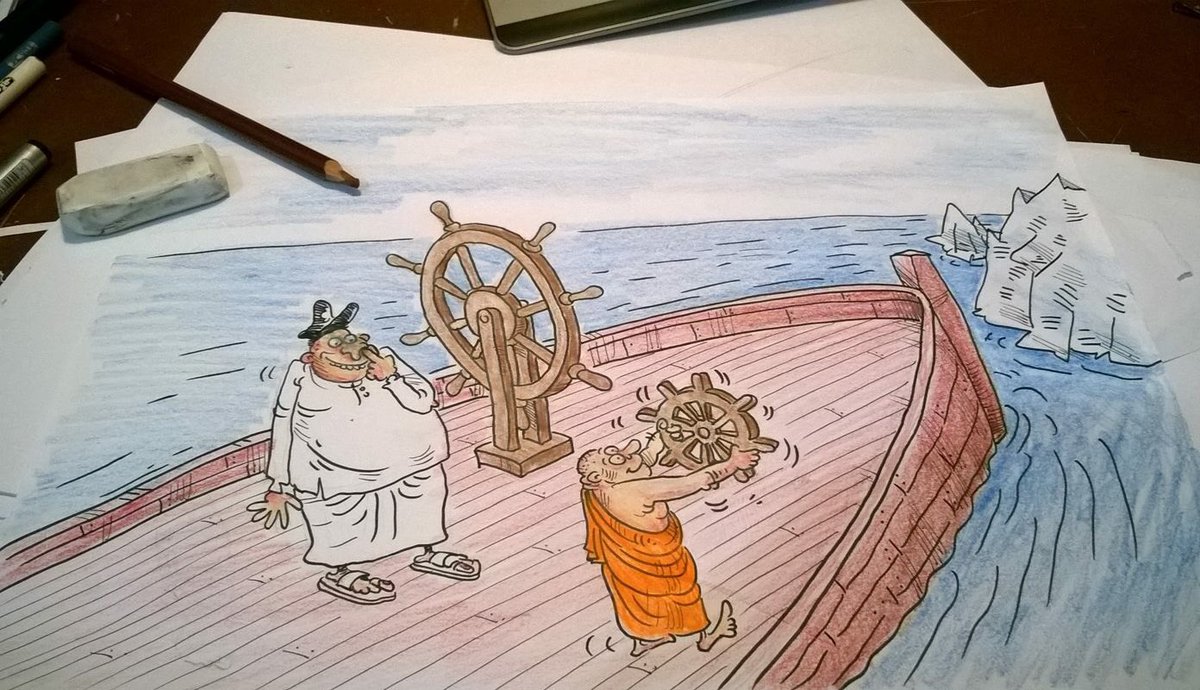 It was a few weeks ago Leader of the Opposition and Tamil National Alliance R. Sampanthan addressing participants at an event at the Sarvodaya centre in Colombo emphasized the need of a new Constitution and pointed out that all citizens should support the new Constitution in the best interests to strengthen peace and reconciliation in the country.

Unlike the Tamil leadership in the past, which had opposed vehemently the Constitutions stating that they were not drafted in the manner fulfilling the political aspirations of Tamils, Sampanthan with his vast experience in the political arena has expressed his views on bringing out a new Constitution which is expected to overcome the setbacks experienced with the long drawn out three decades of civil war, between the Sinhala and the Tamil people, making peace and reconciliation a distant dream to the countrymen.

Even the National Unity Government is well aware of the need of drafting a new Constitution and the Prelates of country’s key Buddhist chapters denouncing the attempts of drafting a new Constitution has also been considered a serious challenge by the government according to Cabinet Spokesman and Minister of Health Dr. Rajitha Senaratne who had addressed the Cabinet press briefing along with his colleague Minister Dayasiri Jayasekera on Wednesday (5).

Unlike the other Tamil political leaders Sampanthan had to play an extremely important role to strike the right balance in spearheading the Tamil political scene as the leader of the Tamil National Alliance, when the LTTE was active and thereafter in the post-war atmosphere.

Until the collapse of the United National Party (UNP) Government, the Constitution introduced with the Executive Presidency came under severe criticism by the Opposition stating that it was draconian and dictatorial.

Detailing on the powers his Constitution possessed late President J.R. Jayewardene even stated that except for converting a man to a woman and a woman to a man he could do anything with the Constitution he had introduced in 1978.

So the United National Party regime led by late Presidents J. R. Jayewardene and R. Premadasa remained formidable until it was overthrown by the People’s Alliance (PA) led by former President Chandrika Bandaranaike Kumaratunga in 1994.

From the time the UNP led by late J.R. Jayewardene came to power in 1977, the Opposition was on the war path against the Constitution introduced by the party at every election since it was introduced in 1978.

Minister Rajitha Senaratne at the press briefing on Wednesday expressing his disappointment over the stance taken by the Buddhist Prelates over the intended new Constitution also said: “The final decision has to be made by Parliament. Six committees have been appointed in which some members are from the Opposition. The reports formulated by these six committees will be submitted to Parliament. If it is passed by a two third majority and if the Supreme Court orders to go for a referendum, people can come up with their opinions,” he said.

The Minister also went on to say that it is with the agreement of the Sinhala majority only the Constitution will be implemented.

So realizing the importance of the support of the Sinhala majority only the Leader of the Opposition and the TNA Leader R. Sampanthan during his address at the Sarvodaya centre in Colombo a few weeks ago made a fervent appeal to the people in the South to support the intended new Constitution which prioritizes solutions for the long standing ethnic issues in the country while containing various aspects on improving the human rights situation in the country.

Since becoming the Leader of the Opposition Sampanthan is adopting a non- confrontational approach in dealing with various post-war issues thinking in the best interests of the country.

Sampanthan even came under severe criticism from the hardliners for his diplomatic approach towards handling the political issues as well as the post-war humanitarian issues. Those who attempt to disrupt any good attempt in stabilizing peace and reconciliation in the country should understand that there is another side of the coin in the Tamil politics.

The emergence of Northern Chief Minister C.V. Wigneswaran and his firm stance on dealing with the political challenges faced by the Tamils with the backing of the hardliners in the North and the East as well, from abroad will even be a tough task for those engaged in bringing out a new Constitution.

The country has a long history of religious extremism playing a bigger role in frustrating constructive attempts made towards settling National issues.

With fanaticism already raising its ugly head in the South, those who are living in the ‘comfort zone’ should be extremely cautious in making comments when decisions are taken to resolve burning issues.

The Tamil National Alliance Spokesman, and Parliamentarian M. A. Sumanthiran responding to the comments made by the Buddhist Prelates on the Constitution has said that rejecting a new Constitution was somewhat like rejecting the efforts taken to build peace and reconciliation in the country.

Sri Lanka has already made its commitment by cosponsoring the Geneva resolution towards fulfilling the political aspirations and resolving the post-war humanitarian issues.

[alert type=”success or warning or info or danger”]So the salvo fired towards the intended new Constitution by Buddhist Prelates has even been described as ‘multi barrel’ attack by another TNA Parliamentarian S.Sritharan.[/alert]

Since the multi barrel attacks, artillery attacks and aerial attacks destroying the peace for three decades, the leaders of the National Unity Government should see the immense sacrifices made towards paving the way for peace and reconciliation, and should not be ridiculed by the fresh salvos fired politically.