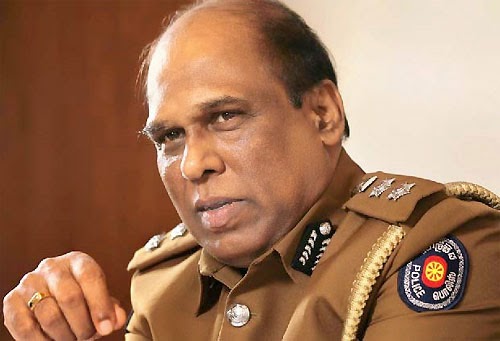 DIG Anura Senanayake is tipped to be the next governor of the Northern Province, a report said yesterday.“The term of office of the present Governor of the Northern Province General G.A Chandrasri ends on June 30. Speculation is rife that DIG Anura Senanayake who is expected to retire by that time would be made the next Governor of the Northern Province,” Malarum.com said. “Anura Senanayake wields a great amount of trust from the State leadership would be appointed the next Inspector General of Police.
His term of office expired recently and was extended by another six months. It was rumoured that his term of office was extended by another six months to appoint him as the next Inspector General of Police. However, it has been reported that the government has decided to allow the present IGP to continue his services and Anura Senanayake appointed as the Governor of the Northern Province,” it said.
“The government is of the opinion that the issues they face in appointing a new Governor could be alleviated by this appointment. It was made known to the government by many that appointing an ex-military officer to the post of Governor was not favoured by the Tamils in the North, their political representatives and the international organisations. “However, it is said that the stance of the government is that if the post of Governor is assigned to a civilian who lacks administrative capabilities in a region where a large population of army personnel is deployed, administration in the region would become a difficult task. The government is of the opinion that DIG Senanayake would be the most appropriate choice to manage both issues.
“Taking into consideration his seniority in the Police force, the army personnel deployed in the North would treat him with regard and respect. Hence, it is considered that he would be in a position to exercise authority on the army in civil matters. Also, the government has another school of thought that appointing a retired senior Police Officer cannot be taken as one that would lead to militarisation.