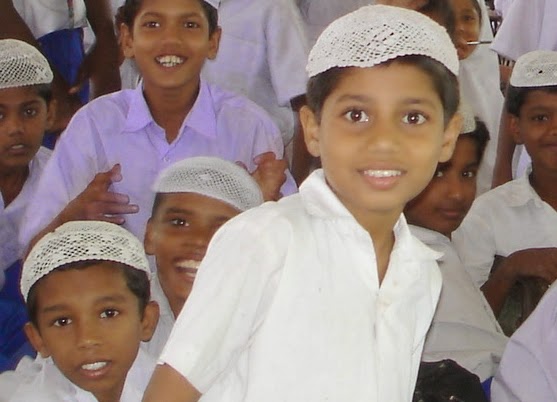 The incidents that took place recently in Aluthgama and Beruwela have definitely had an adverse psychological impact on youth who were affected and displaced due to the violence. The clear drop in student attendance in Muslim schools in the affected area is a sign of fear among the community even though the government claims that the situation in the area has been brought back to normalcy.
Zonal Education Director of the Kalutara Zonal Education Office Priyani Mudalige added that they declared the reopening of the schools in the affected area, last Monday.
According to Divisional Secretary of the Beruwela Divisional Secretariat Janaka Sri Chandraguptha, all the schools in the area had returned to normalcy. However principals of several Muslim schools in the area told The Sunday Leader that there was a massive absence of students as well as staff and in some schools there were hardly any students at all.
Therefore the principals have requested the Zonal Education Office for schools to be kept closed considering the emotional status of the students. According to the principals, there is only one week left before the school holidays.
Western Province Chief Minister Prasanna Ranathunga had reported that Al-Humai-zara College, Zahira College, Samsudeen Muslim College, Aluthgama Maha Vidyalaya, Sri Gnanissara Maha Vidyala, D.S. Senanayake College, Kaluwamodara Middle School and the Beruwela Roman Catholic College however remained closed since those schools had been providing accommodation to displaced communities at the time.
Even though the Zonal Education Office declared the reopening of the schools by Monday, some schools were not functional and did not have a suitable environment for reopening, several principals noted.
The School Management team of the Al-Humai-zara National College, China Fort, Beruwela added that on Monday when school started there were only six teachers and thereafter school was closed for the remaining four days of the second term. A member of the staff added, “Those six teachers live close to the school.
There are 73 teachers in the school and 23 are from Dharga Town which was most affected. This is a boys’ school and it is nearly impossible to control them especially under these circumstances”. According to them the school provided accommodation for 999 displaced persons (267 families) and by last Saturday most of the families were sent back to their homes but the schools had to intervene to settle several remaining families in order to reopen the school by Monday,” the staff member said.
He added, “The students missed the second term exams that were scheduled from 17th to 27th of June. Even though the A/L students were on study leave, we had plans to conduct revisions and this incident has clearly affected their state of mind”.
Aluthgama Veediya Muslim Ladies College in Dharga Town also reported a massive drop in student attendance. A staff member of the school added, “In this area, almost all the children were affected by the incident. Some of their houses were burnt down along with their books and uniforms and some of them are still displaced. We cannot expect them to return to school as if nothing has happened. Most of them are still scared”. According to her, there are 1200 students in the school, but only about two hundred students had turned up for classes last week.
According to her, the principals of the schools in the area had requested the government to keep the schools closed for the remaining few days of the school term considering the students’ state of mind. However she added that the authorities insisted that all the schools should be reopened by last Monday just to show the world that everything had returned to normalcy – which is not the case.
A principal of one of the Muslim schools in Aluthgama added, “It is necessary to establish a friendly environment for studying before reopening the schools. In a blink of an eye, their lives will not get back to normal – the fear they experienced will not be erased. Most of their parents have lost their livelihoods and are experiencing irrecoverable losses and that will directly affect the education of the students and their mental state”.
Another principal of the area pointed out that it is crucial to assure students that they are safe in this environment, but steps need to be taken to address their psychosocial issues in order to give that assurance. He said, “The government needs to be committed to providing that assurance. Experiencing such violence can give way for post traumatic stress disorder and similar mental and emotional health issues”.
He added that especially when it comes to young children they are fragile and they do not have the capacity for analytical thinking – and therefore it will not only leave scars but could contribute to developing hatred towards other religious and ethnic groups and towards the community as a whole. Therefore he pointed out the necessity for reconciliation between communities in order to avoid further clashes in the future.
In the meantime, Zonal Education Director of the Kalutara Zonal Education Office Priyani Mudalige assured that students had attended school last week even though there wasn’t full attendance. She added that they did not consider the principals’ request to keep the schools closed for the remaining few days of the school term as the situation had reverted to normal and there were no reports or complaints of any incidents. However she added that since students missed the second term exams, they have decided to hold the examinations once the schools reopen after the fasting season.
When asked about what measures would be taken to address the educational needs of the affected students, she added that they would consider providing the required books and uniforms to those students with the help of the Divisional Secretariat. She added they would also launch awareness campaigns on religious and ethnic harmony to build positive thinking and assure students of their safety.