Sri Lanka: 22 amendment is merely cosmetic as it does not make any substantive changes to the President’s powers 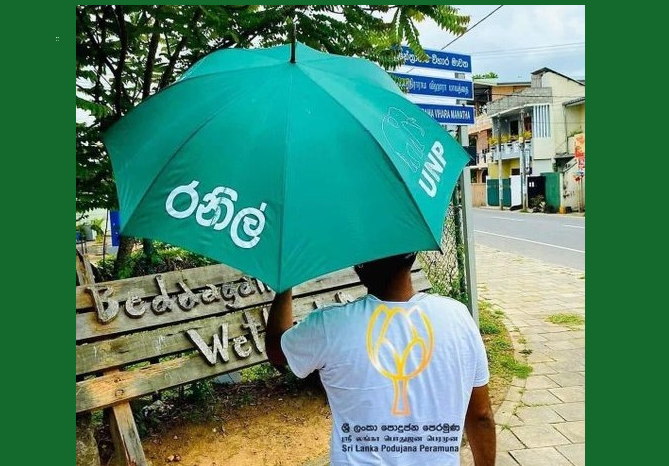 A Bill termed the 22nd Amendment to the Constitution was passed with amendments by Parliament last week. It secured a two-thirds majority with 179 parliamentarians voting in favour and a single MP voting against while 45 MPs were absent during the vote. The third reading of the Bill was passed with amendments after the Committee stage also with a majority of two-thirds.

The purported aim of the amendment is to empower Parliament over the executive president and curb excessive powers of the president. Despite reversing some of the draconian elements of the 20th Amendment enacted in October 2020, the new amendment does not replace the far more progressive 19th Amendment passed in 2015. Under the new amendment, the President, the Cabinet of Ministers and the National Council will be held accountable to the Parliament. A significant provision in the Amendment is disqualifying dual-citizens from contesting elections in Sri Lanka.

The latest amendment to the Constitution is merely cosmetic as it does not make any substantive changes to the President’s powers. The centralisation of power around a single individual holding office of the presidency still continues. The checks and balances that were demanded by the public in recent country-wide protests have not been included. The Independence of the public service and the judiciary, transfer of power to Parliament and the meaningful empowerment of the prime minister are also missing.

The disastrous presidency of Gotabaya Rajapaksa despite having overwhelming powers bestowed to him through the 20A and enjoying a two-thirds majority in Parliament, should have convinced every one of the dangers of concentrating power with one institution and a single individual. The current crisis may have been avoided or at least mitigated if there was a degree of oversight by the Parliament. Despite the legislature being responsible for the finances of the Republic there has hardly been an opportunity for Parliament to intervene while the Government of President Gotabaya Rajapaksa was making one policy mistake after another.

In any other parliamentary democracy, the Governor of the Central Bank, the minister in charge of finance and public officials would have been under constant scrutiny. Here, instead of such checks, the minister in charge of finance was hardly in Parliament even to answer a question from the members of the Opposition. An independent police, an Attorney General’s department and a judiciary would have set the necessary checks against the rampant corruption that raged for the last years devastating the economy. Public servants acting independently would have been able to advise the Government on the follies of their policies without fear or retribution.

In the wake of the new constitutional amendment falling short of basic democratic aspirations of the people, it is necessary to agitate for change. The political leaders who are presenting themselves as the alternatives to the Rajapaksa regime must demonstrate courage to address not only the desired structural change in the executive but also address the long-held aspirations of the minority communities to be equal partners in the governance of the State. Until such time there is a proper democratic framework with space for all shades of political opinion to be represented the constitution making process will remain incomplete. Cosmetic changes such as the recently passed amendment will not suffice in this endeavour.