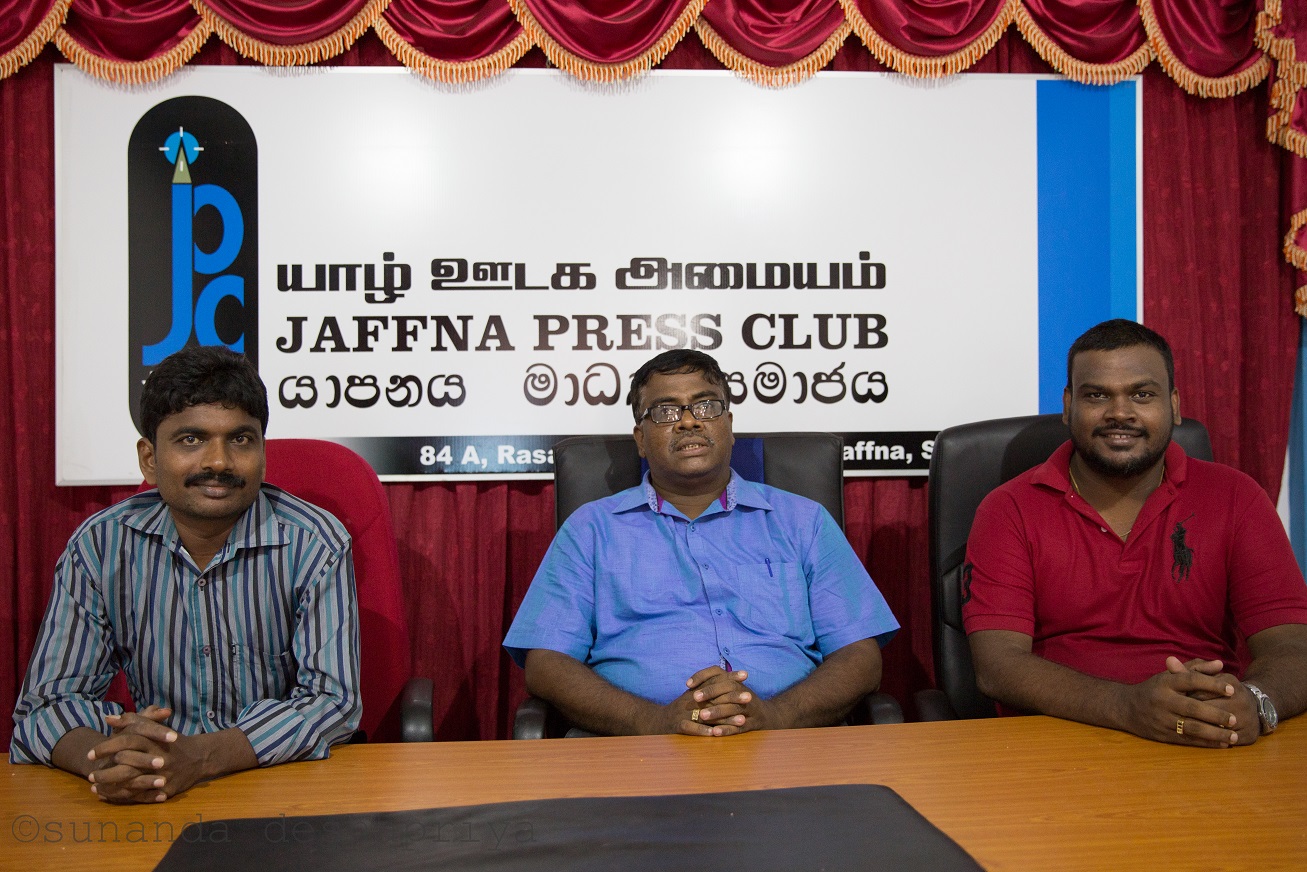 Image: Why not a single investigation on Tamil journalists killed  launched, ask the leaders of Jaffna Press Club. (c) s.deshapriya.

(Geneva, September 14, 2017) – United Nations member countries at the Human Rights Council in Geneva should press Sri Lanka to promptly meet the targets of the council’s October 2015 resolution for transitional justice, Human Rights Watch said today. Sri Lanka should put forward a time-bound and specific implementation plan on the four transitional justice mechanisms it agreed to establish as pledged in the resolution.

The UN high commissioner for human rights, Zeid al Ra’ad Hussein, in his opening remarks at the council on September 11, 2017, highlighted Sri Lanka’s lack of progress, and called on the government to realize that its obligations are not a mere “box-ticking exercise to placate the council but as an essential undertaking to address the rights of all its people.”

“Governments at the Human Rights Council should be clear with Sri Lanka that setting up various reconciliation offices and talking of progress is not the same as implementing the 2015 resolution,” said Meenakshi Ganguly, South Asia director at Human Rights Watch. “Long-suffering Sri Lankans need to see the resolution fully carried out, and they need to see evidence that justice is being achieved.”

Sri Lanka has largely failed to implement the consensus UN resolution, Human Rights Watch said. The government dismissed the report submitted by the Consultation Task Force, a broad-based civil society effort established by the government to put the resolution into effect. And it took Sri Lanka’s president 18 months to formally create an Office of Missing Persons, as set out in the resolution and enacted by parliament. The gazette notification took place on September 12, just as the Human Rights Council session got underway and a few weeks before Sri Lanka is to present an oral update on steps it has taken to carry out the resolution.

Sri Lanka’s nearly three-decade-long civil war between the government and the separatist Liberation Tigers of Tamil Eelam (LTTE) ended with the LTTE’s decisive defeat in May 2009. Both sides committed many grave human rights abuses, including summary killings, abductions and enforced disappearances, torture, and sexual violence. There are well-documented allegations of laws-of-war violations, particularly during the final months of the war.

The government’s lack of progress in investigating and prosecuting these many crimes spurred the Human Rights Council to adopt the consensus resolution. The Sri Lankan government agreed to carry it out and to report back periodically on its progress.

Sri Lanka has invited several UN human rights experts to visit over the past two years and has given them free and unfettered access. However, the government has largely disregarded their recommendations. One of the key undertakings in the resolution was security sector reform, including repealing and replacing the draconian Prevention of Terrorism Act (PTA) with new legislation that meets international standards. Instead, the government has floated various drafts that in some cases are worse than the existing law, which remains in effect.

The UN special rapporteur on transitional justice, Pablo de Grieff, will make his first official trip to Sri Lanka from October 10 to 23.

“The special rapporteur has been engaged in transitional justice issues in Sri Lanka for a long time, and it is crucial for him to use his first official trip to call out Sri Lanka on its hesitant steps toward justice for victims,” Ganguly said. “Sri Lankan officials need to show that they can do more than just talk the language of human rights and instead put those words into action.”