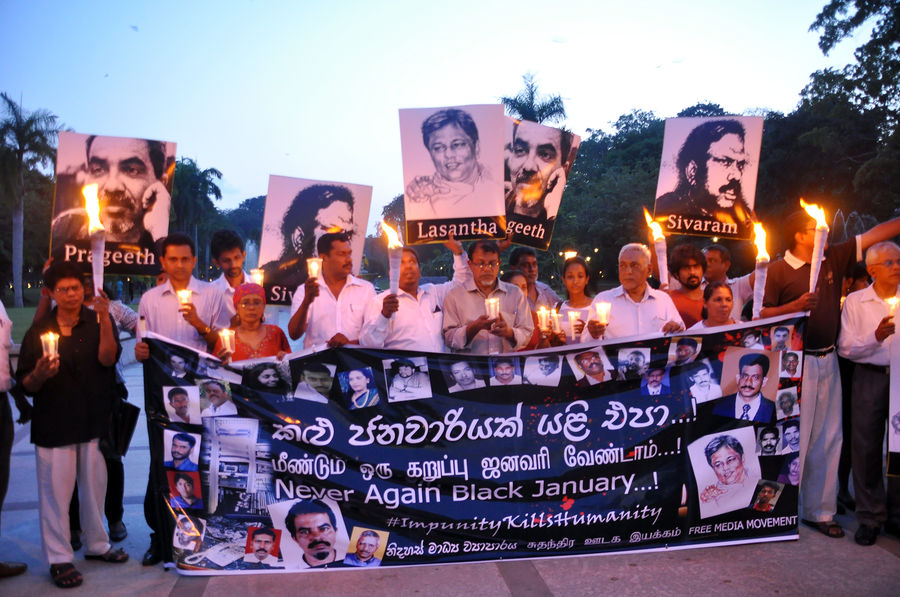 The government has unveiled a plan to restrict protests in Colombo and its suburbs and areas surrounding Parliament.

Law and Order and Southern Development Minister Sagala Ratnayake has directed his ministry Secretary Jagath Jayaweera to take immediate steps to issue a gazette notification naming two places where people could gather to carry out protests.

Minister Ratnayake gave the directive in response to representations made by Senior DIGs at a meeting presided by Prime Minister Ranil Wickremesinghe held at Temple Trees on Jan. 13. Minister of Prison Reforms, Rehabilitation, Resettlement and Hindu Religious Affairs D. M. Swaminathan was also been present at the meeting.

Senior DIGs told Premier Wickremesinghe and ministers that recurring protests in Colombo and its suburbs as well as along the roads leading to Parliament severely inconvenienced the public.

Premier Wickremesinghe, in his brief remarks, urged the police to focus on the structure of the department, training and the bilingual ability.

The PM said that restructuring and modern technology were required to achieve their objectives. He also recommended devolving police powers to divisions to improve efficiency.

The PM revealed government plans to provide helicopters to the police to carry out their duties more efficiently.

By Shamindra Ferdinando /The Island