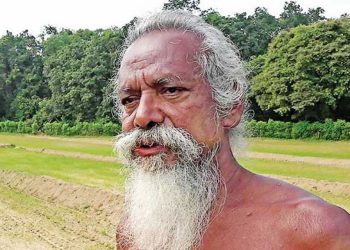 Sri Lanka’s leader of Indigenous people (Wadda community) Uruwarige Wannilaeththo and the Center for Environmental Justice today (08) filed a writ petition with the Court of Appeal seeking an immediate restraining order against the move to take over the aboriginal homelands and hand them over to major companies for maize cultivation.

The Minister of Wildlife, the Secretary to the Ministry of Environment, the Mahaweli Development Authority, the Directors General of the Wildlife and Forest Conservation Departments have been named as respondents in the petition.

The petitioners, including Uruwarige Wannilaeththo, have pointed out to the Court of Appeal that the Mahaweli Development Authority (UDA) has taken over more than 5,000 acres of forest, which has been used by Sri Lanka’s indigenous population for centuries to sustain their livelihoods.

They also point out that owing to the move the indigenous population are at risk of losing their livelihoods.

The petitioners have pointed out that the companies which acquire the land have illegally filled them blocking the canals supplying water to Rambaken Oya, causing great environmental damage.

Therefore, the petitioners request of the Court of Appeal to issue a writ order restraining the respondents immediately.