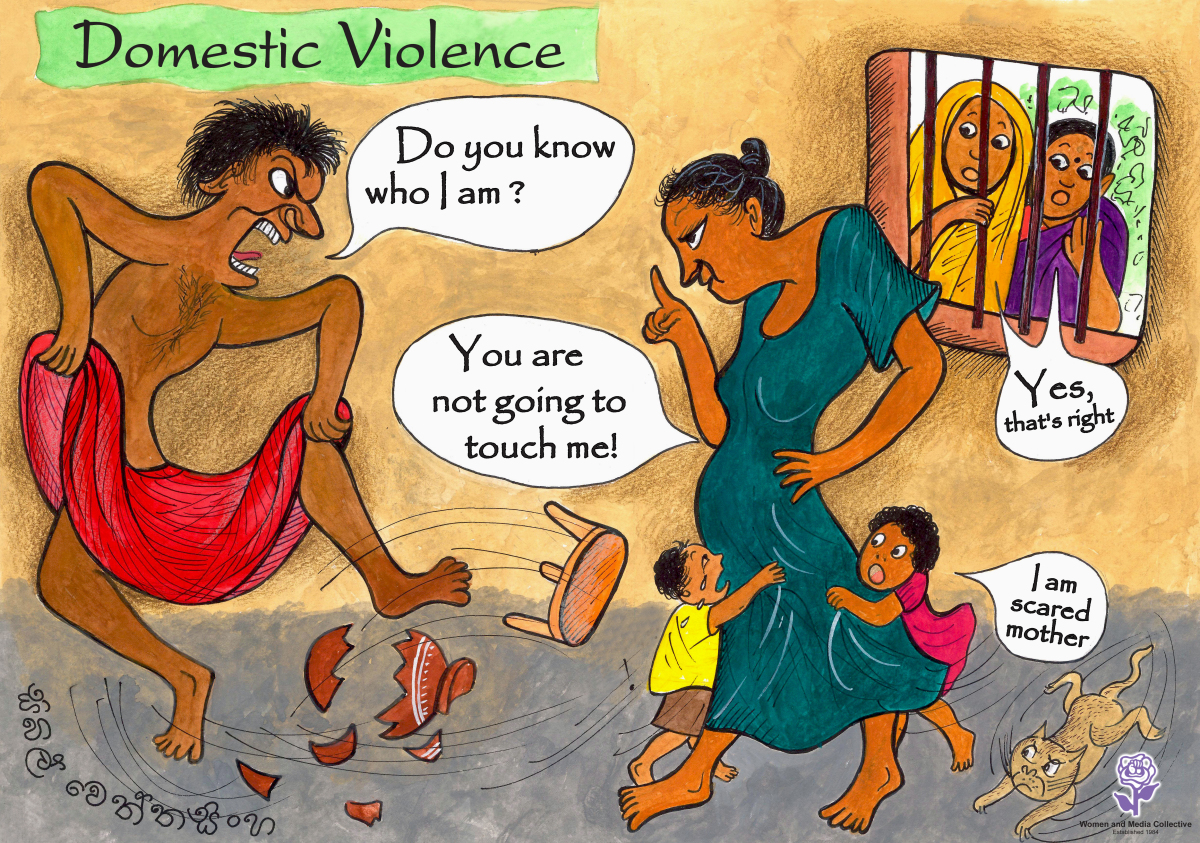 Supposed mediation of domestic violence cases by the Police and community Mediation Boards that aim to facilitate an amicable settlement with the view of ‘protecting the family unit’, perpetuate domestic violence.

Not only does mediation in cases of domestic violence proves ineffective but also where the majority of victims is women, it has serious implications on equality. This process gives the continuation of abuse the outlook of state sponsored domestic violence.

Marital rape is not recognized as a crime in Sri Lanka. A multi district study[3] in 2012 shared that one in five ever-partnered men aged 18–49 reported perpetration of sexual violence against an intimate partner.

Sri Lankan law still allows for child marriages within the Muslim community. Law on statutory rape does not apply to these cases.