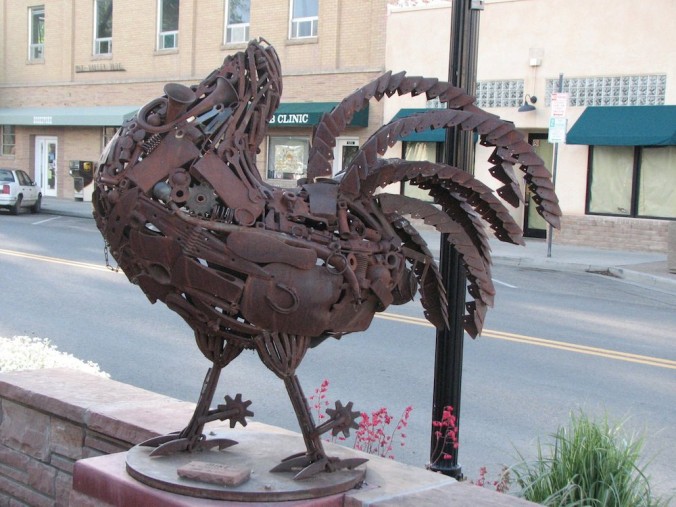 (UNP and Allies versus the Rajapaksas abetted by underling Sirisena)

Who is the scumbag, one of these or the elephant not in view? You decide.

The dramatist personae for this column are a fainthearted, past his use-by-date, snob, a conspiratorial, deranged grama sevaka, and behind them the looming shadow of a resurgent ogre of despotism. A line-up worthy of Macbeth; the foolish Thane of Glamis, his wicked soul-mate and witches stirring a pot; ‘Fair is foul and foul is fair; hover through fog and filthy air’.

A no-confidence resolution has been carried in parliament against President Maithripala Sirisena. You say, no I got my facts wrong! You say a no-confidence motion (NCM) against Prime Minister Ranil was roundly defeated. You see, we are both right; you report facts, I want to talk politics. Sirisena suffered a greater defeat than the Opposition which sponsored the NCM; he was the conniver, not behind the scene, but openly on the front rank. Hence, in a sense it was his head not Ranil’s that was on the block! It has rolled. Let’s get this straight, Sirisena seems to be deranged and scampering like a headless chicken, but there is logic to his madness. There is no avoiding the obvious; he has made a deal with the purveyors of fog and filthy air and delivered his part of the deal. And which racist scum-bag said “The TNA should not participate in the NCM”?

JVP will remain in a permanent state of confusion

A Rubicon has been crossed. Let us cut through the fog, put aside intrigues and delineate the new landscape. The next two years will be a contest between two formations. On one side the Rajapaksa clan with a Sirisena underling, together with the Joint Opposition and the Dead Left in tow. The other side will be the UNP, minority communities and minority parties (TNA, Muslims, Ceylon Tamils, Upcountry Tamils) and smaller conglomerations of Sinhalese such as Champika. The forms of this alliance will alter event by event – presidential elections will not be the same as parliamentary no-contest pacts. On the big picture, however, the two alliances are stable. The JVP will remain in a permanent state of confusion and bewilderment.

If my reading that Sirisena has, on behalf of the opposition, taken on the job of bringing this government to disarray is correct, then his target will be to drive the UNP to defeat in 2020-21. When in a governing coalition one partner is a fifth column, an agent of the enemy, and when that agent is none other than the President, then Lanka is in hitherto uncharted waters. Even if he is a damp squib on the mass political scene, a President by virtue of his constitutional office has considerable scope to create havoc and the power to use and abuse the military. Sirisena is attempting a constitutional coup for ends he lacks parliamentary support or backing in the body politic to carry through.

Beginning of a new phase

The outcome of the NCM is not the end but only the beginning of a new phase that will stain the next three years. Whether Ranil survived or not would not have mattered; any alternative UNP PM would have been driven to crisis. The NCM’s objective was not replacing Ranil; it was to pave the way for a Rajapaksa return with Sirisena as hopeful job-hopper. A dangerous new phase, a period of intense instability with the initiative in the hands of the Opposition after February has commenced – the JO blunted this plus to a degree by NCM’s 122-76 defeat. Today’s UNP consists of a bunch of amateurish johnnies-come-lately who have no clue what’s going around their ears or before their eyes. This is the most unintelligent UNP leadership of all time and I would love to see it in the dustbin except that the alternative is the Rajapaksa bandwagon.

To be perfectly fair one must put Sirisena’s case fully and fairly. Has Ranil made himself so toxic that the President had no option but to remove him by any possible constitutional means? Disagreement on policy does not give the President this option if the UNP holds a governing plurality in parliament. But if the President was concerned about moral turpitude, intervention was justified.

I believe that Ranil could not have been ignorant of Mahendran’s corruption but preferred to look askance. Political pundits think they know why. The UNP was not rich and the grama sevakaya did not have two kopeks to scratch his bottom with before January 8. It is alleged that Mahendran lent funds to match a small fraction of the Rajapaksa loot and RMB donations. It is then alleged that the scam was the way in which repayment was engineered. If this be true it does pose something of a moral dilemma.

A return of Mahinda Rajapaksa for a third term would have been a greater evil, immeasurably greater. Nevertheless, if you do believe Sirisena was concerned about moral hazard, despite being the main beneficiary, you could contend that his attempt to remove Ranil was justified. Though he would have known where the funds for his election campaign came from, the point here is a supposition that, before a stink was raised in public, he was not aware of how reimbursement was being arranged. I will leave you to weigh up these probabilities and to fret over the moral dilemma, but I repeat that in my view the return of Rajapaksa would have been a greater evil than the bond scam.

UNP is a party with no vision

To push on, Ranil survived the NCM but he is now damaged goods; the UNP is a party with no vision. The Ranil-Mangala-Malik economic strategy likes in ashes; it was from the beginning out of date old-fashioned liberalism (not globally defeated neo-liberalism); it can be sharply contrasted with Modi’s imaginative populist ‘digital capitalism’, or Xi Jinping’s modernising, party-state led, mixed economy. I have given up writing “they should do this” and “they should do that” columns because nobody reads, and in any case the exertions of this government are now futile. Consumed by internal strife, it can achieve little on the development side in its two remaining years in office. It can at best make as many hand-outs as possible as an election winning strategy. Amen!

Not only have yahapalana’s economic prospects evaporated, a house divided against itself can have no vision or ambition. Most think Trump is a nutter, but Make America Great Again is a vision that has sold and there are a lot of (mainly nutty) specifics to go with it – walls, trade wars, pacts torn up, allies humiliated, defeat at the hands of short-man Putin and fat-boy Kim, etc. Visionary jokers have jokes to tell and sell. The now-UNP however is in Tamil a pachchathani party; history will not include it even in a footnote. Its sole achievement is that in participated in the leadership of the January 8 Movement to restore democracy. That was my only objective at the time and a common candidate was a handy but disposable stepping-stone. Others, bless their souls, expected more.

Intelligent UNPers (yes, there are a few around; I know some) are dismayed. “What a chance we have thrown away, what an opportunity squandered; we should have made big breakthroughs in the first year; it’s too late now”. Mahinda, for his part, is brimming with ambition, vainglorious may be, but enthuses supporters and entourage. The Opposition’s defeat in the NCM by a large majority gives the UNP a brief breathing space but I have no confidence it will take opportunity by the forelock and build on it. I will plug my thesis of a Third Alternative from time to time but space does not permit comment today.

Are Ministers of various rank who declared that the head of the machine (PM) was unfit, still going to remain part of government and enjoy their perks? Of course they will! Maybe it is only in Sri Lanka that one finds Ministers and MP’s so unprincipled and opportunist – just a rhetorical remark, it goes on in other places as well.

Do you watch Dharshana Handungoda on Sinhala TV? On NCM day he spent 15 minutes telling viewers which MP had been bought for how much (prices range from Rs25 million to Rs80 million) for voting this way or that; (https://www.youtube.com/watch?v=rTQQghXbKIg) – Brilliant! He had no qualms naming names of payees and payers.