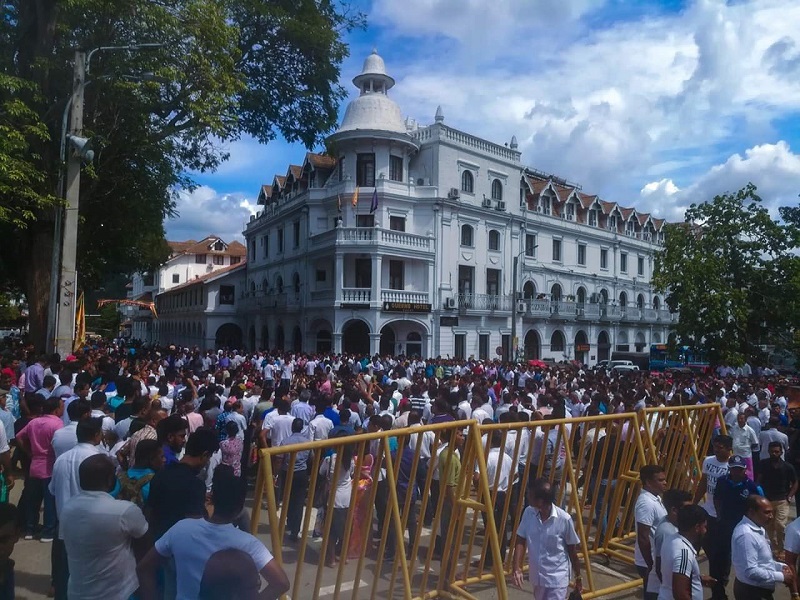 (Editorial, Republic Next.) National Thowheed Jamaat leader and terrorist Zaharan Hashim was an outcast in his own community.

He was expelled from the Madrassa he was studying in and was rejected by his community in Sainthamaruthu, according to the multiple reports that have detailed his life.

Zaharan lived in the shadows, and Police have admitted they could not keep tabs on him because he did not use a mobile phone.

By the terror attacks he planned and executed, Zaharan hoped that the entire Muslim community in Sri Lanka would be demonized by society as he had been.

A day after the Easter attacks Former Minister Rauff Hakeem said that was the “the very purpose of these attacks, to push the Muslims to the margins.”

Hakeem leader of the Sri Lanka Muslim Congress told RepublicNext that “ people are trying to keep a distance and that kind of uneasiness is creeping in and that is very worrying.”

Hakeem appealed to the majority Sinhala community “to be more compassionate as we are feeling more beleaguered than anybody else.”

But some in the majority community are not heeding that plea.

On May 13 anti-Muslim violence spread in the Kurunegala area. Only one death occurred but dozens of Muslim-owned businesses and homes were attacked by rampaging mobs.

Local Muslims and non -governmental agencies complain that police were slow to control the rioters.

Political involvement in the mob attacks

Some members of the Sri Lanka Podujana Peramuna were accused of being involved.

Three leading members of the Pivithuru Hela Urumaya had their passports impounded.

The ruling United National Front also failed to take a firm stand against the attackers.

Then, just ten days after the riots, came the stunning pardoning and release from prison of the General Secretary of the Bodu Bala Sena, Galagodaththe Gnanasara Thero by President Maithripala Sirisena.

It was a tactic that Sirisena is hoping to use to shore up support from Sinhala hardliners. Within hours of his release, Gnanasara was breathing fire and brimstone, charging up his base against Muslims.

Hiru TV gave him two-hours of prime time space where he demonized Muslims and painted himself as the savior as he had flagged Islamic extremism years ago.

The three journalists on the program did not challenge his facts or his views.

Muslim leaders who flagged Zaharan’s activities long before the Easter Sunday attacks had also told the authorities that BBS attacks against Muslims in Aluthgama and other places had helped radicalize their youth.

The goings-on in Kandy since last Friday and the forced resignations of Governors M L A M Hisbullah and Asath Sally due to protests by Monks took the crisis to another level.

Malcolm Cardinal Ranjith visiting Athureliye Rathana Thero who was on a hunger strike against the Muslim politicians did not help.

It gave strength to some Sinhala Catholics who are increasingly adding their voices to the rising crescendo of Islamophobia.

On Monday Muslim Cabinet Ministers, Deputy Ministers, and State Ministers quit their portfolios saying they could not hold positions in a government that did not care for the safety of their community.

Around the world studies have shown that marginalization of communities’ drives young people to radicalize.

In 2013 University of Victoria and the Victoria Police in Australia did a story named “Community and Radicalisation” in response to several Australians traveling to Syria to join wars there.

The study found that “dominant perceived driver in relation to socio-cultural factors in forming radicalization and extremism was the broad domain of marginalization, racism and social exclusion.”

Gnanasara Thero gets it. He criticised the Monks who are creating a rift between Sinhalese and Muslims. “This will drive the traditional Muslims towards the terrorists,” he thundered on Monday at a press conference in Colombo.