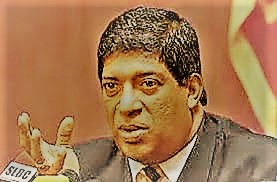 Parliamentary Reforms and Mass Media Ministry Secretary Nimal Bopage yesterday reiterated his firm refusal to sign the document pertaining to the leasing of 58 vehicles to be given to MPs.

Responding to a question by journalists at a press conference in the ministry auditorium, the Secretary was adamant that he could not give his assent to the move unless all the issues concerning it were resolved. The Cabinet has approved to provide 58 vehicles on lease to MPs to monitor development projects of the Government. The Secretary pointed out the tender procedure in that regard had been started by the Finance Ministry even before Cabinet approval.

“The current Parliament has only 45 months left where as the vehicles are to be taken for 60 months for a monthly lease of Rs.590,000. With the addition of VAT and NBT this amount will be Rs.700,000. If we are to settle the lease within 45 installments, it would be Rs.900,000. Even after paying this sum, the Government does not get the ownership of the vehicles,” he stated. He said this move did not receive approval from the Technical Evaluation Committee and Cabinet appointed Procurement Committee, adding that even the President made an observation that the monthly lease was too much.

Asked whether the Government would go ahead with the move by getting the document signed by the Finance Ministry Secretary, Bopage said, “Once rejected by one Secretary, I do not think another Secretary will be willing to sign the same document”.

The Secretary said during the Cabinet Sub-committee on Economic Management, he was asked to “sign or resign,”but added that he could so far resist the pressure and survive without doing either. “The normal procedure is that a Secretary endorses the decision once approved by the Cabinet, but in this case I have my reasons not to do so,” he said.