Media Freedom in Sri Lanka: PM should ask Gota how he messed up and try not to repeat 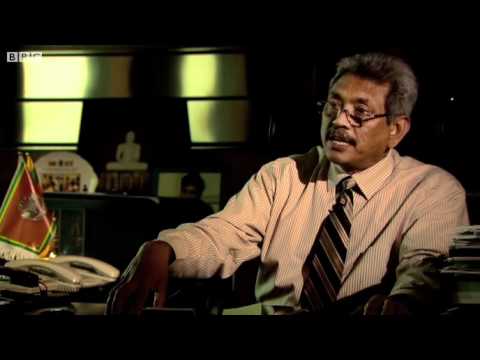 Image: For Gotabhaya Rajapaksa feisty journalists and lowly civil society activists were formless, hapless disgusting creatures who needed to be put in their place.

Two weeks ago, Navy Commander Vice Admiral Ravindra Wijegunaratne assaulted provincial journalist Rohan Pradeep Kumara who was covering the protesting port workers at Hambantota port. The assault was videod, widely reported in the media and uploaded to You-tube. Given the obscene language and wanton thuggery unleashed during the whole affair, one could argue that the incident was a public relations disaster for the government. The government however was unmoved; it either thinks the laws do not apply to high-flying military ranks. If that is the case this is one thing the former regime and the incumbent can find common ground at last. Or it simply cannot act, because that would be against this whole grain of sacred national security. That was what the former regime argued as well, when the protestors were shot in Rathupaswala and dissidents were abducted in white vans.

What is more disturbing is some of the government interlocutors blame the victim for getting beaten up. Others find themselves unable to speak up; even those who summon courage to talk, deliver a qualified apology. An assault is an assault, it does not cease to be so when it is the Navy Commander who is the alleged perpetrator.

The government has the right to dislike some media, but it does also have a duty to defend media, whether it likes their coverage of the government or not.

This whole affair reminds me of an incident that occurred during the early years of the Rajapaksa administration. In 2007, journalist and then Deputy Editor of the Nation newspaper Keith Noyahr was abducted and tortured by a group of unidentified men, who subsequently dropped him by the road side. During his ordeal, Noyahr who under a pseudonym wrote a well- received defence column was asked to disclose the sources of one of his recent columns in which he was critical of a military higher-up. It was one of the earliest abductions and the media were unusually lively in protesting against the incident, for they themselves thought this could be an anomaly rather than the norm of the then government’s conduct. After a large media protest in Kollupitiya, Poddala Jayantha and Sanath Balasuriya who were then the President and General Secretary of the Sri Lanka Working Journalists’ Association, who also happened to work in the Lake House were summoned to the Defence Ministry by the then Defence Secretary Gotabaya Rajapaksa. His grouse was with the two media men ( not the army top brass implicated in the assault). He decreed that state media employees, who he described as government employees should not criticize the government. He refused to discuss, let alone to investigate the abduction and the complicity of the military top brass and threatened the worse if the media activists kept sullying the honour of the military. For him, feisty journalists and lowly civil society activists were formless, hapless disgusting creatures who needed to be put in their place. He did that in the following years with an admirable efficiency that would put to shame many Middle Eastern despots.

“What is interesting in this country is that the rise and fall of fortune and credibility of every government in recent times has been cyclical: they all set-off pledging to be the epitome of good governance. ”

That incident in 2007 set the broad guidelines of the then government’s relationship with the media. The government’s explicit conduct then outlined who was above the law and who did not count in that law. The military was above the law and became a law unto themselves. The media and many other kinds of noisy dissidents did not count in that law, so liable to be white-vanned, locked up and snuffed.At first, impunity was allowed in selected cases, but as it was proved, once the wheels of impunity were put into motion, it took a life of its own. Lately, even the ever vigilant Defence Secretary might not have known who was killing whom and who was abducting whom, and for what?

The rest of that is history; only that we have a long list of victims and a looming international antipathy, which has not yet faded away because of monstrosity that defined this country.

The past can at times, provide a good deal of lessons. What is interesting in this country is that the rise and fall of fortune and credibility of every government in recent times has been cyclical: they all set-off pledging to be the epitome of good governance. People though do not believe in all that has voted them to power, because their predecessor had proved to be abysmal in every count. Then by the middle of their term, the government begins doing everything that its predecessors had done, and by the end of the term, it proves to be worse than its predecessor. By now the people had forgotten how egregious the predecessor had been, so cometh the election, they elect the Opposition. Thus a new cycle begins.

There is no reason not to believe this government would not follow the same cyclical pattern, however it is still a bit too premature for it to destroy all its goodwill. The former regime of Mahinda Rajapaksa could have been very different if it addressed the early signs of impunity and abuse of power. If the killers of five-students in Trincomalee, one of the earliest of extra judicial killings, were prosecuted then and early attacks on media were investigated, the culture of impunity that enveloped the country and later convulsed the government could have been averted.

The same lessons could well apply to the incumbent government as well. If it thinks military top brass are above the law, just as Gotabaya Rajapaksa did then, it is setting a very dangerous precedent – or more accurately it is following up the same precedent set by Gota.

That is a recipe for disaster. Disaster would not happen overnight, but it surely will over the time, slowly but steadily. Perhaps Ranil Wickremesinghe should ask Gota how he screwed up, and try not to repeat it.