Sampanthan calls for a successful conclusion of the constitutional making process 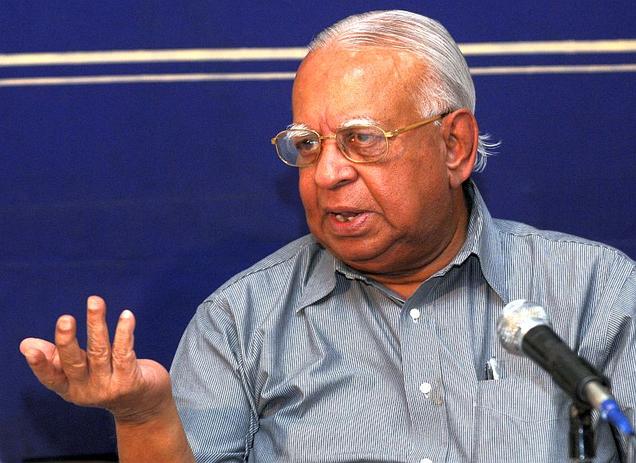 Speaking at the parliament leader of the opposition and the TNA, R.Sampanthan called all parties to contribute to a successful conclusion of the constitutional making process. Emphasising that the reasonable and acceptable Constitutional arrangements recognising their identity and dignity have been a long standing goal of the Tamil speaking People Sampanthan said that the successful conclusion of this Constitution making process on the basis of an acceptable reasonable and substantial national consensus would bring about a firm finality to this issue.

It is not my intention at present to comment on the matters contained in the Interim Report submitted by the Hon Prime Minister or the annexures tabled therewith. These matters will be dealt with at future meetings of the Constitutional Assembly that will be held for that purpose.

I wish to lay emphasis on the urgent relevance and importance of some aspects of the process that we are engaged in.

This is being done within the firm framework of a united undivided and indivisible Sri Lanka. This is the framework within which the Constitution will be evolved and which all of us will voluntarily acknowledge and accept.

The successful conclusion of this Constitution making process on the basis of an acceptable reasonable and substantial national consensus would bring about a firm finality to this issue.

Sri Lanka would perpetually be a united undivided and indivisible country in keeping with the basic and Supreme Law of the country, and on the basis of the free will and consent of all its people.

Sri Lanka is a country inhabited by different people with distinct identities, the Sinhalese, the Tamils, the Muslims , the Malays, the Burghers and so on. Sri Lanka is also a functional democracy, in which several political parties function .While the two main political parties have alternatively formed the Government in this country, other parties too have played their own role.

This would bring the Constitution out of the realm of political expediency and give the Constitution a character which would create the ideal of a Sri Lankan identity and a Sri Lankan nation. We have not been able to achieve this in the Seventy years since independence.
Since 1987-1988 the Constitution making process has been a continuous process. The 13th Amendment to the Constitution was the first time when power sharing arrangements between the center and the Provinces however weak were incorporated in the Constitution. Ever since then, successive Presidents and successive Governments have come up with greatly improved proposals that could contribute towards a final resolution of the national question.

I will not go into details ,at this juncture ,it would be sufficient for me to state that there was substantial consensus ,around all these proposals ,though for various extraneous reasons ,they could not be incorporated into the Constitution. This process, which in fact may be termed as a continuation of earlier processes, takes place in an altogether different environment, with every possibility of success, if all of us are reasonable and committed not to miss this opportunity.

Reasonable and acceptable Constitutional arrangements recognising their identity and dignity have been a long standing goal of the Tamil speaking People. There are many such arrangements the World over .Consequences of non-resolution have had diverse ramifications on the Tamil people and the whole country; educated qualified Citizens of this Country particularly Tamils and Sinhalese have left this Country and taken residence abroad depriving this Country of a great deal of talent; the reputation of this Country has been greatly tarnished internationally having an adverse impact on the Country and its future in several ways; We need to salvage our reputation and win international respect. Our economy has been greatly handicapped and we have been left behind in the economic field, while other Countries in the region have progressed steadily enabling the Citizens of those Countries whose standard of living was lower than us to enjoy a much higher standard of living than we have in our Country, expenditure of vast sums on Defence has deprived us of substantial resources for development in several vital areas, contributing to backwardness.

All these factors make it imperative that we create for our Country, a new future, based upon a new supreme and basic law and that we jointly endeavour to succeed in the fulfilment of this sacred task.

R.Sampanthan
Member of Parliament-Trincomalee
Leader of the Opposition, Parliament of Sri Lanka