Ranil has neither learned nor departed 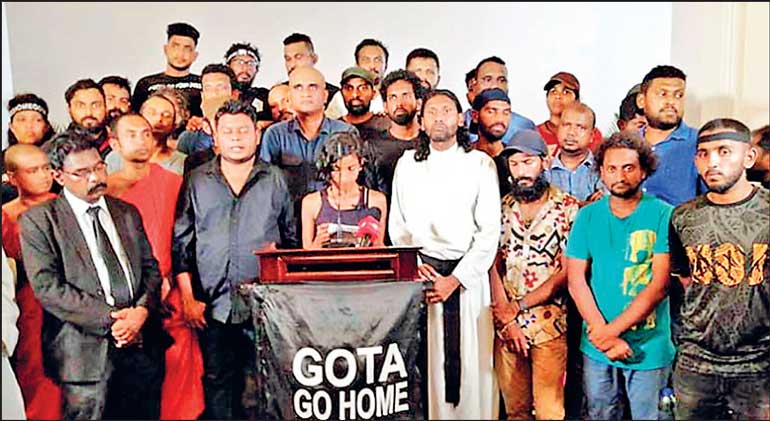 Image: If Basil Rajapaksa, the SLPP puppeteer, could he still manage to pull the strings for RW’s benefit  the Aragalaya will attract fresh momentum.

Acting President Ranil Wickremesinghe’s fidelity to his alma mater, Royal College, is very well known. He has long been accused of cronyism concerning his batch mates and schoolmates in the school “where our fathers learned the way before us.” In fact, it had been made public not very long ago that he and his wife, Maithree, who are childless, will leave their recently torched Fifth Lane, Kollupitiya home to Royal College. That venerable institution is but a stone’s throw away from the Wickremesinghe home. Given his connections with and affection for his old school, he would be more than familiar with its Latin motto, Disce Aut Disce De – Learn or Depart. But this, unfortunately is what Wickremesinghe has failed to do. The country awaits his resignation. He awaits election as president to serve out the balance of Gotabaya Rajapaksa’s term.

Ranil Wickremesinghe continues in office, allegedly minding the shop for the discredited Rajapaksas despite extensive public demands for his resignation. Wickremesinghe was born with the proverbial silver spoon in his mouth. He is a grandson of D.R. Wijewardene, the Beaverbrook of what was then Ceylon, who through his newspaper empire influenced the politics of this country and the direction of its governance, perhaps more than most others, before and after Independence. His father, Esmond Wickremesinghe, who succeeded Wijewardene on the editorial throne at Lake House, was well known for his skills at political maneuver. Esmond is credited for the defeat of Mrs. Sirima Bandaranaike’s left-backed government in 1964. He played a significant role in the election of its UNP successor in 1965 disproving Prime Minister SWRD Bandaranaike’s assertion in 1956 that “the last nail had been drive into the UNP’s coffin.”

The political journey of Ranil Wickremesinghe began at an auspicious moment months before the 1977 landslide election victory of his kinsman, J.R. Jayewardene, who won an unprecedented five sixths majority in parliament. JRJ who by this victory banished what had been a powerful left movement in this country to zero representation in the legislature, appointed RW elected MP for Biyagama as deputy minister of foreign affairs. Incidentally Biyagama is close to Sedawatte where the Wijewardenes have their roots. Wickremesinghe was then barely 28-years old. The foreign ministry was newly created, with what was previously styled the ministry of defence and external affairs held by the prime minister. Thus Ranil assumed what was perhaps the most prestigious deputy ministry in the newly elected Jayewardene government.

Within a very short period, Uncle Dickie gave him full cabinet rank as minister of youth affairs and employment. Thereafter he was given further responsibility as minister of education. Clearly JRJ saw succession potential in RW who however, was not able to outshine either Gamini Dissanayake or Lalith Athulathmudai fiercely battling to succeed Jayewardene together with then Prime Minister R. Premadasa. The late Sarath Muttetuwegama once said that Gamini and Lalith were playing the game on one pitch while the prime minister was batting on another. However that be, Premadasa got rid of both Dissanayake and Athulathmudali who colluded to impeach him while Ranil remained loyal. This paid off and Wickremesinghe won the first of his six terms as prime minister following Premadasa’s assassination.

All that is now water under the bridge. To the detriment on Sri Lanka, gripped today in a state of near anarchy, there is no clarity of what will follow. The going, going Gota has now finally gone, having emailed his resignation on Thursday from the Sri Lanka High Commission in Singapore. He is believed bound for the Middle East, probably Dubai, with the United Arab Emirates reputed to be a haven for fleeing dictators from Pakistan, Bangladesh, Afghanistan and Thailand among others. The city is also believed to be a safe destination for ‘hot’ money from many parts of the world. Wherever GR is headed, the U.S, having refused him entry following his renunciation of citizenship of that country (but his wife and son are U.S. citizen), it is unlikely that he will be back here in the absence of a dramatic reversal of fortunes. GR picked RW to replace MR as prime minister, following the latter’s ignominiously forced exit. This despite RW’s recent record of leading the UNP to zero at the last election. This maneuver was obviously a move to protect Rajapaksa interests as RW is alleged to have done during yahapalana period. Remember his appointment as prime minister was widely derided by calling him Ranil Rajapaksa.

Unfortunately the political bushfire now engulfing this nation had totally submerged the economic crisis which, more than anything else, is crying for solution. The people are less interested in Gotabaya’s successor than in when they will get fuel and gas and the cost of living halted even at its present levels. The political sense as this was being written was that Wickremesinghe will run for president when parliament next week elects one among their number to serve GR’s balance term. Various names have been mentioned as aspirants but the bottom line is that the SLPP, if it stands united, can ensure the election of the candidate of it choice. RW remained prime minister these few weeks thanks to SLPP support. Basil Rajapaksa, the SLPP puppeteer, is still here despite his best efforts to get out. Can he still manage to pull the strings for RW’s benefit? If that be so, the Aragalaya will attract fresh momentum.