Private Sector Urges The Govt To Take Action Against Hate-mongers 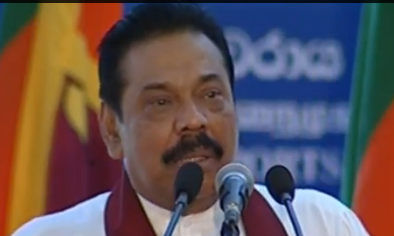 Sri Lanka’s National Chamber Commerce and several other organizations representing the private sector of the country have issued a statement strongly condemning communal violence in Beruwala, Aluthgama, Dharga Town and several other areas in the country. National Chamber of Commerce of Sri Lanka, Federation of Chambers of Commerce and Industry of Sri Lanka (FCCISL), Chamber of Young Lankan Entrepreneurs (COYLE),  International Chamber of Commerce Sri Lanka (ICCSL), Joint Apparel Association Forum (JAAF), National Chamber of Exporters of Sri Lanka, the Ceylon National Chamber of Industries and the Ceylon Chamber of Commerce (CCC) have jointly issued the statement condemning communal violence.
The statement strongly urges the law enforcement agencies to prosecute all those who incited and perpetrated communal violence in Aluthgama and elsewhere and to act immediately and impartially to maintain peace as well as law and order.
The full statement issued by them is as follows,
“The recent events in Aluthgama and elsewhere have caused much concern. In this connection we welcome the President’s decision to appoint a high level panel to inquire into the disturbances. We urge that the Panel comprises eminent personalities, its task be time bound and its recommendations acted upon.  We are encouraged by the call of the President for a culture that “respects and tolerates each other’s views whilst joining hands like the children of one mother”.  Swift action by the Government to ban public rallies and to introduce hate speech prevention legislation is laudable.
In this context we urge all Sri Lankans to reflect on the following:
Under the circumstances, we urge:
We extend our fullest support and co-operation to the President and the Government as they seek to foster peace and harmony amongst our communities and call upon all Sri Lankans to strengthen the hand of the Government in this endeavor.
We re-iterate that our Country and her people suffered immensely as a result of a 30-year conflict. Let us now join hands as children of one mother and move forward towards a peaceful and prosperous Sri Lanka.”
AM
Share
Facebook
Twitter
WhatsApp
Pinterest
Email