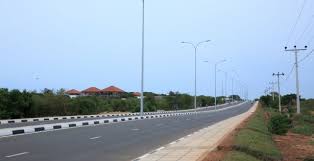 A study commissioned by the Central Bank of Sri Lanka urges a fresh approach to address post-war socio-economic challenges in the north by building on its existing regional capacity and resources.

Authored by an independent committee and launched yesterday at the Jaffna Public Library Auditorium, ‘Economic Development Framework for a Northern Province Master Plan’ offers a forward-looking blueprint to realise the potential of the north and contribute to the national economy.

The report argues that a post-war reconstruction strategy centred on building infrastructure, expansion of credit to promote self-employment and a narrow focus on private-sector investment has failed to meet the expectations of sustained economic growth with increased jobs and higher incomes. Poverty continues to be widespread and is further exacerbated by the indebtedness crisis.

As close observers of reconstruction efforts over the last decade, the authors – academics and professionals from the north – draw attention to the legacies of war on society and economy that underscore the imperative for a unique policy approach. Reasons identified for these poor development outcomes include: a reconstruction strategy that itself lacked a clear direction and ignored the prevailing low level of skills and capacity within the region; insufficient investment to transform the productivity of ‘small-sized’ producers and organisations dominating the economic base; and the continuing fragility of a population coming out of a protracted war which remains a barrier to their participation in development.

The Framework considers such challenges and calls fora comprehensive approach that is structured around three inter-dependent pillars: the factors of production, the enabling environment, and the social foundations of development.

This analysis suggests that an economic growth path that is slower but more stable, and which invests in people and communities to strengthen their social resilience could be an appropriate strategy for the north.
http://www.ft.lk/front-page/Post-war-development—New-direction-needed-for-north–says-new-study/44-672560

The report argues that a two-pronged strategy that focuses on strengthening the north’s economic base while supporting initiatives for export development will create a stronger, more resilient foundation from which growth can be accelerated in the long-term. Potential areas for development in agriculture, industries and the services sectors are also suggested.