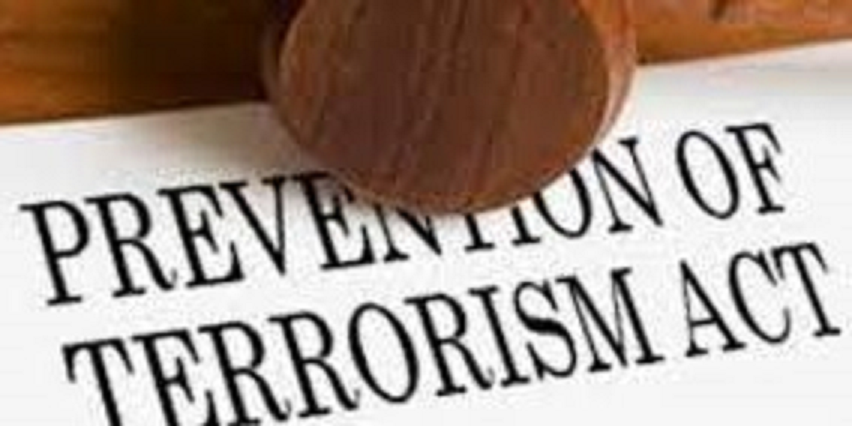 To a protesting (Sinhalese) Stalin, (or for that matter, a Marx or Lenin), who is released along with comrades following public outrage and street anger after unjustifiable detention by the police using Sri Lanka’s covid-19 health protocols, there are a hundred others who languish in squalid detention under the country’s savagely inhumane anti-terrorism laws.

We know of two cases perhaps, one a lawyer, Hejaaz Hizbullah and the other, Ahnaf Jazeem a poet, both of Muslim ethnicity, both accused of hate speech and put behind bars without proper charges for unconscionable lengths of time. But let me repeat, there are many more in similar if not worse plights who are forgotten in the public eye, some dying without charges being filed under the Prevention of Terrorism Act (PTA, 1979). Why is public conscience so insensibly moved in the first instance but not in the other?

For the danger in both in this covid afflicted state is equally acute, let us be clear. More and more, health protocols are being used to deprive citizens of due process rights, oftentimes worse than during even the most intensified period of active conflict in Sri Lanka. Detainees are not brought before judges and not allowed to present allegations of torture and illtreatment. The principle of open hearings, where the public and the media are allowed to document and witness injustice, sometimes to the extent of preventing deaths in custody, is being departed from on the basis of covid rules.

These are matters that the Bench and the Bar must be alive to, conceding however the need for reasonable restrictions to be imposed. But allowing such restrictions to be normalised is infinitely dangerous. Once that genie is allowed in, it will be difficult to put it back in the bottle even at some distant time, when we are not so traumatized by a virus that appears to be smarter than all of humanity put together. In the meantime, patchwork amendment of the PTA or sporadic recommendations by a Presidential Commission of Inquiry (COI) is to insult the very great harm done by the PTA to the fabric of Sri Lankan society.

A law that reeks of injustice

Interim recommendations reportedly made by an ongoing COI to file indictments against detainees after three months is the very minimum. Further recommendations relating to the nature of confinement in regard to those detained beyond that period, namely to restrict them to their homes or residential areas with enhanced security and the composition of an Advisory Board are nothing new. The problem in all of this is that, not only does the law itself reek of injustice but also, it has been worked most unjustly.

When the PTA was introduced as an Urgent Bill on 19th July 1979 by the late Mr. K.W Devanayagam, Minister of Justice, the late Mr Maithripala Senanayake’s prediction that, this would lead to a ‘police state’ has been amply borne out given our decades of misery under this law. Referring to the PTA Bill permitting press censorship, arrest, search, entry into private premises, and seizure of personal documents without a warrant and indefinite detention, Senanayake expressed his profound outrage at the time.

These are the obnoxious provisions of the PTA that remain to be rectified decades later. But that rectification cannot come through a draft modelled on the lines of the United States’ Patriot Act, which was how a senior ‘yahapalanaya’ Cabinet Minister at the time defended his Government’s proposed Counter-Terror Act (CTA). Rather, a radically reimagined replacement to the PTA must be put in place. Incommunicado and indefinite detention must be done away with and arrests subjected to the most stringent supervision.

Historical condemnation of the PTA

All this, again, is nothing new. These same principles have been repeatedly emphasized by the Supreme Court, in one instance most notably when an officer of the Customs Department, R.P.A.L. Weerawansa was detained (Weerawansa vs the AG and others, 2000). He had not been brought before a judge for the entire period of his detention. It was judicially warned that even if a person may be taken in under Section 9 (1) of the PTA or any other provision which specifically dispenses with production before a judicial officer before the making of a detention order, there is an obligation to produce such a person after the making of such an order.

Such a production is not merely cosmetic, the Court said. On the contrary, the judicial officer would then be able to make his or her own observations about the ill treatment of the detainee or the conditions of detention and so on. Other provisions of the PTA have been historically condemned. Section 16 which puts the burden on the maker of a statement to prove that the statement is “irrelevant” must be scrapped. Access to independent legal counsel, independent medical examination and prompt hearings before a judge must be ensured.

As a general principle, pre-trial detention should be the exception. Bail should be granted by a judge who is given discretion in that regard. Search and seizure provisions must be restricted to a search for ‘necessary evidence’ and should not be used to harass or go on, as colloquially termed, ‘fishing expeditions’ which is most often the case with our law enforcement. There must be safeguards against arbitrary or unlawful interference with privacy. Generally, search and seizure powers should require judicial authorization and should be subject to judicial review.

All that said, it must also be warned that the PTA is not the only concern on the table in relation to the critical warning that we have been given regarding the potential loss of the EU GSP Plus preferential trade facility to Sri Lanka. Indeed, the Government would be better advised to look to the Report of the Lessons Learnt and Reconciliation Commission (LLRC, 2010) if it really wanted to take preventive action in that respect. The issue here is the overall concern with the Rule of Law on which this nation appears to be backsliding at an alarming rate. We may therefore usefully look at the background in which EU GSP Plus benefits were denied to Sri Lanka in 2010.

At the time, then Minister of Investment Promotion Lakshman Yapa Abeywardena informed Parliament that the loss of this facility had ‘caused the closure of 25 apparel factories, forcing almost 10,000 people out of work, with the total loss to the country exceeding Rs. 782 million from apparel exports’ (Financial Times, 24th October 2013). Then as now, Sri Lanka could not say that it had not been adequately warned. In 2010, the EU listed several reasons for its decision.

Among these were the failure to effectively implement the 17th Amendment to the Constitution, the demonstrated ineffectiveness of the criminal justice system and the politicization of the police investigative function as reasons for denial of the trade facility. The police were unable or unwilling to investigate human rights violations, a law prohibiting torture was glaringly non-effective and politically driven Commissions of Inquiry do not paper over the widening tears in the fabric of justice, an EU experts panel observed.

A decade and more later, there is uncanny dejavu in respect of these very same problems.The rejection of the 17th Amendment then has been replaced by the rejection of the 19th Amendment (with all its flaws) now. A singular difference is that, the country withstood the economic blow in 2010 with great difficulty notwithstanding. But can we say the same now, when our economy has been devastated and the populace faces near starvation? What will the potential loss of this trade facility mean to us? For how long should citizens of this country pay for the grievous sins of their political rulers?

And when will we ever learn from our tortuous history.