Not in ‘string of pearls’: Gotabhya defends Chinese involvement 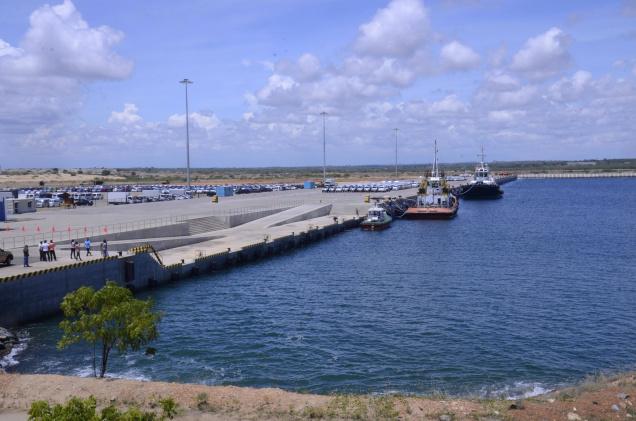 4
R. K. Radhakrishnan
In a spirited defence of Chinese investments, Defence and Urban Development Secretary Gotabaya Rajapaksa has said the Hambantota port is not part of a Chinese ‘string of pearls’ to surround India.
China built the deep-water port in the southern tip of Sri Lanka, in the constituency from where President Mahinda Rajapaksa hails. Only one phase is complete and the port has not been receiving as many ships as expected.
“Placing the Hambantota port within the paradigm of the ‘string of pearls’ theory is not correct…From Sri Lanka’s perspective, I wish to clarify that the Chinese investment in the Hambantota port is a purely economic one,” said Mr. Gotabaya Rajapaksa. He added that most of the larger companies setting up operations at the Hambantota port were “actually Indian”.
While it was not clear what prompted the clarification — he was delivering the keynote address at the third edition of a maritime security meet, the Galle Dialogue, here — he shed light on a matter over which there has been considerable Sri Lankan ambiguity.
The government had long insisted that the port development project was first offered to India and when there was no reaction, they had approached China. But Mr. Gotabaya Rajapaksa set the record straight on this score: “As one of Sri Lanka’s key development partners over the last few years, China was an obvious nation to approach. After many requests and representations at the highest level, this assistance was granted.”
China’s alleged ‘string of pearls’ ports include Gwadar in Pakistan, Marao in Maldives, Hambantota in Sri Lanka,
Chittagong in Bangladesh and Sittwe in Myanmar. Justifying the building of these ports, Mr. Gotabaya Rajapaksa said that from the Chinese perspective, as its economy expanded through rapid development, it was only natural that its sphere of economic influence also expanded.
Hailing China as an “exponent of economic cooperation” which had been a “generous and steadfast friend to many countries in this region, including Sri Lanka”, he said the ports could be “perceived by India” as an attempt to encircle it. “It is very easy to understand this sensitivity,” he added.

Just a day after Sri Lanka released about 40 Tamil Nadu fishermen, arrested for illegally crossing into its waters, Mr. Gotabaya Rajapaksa lashed out against the practices of such fishermen. “Pirate fishing across territorial waters can pose a risk to the livelihoods of fishermen, and causes tension in fishing communities and amongst coastal populations. For example, the large number of fishing boats that come to Sri Lankan waters from south India for fishing is an issue that the Indian government and the Sri Lankan government have had to contend with in recent years. The two governments have taken a number of steps to solve this problem, but more needs to be done,” he said.
Noting that the Tamil fishermen in the North and East of Sri Lanka were now rebuilding their livelihoods after decades of suppression under the LTTE, he said the fact that these fishermen had to compete with such large numbers of fishing craft illegally entering Sri Lankan waters had caused great tension and frustration among them.
The Hindu
Share
Facebook
Twitter
WhatsApp
Pinterest
Email