No show at courts by former Sri Lanka Navy Commander Wasantha Karannagoda for the fourth time! 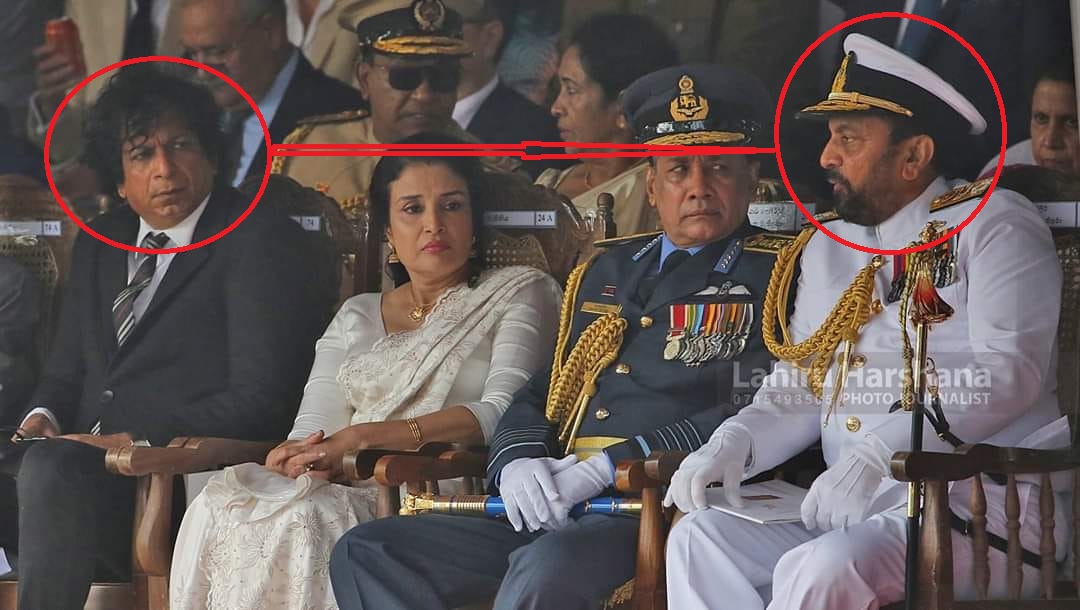 For the fourth time, Colombo High Court Trial-at-Bar today ordered to re-issue summons on former Navy Commander Wasantha Karannagoda in connection with the indictments filed over the abduction of eleven persons in 2008 and 2009.

Wasantha Karannagoda is considered a close confidante of the Rajapaksas.

On January 24, the Court served indictments on 13 accused including Navy intelligence officials in connection with the abduction, torture, extortion and conspiracy to murder eleven persons in 2008 and 2009.  Accordingly, indictments consisted with 667 counts under Penal Code were served on thirteen accused except Wasantha Karannagoda.

Former Navy Commander Wasantha Karannagoda who has been named as the fourteenth accused was not present in Court today as well.

The Court was informed that both CID and Navy were unable to serve summons on former Navy Commander.

The Colombo High Court trial-at-bar has ordered to issue summons on former Navy Commander Admiral of the Fleet Wasantha Karannagoda for the fourth time over his failure to appear before the court.

Karannagoda was summoned to the court today (24) regarding the case on the alleged forced disappearance of 11 youths in Colombo in 2008 and 2009. The case is filed against a group of naval intelligence officers including Karannagoda, who is cited as its 14th defendant.

However, as the former Navy Commander failed to appear before the court, the High Court trial-at-bar, Justices Champa Janaki Rajarathne, Amal Ranaraja, and Nawaratne Marasinghe, reissued the summons on him.

The court ordered to issue the summons through the Secretary of the Defense Ministry. Further, a copy of the summons was ordered to be mailed to the Defendant Karannagoda.

Meanwhile, the incumbent Navy Commander had submitted a report on the process of issuing summons to the court. It had mentioned that Defendant Karannagoda is not an employee serving under him and that he is not the head of his institution.

Navy Commander’s report further states that it was revealed that no one was present at the Beddagana residence of Karannagoda when they attempted to deliver the summons at the place.

The Acting IGP also submitting a report on the matter claims that although the delivering the summons was tasked with the Director of the Criminal Investigation Department (CID), no one had been present at the Kirulapone and Beddagana residences of Karannagoda.

Pointing out that this is a tragic situation, Additional Solicitor General Sarath Jayamanna said that, doubts arise as to whether the intelligence unit of the IGP is weak so much that it is impossible to find an Admiral of the Navy, Defendant Karannagoda.

Jayamanna pointed out that when Karannagoda was summoned to court on February 14, he attended an event at a leading school and on the 18, 19, and 20 of February, Karannagoda had testified before a Commission of Inquiry.

The Chairperson of the Bench, Justice Champa Janaki Rajaratne, stated in the open court that it is a not trivial matter that the 14th Defendant, who also held a top rank in the Navy, is absconding the court. She further said the court expresses its displeasure in this regard and stressed that the law should be enforced equally.

The Chairperson Judge further said that the police should be ashamed of the inability to hand over the summons to the accused.

However, considering a request by the Additional Solicitor General, the Bench decided to reissue the summons to Karannagoda for the fourth time.