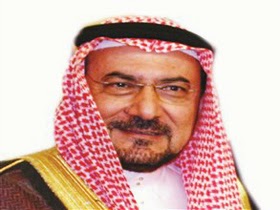 The Secretary General of the Organization of Islamic Cooperation (OIC), Iyad Ameen Madani has expressed serious concern at the recent incidents of violence by extremist individuals against Muslims in the south in Sri Lanka. He said the reports of several fatalities and dozens injured as well as attacks on homes, businesses and mosques are deeply regrettable. Madani noted that the Muslim community in Sri Lanka has a long standing presence in the country and a tradition of living in peace and harmony with their compatriots.
“Muslims represents an important and active community which contributes to the cultural and economic life of Sri Lanka as a whole. The recent attacks appear to follow a rising trend of violence instigated by extremists which is spreading fear and mistrust among the population,” he said in a statement.
While appealing for calm and peaceful relations between the communities, Madani urged the authorities to enforce the rule of law, investigate the incidents and bring the perpetrators to justice.
The Secretary General expressed the hope that every possible effort would be exerted by the Sri Lankan authorities to prevent further escalation of violence. (Colombo Gazette)
Share
Facebook
Twitter
WhatsApp
Pinterest
Email