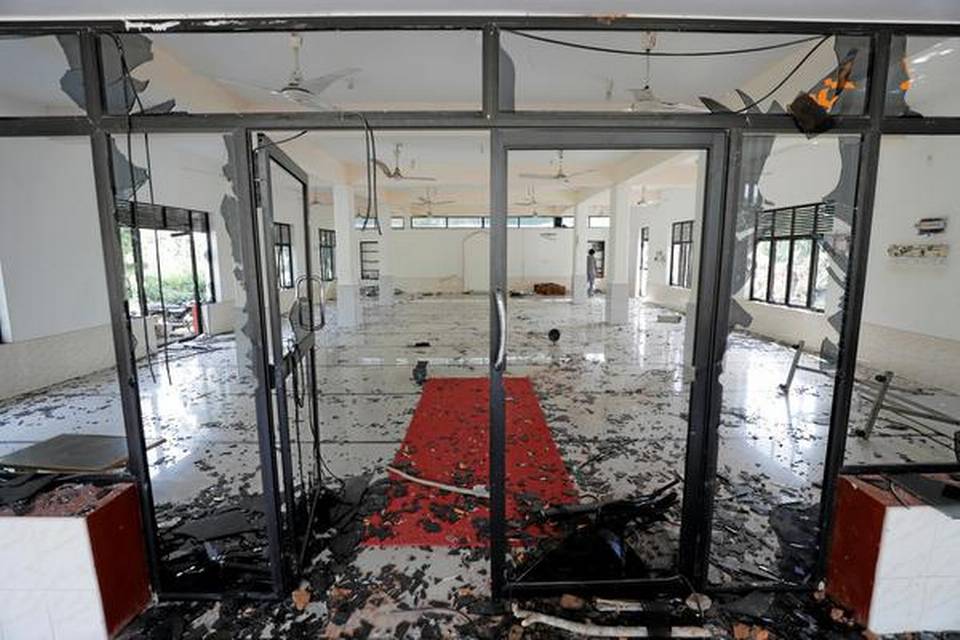 Police impose island-wide curfew till Tuesday morning amid fears of escalation in violence.

Mobs attacked several mosques, torched dozens of shops and homes of Muslims in Kurunegala District, some 100 km north-west of the capital Colombo on Monday, in the biggest incident of violence since the April 21 Easter serial bombings.

A police curfew, initially imposed in six villages in the district, was later extended to cover the entire island until Tuesday morning, amid fear of further attacks. The government blocked social media platforms including Whatsapp and Facebook following the violence. Army Commander Mahesh Senanayake told local media that troops would not hesitate to use “maximum force” to contain the tense situation.

The incidents point to an escalation of violence targeting Sri Lanka’s Muslim community, following the Easter terror attacks that the government attributed to two local Islamist radical groups. The IS, too, later claimed responsibility for the explosions that claimed over 250 lives in Colombo, in nearby Negombo and the eastern city of Batticaloa.

The cluster of villages in Kurunegala — Kuliyapitiya, Kobeigane, Rasnayakapura, Hettipola, Bingiriya and Dummalasuriya – witnessed much destruction, according to local sources. “It began in the afternoon today. It was like they [the mobs] had planned to move from one village to the next, attacking our homes and property,” said a community leader in the area, who asked not to be named amid persisting violence, despite the curfew. “A group of men are still on motorbikes, making a big noise, while villagers are either indoors, or hiding in the nearby jungles in fear,” he told The Hindu.

At least three mosques were attacked late on Sunday in nearby Kiniyama, sources said. “One mosque has been almost fully destroyed. It will take us millions to rebuild it,” a source from the village said.

Kurunegala, an ancient royal capital, is a Sinhala-Buddhist-majority district which is home to nearly 16 lakh people. Muslims living here constitute 7.3%, according to government data. Former President and Leader of Opposition Mahinda Rajapaksa represents the district in parliament.

Violence in other areas

Hours after the attacks in Kurunegala on Monday, reports of similar incidents of violence emerged from Gampaha district, less than 30 km from Colombo.

Earlier on Sunday, Chilaw town, near Colombo, witnessed dozens pelting mosques and Muslim-owned stores with stones, and a local man being beaten by a mob, prompting a police curfew.

In the wake of the ghastly Easter blasts, Muslim political leaders and activists – who had vehemently condemned the attacks, had flagged the possibility of a backlash targeting the community.

Colombo-based NGO Centre for Policy Alternatives (CPA) said on Monday that it was “alarmed” by the increased spate of communal violence against the Muslim community since the Easter attacks. “CPA is also concerned about reports indicating inaction and/or delays in response to this violence by the security authorities, an unfortunate trend which has repeatedly been witnessed in the past,” a statement said.