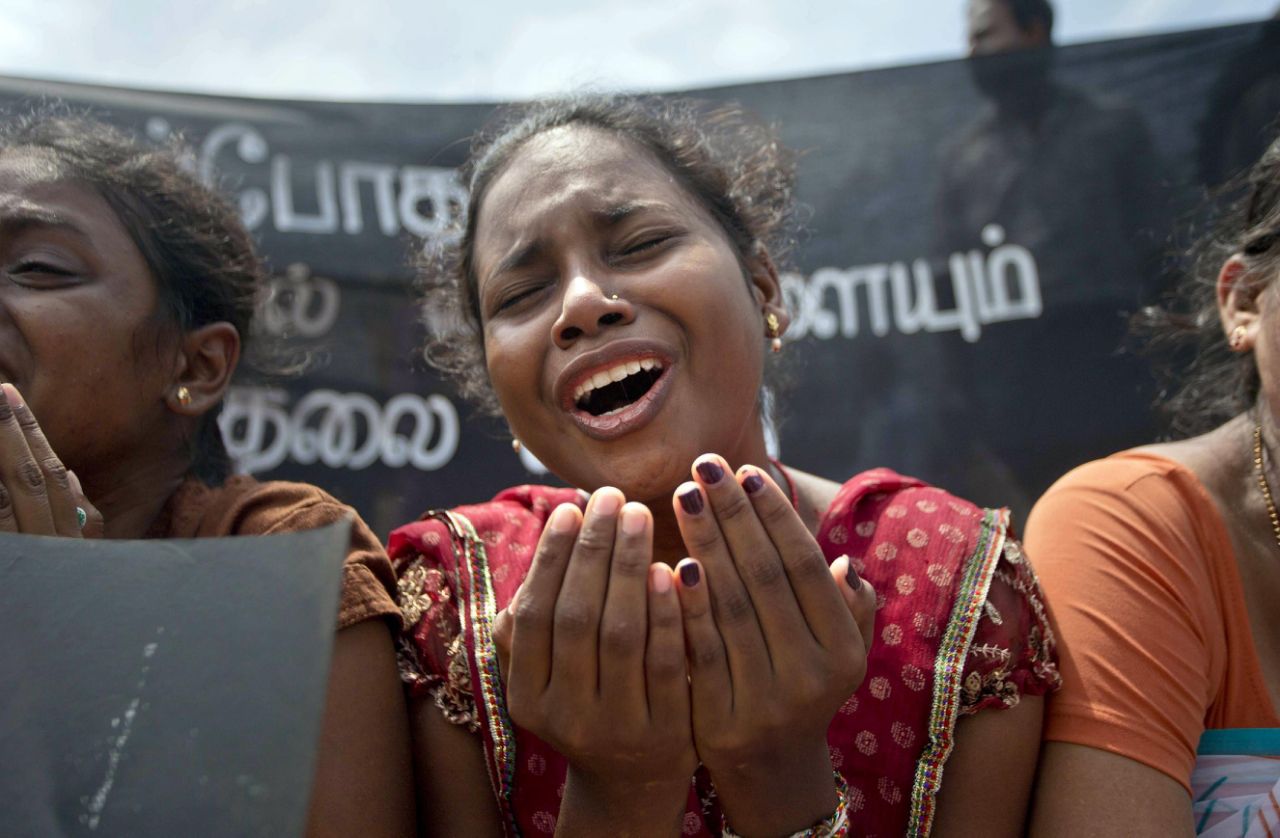 The move by the Government to establish an Office for Missing Persons (OMP) is clearly one of the outcomes of the UNHRC Resolution that requires Sri Lanka to hold an investigation into allegations of violations of International Humanitarian Law during the military defeat of the Liberation Tigers of Tamil Eelam (LTTE) back in 2009.

Not that the search for ‘Missing Persons’, is in itself something to be taken lightly. So many went ‘missing’ over a period of three decades not just due to one insurgency in the North, but also due to one in the South. Many took advantage of the situation in the country to settle personal grudges.

The controversial aspect of the Bill, however, is whether it is an opening of the door to foreign participation in a process that the Government insists is a “domestic mechanism”; and whether this foreign involvement is an instance of caving in to external elements wanting to continue meddling in the internal affairs of this country from afar. There is a sweeping array of powers sought to be given to the proposed OMP including the ability to enter into ‘agreements with any person or organisation, whether local or foreign’ for a wide range of purposes.

Ironically, the earlier Maxwell Paranagama Commission on Missing Persons which was prematurely wound up to make way for the OMP, partly on the insistence of the UNHRC, put itself in controversy last year when it appeared to recommend that foreign judges sit on a war crimes panel; charges which it hotly refuted.

While foreign technical and expert advice may be obtained, accountability mechanisms must be in conformity with the spirit as well as the letter of Sri Lanka’s Constitution, thus effectively barring foreign judges from adjudicating on highly sensitive local matters.

In principle, there are positive features in the Bill. The primary mandate is that of searching for and tracing missing persons and identifying appropriate mechanisms for the same, and of clarifying the circumstances in which such persons went missing.

Unlike Commissions of Inquiry, the OMP is a permanent body not subjected to the political risk of premature termination. Its mandate applies to all missing persons regardless of the time period. It covers not only the Wanni war-affected but also members of the armed forces or police identified as “Missing in Action” (MIA), those missing due to “political unrest or civil disturbances” and those subjected to an enforced disappearance as defined in the International Convention for the Protection of All Persons from Enforced Disappearances. This broad mandate is praiseworthy.

The OMP is subject to judicial review of the Supreme Court. There is judicial supervision in other respects as well. The OMP is empowered to apply to a Magistrate’s Court in order to carry out an excavation and/or exhumation of suspected grave sites and to act as an observer at such proceedings. The OMP findings will not lead to criminal or civil liability leading some to speculate that this would merely be another glorified Commission of Inquiry.

But extraordinarily, the Bill provides that ‘the still to be signed by the Speaker’ Right to Information Act will not apply to the OMP. Concerns of confidentiality regarding information on missing persons may be legitimate in some cases. But that must be dealt with on a case by case exclusion, not by a blanket exclusion which the OMP Bill contains. Proposing this broad exclusion soon after the RTI Bill was unanimously passed by Parliament calls into question the Government’s commitment to RTI. What really is there to hide?

At the heart of the matter, the enforced ‘disappearances’ of Sri Lankan citizens, now covered under the convenient euphemism of ‘missing persons’ call for a measured, coordinated and – above all, effective State response. The Government is under an obligation to correct system flaws in its investigative, prosecutorial and judicial bodies. Restoring public confidence in the efficacy of the law, which remains at an all-time low, will do much to satisfy the expectations of citizens that the State will act as their protector rather than as their abuser.

The 2011 report of the Lessons Learnt and Reconciliation Commission (LLRC) recommended that “a comprehensive approach to address the issue of missing persons should be found as a matter of urgency as it would otherwise present a serious obstacle to any inclusive and long-term process of reconciliation”.

But will the OMP redress this deficit of public trust or aggravate it? Will it encourage divisive debates on ‘foreign vs. local’ which we see already even while the crucial but quite unglamorously laborious task of reforming the country’s criminal justice systems in regard to alleged war brutalities as well as ‘ordinary’ grave crimes is pushed to a side? These are important questions that the Bill’s enthusiastic proponents should be called upon to answer.

And lest we forget, those ‘missing’ includes not only the war victims of the North and East but also Muslim citizens targeted by the Liberation Tigers of Tamil Eelam (LTTE) and thousands of Sinhalese who ‘disappeared’ during the 1980s and whose relatives still await justice.

The proposed law states that priority should be given to cases where there is already some substantive evidence to begin an inquiry. What better prima facie evidence is there to conduct an inquiry than the case of the 600 policemen who were killed in 1990 in one sweep in the Eastern Province when they were told to surrender to the LTTE on the orders of the then Government of Sri Lanka?
The case of the 600 policemen officially classified as ‘MIA’ (Missing in Action) is one of the sad chapters of this country’s war on terror, and how let down they were by the politicians of the day, the political leaders to follow, and the police top brass right along since that fateful day. Compare for a moment how the US President broke journey in Spain and flew down to Texas for the memorial of five policemen who were gunned down recently.

There is an argument that these policemen are not ‘missing persons’, but that they were brutally murdered and that their mass graves are identifiable. Thus, this case clearly falls into the category of a ‘war crime’ and it must be investigated as the perpetrators of this heinous deed – the cold blooded mass murder of uniformed men waving white flags – are still in the land of the living. Priority must be given, either way – under the OMP or whatever future tribunal is to be set up under the Geneva Resolution. This terrible episode must not be buried with the bones of those unfortunate policemen.