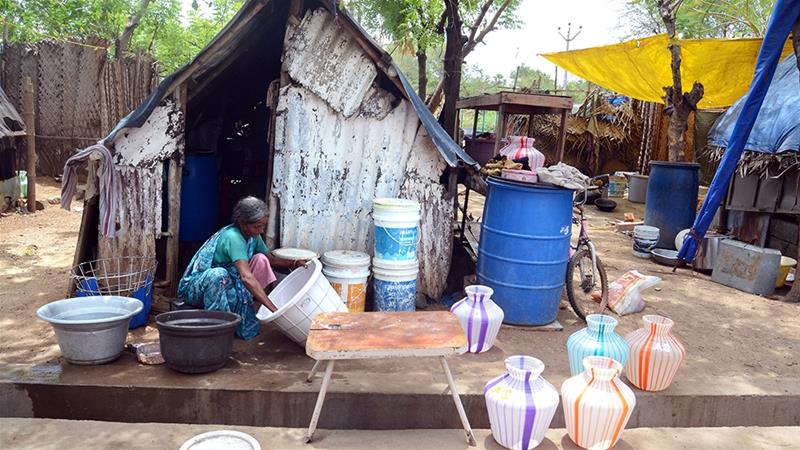 Image: A Sri Lankan Tamil refugee cleans utensils outside her house in a refugee camp in Perambalur district, about 250km (155 miles) from Chennai [File: Nathan G/EPA]

Nearly 100,000 Sri Lankan refugees living in India are not eligible for citizenship under a new law, sparking concerns they may be forced to return to the island nation they fled during a decades-long civil war, many with no homes to return to.

The law excludes nearly 100,000 Sri Lankan Tamils, an ethnic minority living in India, including about 60,000 in camps in southern Tamil Nadu state, according to the home department.

Most of these refugees are Hindu or Christian whose forefathers were born in India, said S Velayutham, an advocacy officer at the non-profit Organisation for Eelam Refugees Rehabilitation in the southern city of Chennai.

“Many were sent by the British as indentured labourers on Sri Lankan tea plantations, and hoped for a better life in India when they came here during the war,” he said.

“Some 25,000 children were also born in the camps. They do not know any country but India, but now they may have no choice but to go to Sri Lanka,” he told Reuters news agency.

A Tamil Nadu government official who oversees Sri Lankan refugees in the state did not return calls seeking comment. 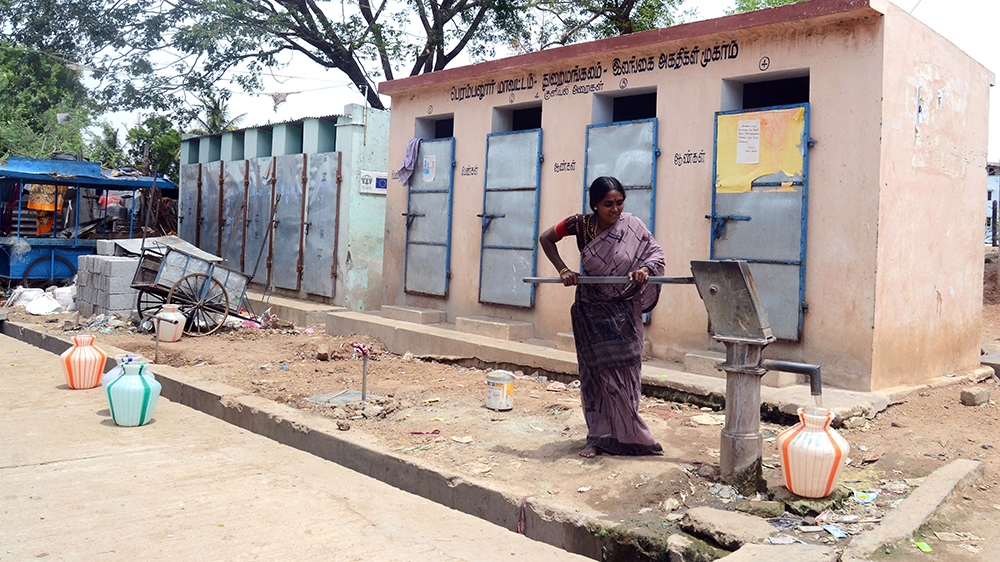 A Sri Lankan Tamil refugee takes water from a hand pump outside a common toilet in a refugee camp at Thuraimangalam in Tamil Nadu’s Perambalur district [File: Nathan G/EPA]

Prime Minister Narendra Modi, in a rally on Sunday, said the government has introduced reforms without any religious bias.

Thousands of people were killed in Sri Lanka’s civil war, which ended in May 2009 after nearly 30 years.

Tens of thousands fled, or were forced from their homes in the country’s north and east, and many sought refuge in neighbouring India, particularly in Tamil Nadu.

While many of them would like to return to Sri Lanka, repatriation has been slow because there is scant assurance on homes and jobs, human rights groups said. Many had their properties seized during the war.

In Tamil Nadu, the refugees get free education, healthcare, rations and a modest allowance but they have limited access to jobs and cannot get official documents.

The decision to exclude some marginalised groups from the CAA is “extremely disturbing”, said Meenakshi Ganguly, South Asia director at advocacy group Human Rights Watch, calling on the government to revoke the CAA.

Thousands of Indians have taken to the streets to protest against the new law, as well as plans for a National Register of Citizens (NRC), with at least 25 people killed in clashes with police in the biggest challenge to Modi’s leadership since 2014.