Switzerland and Sri Lanka to calm matters down 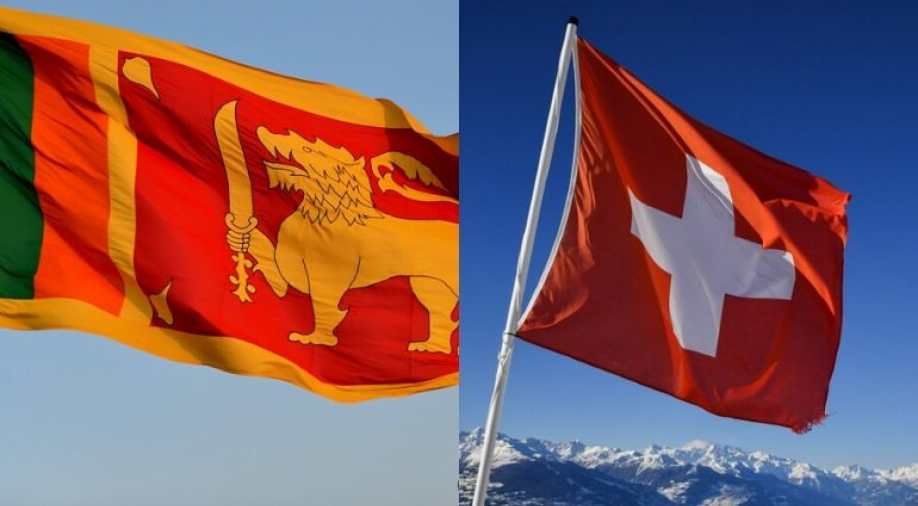 They have been eyeball to eyeball, staring each other down over the past month, but as of this week, Sri Lanka and Switzerland will begin the long-slow dance to step back from further confrontation towards normalizing relations.

This is not because it is the season of good cheer, but both sides are showing that they want a way out lest more serious damage is done to the relationship between the two countries.

The dispute is over whether or not Garnier Banister Francis, a Visa Assistant in the Swiss Embassy was abducted by unknown men, sexually assaulted and threatened to reveal information about Chief Inspector Adrian Nishantha Silva of the CID on November 25.

Silva, who fled to Switzerland on November 24 is a key investigator who probed sensitive cases connected to the Rajapaksa family including President Gotabaya Rajapaksa during the last government.

The government, even before the investigations and the case before the Magistrate is over, declared that such a thing did not happen.

The Swiss government, protecting its local employee, says it maybe did and asked that conclusions be made after the investigation ends.

At heart is the somewhat hasty move by the Swiss embassy in Colombo to take the first statement made by Francis to them as a complaint to the Sri Lanka government. Swiss Ambassador Hanspeter Mock met Prime Minister Mahinda Rajapaksa with this information and the PM ordered an investigation.

That investigation found that Francis’s story did not match CCTV and Uber records of what she did that day after she left work.

Complicating matters further, Francis’s version of the event was at the core of news stories that appeared in the international media, including the New York Times. The news stories said that the incident raised fears of a “crackdown” by the new President’s cohorts against dissent. They asked whether this was a return of the dreaded White vans just a week and a day after President Gotabaya Rajapaksa was elected.

This controversy is one of the worst diplomatic incidents this country has ever faced. It came hours before the newly minted President was going on his maiden state visit to neighbouring India. The government’s knee-jerk reaction was to say “Western conspiracy.”

“I am the victim (of a conspiracy),” President Rajapaksa told the Media.

Then Francis was summoned to the CID and questioned for thirty hours over several days where she changed her story. CCTV records show her entering an apartment block known as Palm Court in Colombo 3 and going home after that, according to phone tracking information.  That night, she had gone to the Embassy to meet some diplomats.

Francis told the detectives that the sexual assault and the intimidation took place while she was in an apartment in Palm Court.

The government disputes that pointing to footage of her coming out of the apartment block where she “does not look as she was assaulted or intimidated.” She was accompanied by a woman who is said to be a teacher. Francis says her abductors warned her to act normal when she leaves the building. Francis says she was in the building to see the teacher who has reportedly told police that no such incident took place.

Then on December 17, Francis was charged with falsification of evidence and bringing the government into disrepute and arrested.

She is now in remand custody and will be produced again in court on December 30.

With the arrest, the exchanges between Berne and Colombo became heated.

The Swiss expressed concern at Francis’s arrest and called for due process to be followed, warning that “in this high-profile case Sri Lanka’s reputation as a country that upholds the rule of law is at stake.”

Talk of “due process” and “rule of law” are serious in diplomatic language as it carries with it the implied threat that Sri Lanka can be branded as a “rogue” state which is a major deterrent for foreign investment.

Foreign Relations Minister Dinesh Gunewardene, shot back saying “Sri Lanka has fully complied with national law and international judicial standards and that any assertion to the contrary was factually inaccurate.”

The Swiss statement, in turn, slammed Sri Lanka for making public statements “questioning her (Francis’s) account before the investigations had been completed.”

From today the Sri Lankan Ministry of Foreign Relations will not issue any more press releases.

Yesterday a top official from the Ministry told RepublicNext that “this is no longer a diplomatic issue, it is a law and order problem.”

This is a clear signal that both sides want to bring the impasse to an end and allow ‘due process” of the courts to take over.

It is important for Sri Lanka to seek a compromise with the Swiss because in case tensions continue to rise, the issue can become a European issue, a multi-lateral one, which is much more difficult to unravel than a bi-lateral spat between Colombo and Berne. It is important that Sri Lanka contains this issue as a bilateral issue as a multi-lateral dispute can lead to sanctions and other measures.

As an indication that Berne was willing to negotiate Senior Swiss diplomat Jörg Frieden came to Sri Lanka, and met Minister Gunawardena telling him that “the principle of the presumption of innocence applies and that the health and safety of our embassy staff take priority.”

It is a month since Francis went on that journey and this Christmas her children with not have their Mom at home.