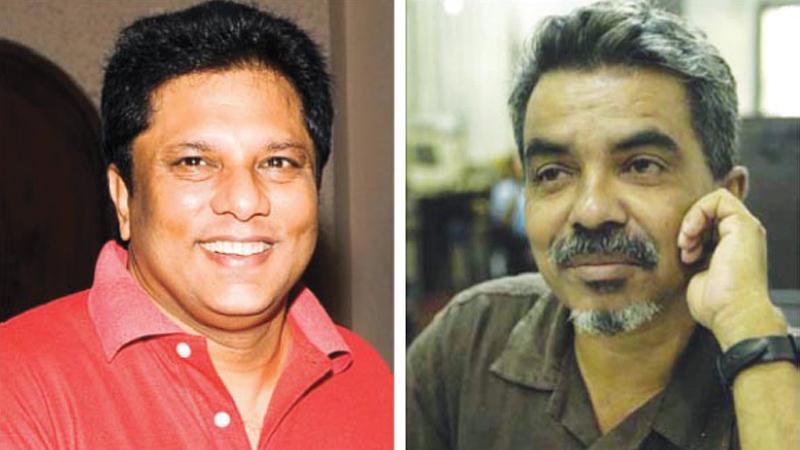 The investigation into journalist Lasantha Wickrematunga’s death has become a severe indictment on the country’s former defence apparatus, which operated as a personal tool in the hands of political powers under the Rajapaksa administration.

A retired officer attached to the military intelligence unit committed suicide last week claiming responsibility for the death of the senior journalist, who was highly critical of the heads of the defence establishment.

There is an intelligence officer already in remand over the same crime, which took place in the vicinity of a high-security zone, in Ratmalana. This, and other recent findings have revealed that intelligence unit officers were involved in attacks on several journalists during the previous administration.

Among these is the attack on former Editor-in-Chief of Rivira, Upali Tennakoon, and the disappearance of journalist Prageeth Eknaligoda, casting dark shadows over democratic rights and media freedom. Aside from these, fingers were also constantly pointed at the military intelligence unit for ‘white-van’ abductions in the Colombo district.

The military intelligence unit, one of the most influential bodies in the defence apparatus, was systematically politicized when the Rajapaksa family was in power. Political stooges of the previous government were appointed to top positions and were asked to carry out ‘political orders’ that had little to do with security interests of the country. No legal framework governed the operations of the body and it turned into a machinery instilling fear in society.

It is against this backdrop that names of several officers of the military intelligence wing have been linked to Lasantha Wickrematunga’s murder. There is prima facie evidence to suggest that Wickrematunga was murdered for political reasons by the military apparatus of the country. But, it is yet to be established before a court of law.

Ilandarige Jayamanne, a retired Army officer attached to the military intelligence unit, committed suicide, last week, claiming responsibility for journalist Lasantha Wickrematunga’s death. He confessed to the heinous crime by leaving a brief suicide note, which was later found in his pocket.

The ex-officer’s letter raised serious question as it was written in a highly formal tone, and was addressed ‘to whom it may concern’. The letter also interestingly referred to Prem Ananda Udalagama as ‘Malinda Udalagama’. Police investigators said it was still unclear why a different name was used to refer to the main suspect in the case.

There is also no indication that the ex-officer regretted committing the crime he confessed to, leaving the unresolved question of why he committed suicide, without surrendering himself to law enforcement authorities, in the air.

It was also discovered that the Kegalle Police had failed to get the Scene of Crime Officers (SOCO) to where his body was found – this lapse on the part of the Kegalle Police has added to the suspicion surrounding the ex-officer’s suicide. As a result of this failure, Police, at that point, could not trace fingerprints on the ex-Army officer’s body.

When CID officers handling the investigation into Wickrematunge’s death were dispatched to Kegalle after news of the death reached Colombo, they found records on the phone belonging to the self-proclaimed killer had been wiped out before his death. This raised a serious question about consequences leading to his death.

Police, however, contracted the help of the mobile phone provider, to track down records of the deleted short message service (SMS) and phone conversations leading up to his death.

One of the major challenges for the CID, at the moment, is to determine if the ex-military officer’s death was actually a suicide. As part of this process, the Kegalle Magistrate, on Wednesday, permitted authorities to exhume the ex-military officer’s body to conduct further inquiries on it: Highly placed Police sources told the Sunday Observer that the Kegalle Police team’s failure to dust the body for fingerprints was one of the main reasons for the exhumation of the body.

Investigators have said there was no evidence to suggest that Jayamanne had a personal connection with the former Editor of the Sunday Leader. Therefore, one can come to the easy assumption that some party had ‘contracted’ the intelligence unit officer to kill the outspoken journalist who stirred up a major controversy in the defense sphere by questioning the MIG deal.

The other pertinent question was whether some powerful authority wanted to turn the military intelligence unit into a personal death squad. Revelations surfaced during CID investigations into various crimes committed under the previous regime bolster this argument. But, it is important to identify this ‘authority’ and take punitive action – a seemingly herculean task under current circumstances.

Even after the new government came to power, no comprehensive reform process was carried out on the intelligence bodies.

Some of the officers involved in various controversies under the previous regime were allowed to continue with their duties without proper investigations.

Loyalists of the former defense heads held important positions in intelligence bodies, posing a serious threat to the new administrations.

Constant reminders from journalists and civil society groups to restructure the state intelligence arms fell on deaf ears, as the government was preoccupied with other priorities.

Under the Sirisena-Wickremesinghe administration, the Army intelligence unit came under criticism from civil society groups for not cooperating with the CID’s investigations into Prageeth Eknaligoda’s disappearance.

The CID, at one point, went on to inform court that the Army did not show willingness to facilitate the inquiry into the journalist’s disappearance.

There was even the allegation that an influential officer attached to the intelligence machinery attempted to change the state counsel appearing for the Attorney General’s Department in Eknaligoda’s case.

Aside from these, intelligence heads have also come under fire for trying to cause tensions within the ruling camp, by submitting manipulated reports to top political authorities.

“If the President wants to end this criminal activity of the Directorate of Military Intelligence (DMI), this person (Brig. Sallay) must be removed,” Wijesuriya stressed, at the press conference.

At the same event, Prof Wijesuriya also fired salvos at Defence Ministry Secretary Karunasena Hettiarachchi, saying the official was standing in the way of investigations.

“The Defence Ministry Secretary won’t allow those investigations to proceed because he has become a hostage to defeated forces,” he said.

However, it is now clear that the government has to resort to strong measures to correct system flaws within the intelligence units, as they are an essential part of the democratization of the country. There should be a legal and organizational framework for intelligence bodies to look into national security interests, without allowing them to function as death squads of political powers.

Such frameworks have been adopted in countries such as the US, the UK and India where there are highly vibrant intelligence arms serving the state.

In the United States, both the executive and legislative branches of the government share the oversight of intelligence bodies. Oversight, in this case, is the supervision of intelligence agencies, making them accountable for their actions – the exact mechanism Sri Lanka lacks at the moment. Generally oversight bodies look at such basic issues as following policymaker needs, the quality of analysis, operations, and legality of actions.

Oversight in the executive branch, headed by the US President, usually focuses on covert action and espionage. Under the country’s Intelligence Authorization Act and Hughes-Ryan Act, the President must approve all covert actions.

The President also has the power to appoint commissions, which can be used to assess intelligence topics such as the National Commission on Terrorist Attacks or The Iraq Intelligence Commission.

While the constitution gives the executive branch preeminence in dealing with intelligence matters, it nevertheless provides Congress with an important oversight role. The Congress’s most important source of leverage is the power to authorize programmes and appropriate funds. During the authorization and appropriations process, Congress can signal its intelligence and policy priorities through both the allocation of funds and the inclusion of non budget-related clauses in the authorization and appropriations bills.

The members of the committee are notified under the Official Secrets Act 1989 and are given access to highly classified material in carrying out their duties. The committee holds evidence sessions with Government ministers and senior officials (for example, the head of the Security Service.) It also considers written evidence from the intelligence and security agencies and relevant government departments.

The oversight committee’s work is confidential, though an unclassified annual report is issued. The committee also produces reports on issues of particular concern, either on its own initiative or at the request of government ministers.

But the committee makes sure that activities of intelligence bodies do not go beyond their mandate. It also protects intelligence units of the defense establishment from undue political interference.

In India, various intelligence agencies such as the Research and Analysis Wing (RAW), and the Intelligence Bureau are creations of administrative orders, and are not subject to scrutiny by Parliament. This is in direct contrast to the practice of the Legislature’s oversight of intelligence agencies in countries like the US and the UK.

A study titled “Making Intelligence Accountable: Legal Standards and Best Practice,” conducted by Hans Born and Ian Leigh, captures the best components of Parliamentary oversight of intelligence bodies. Some of these are:

1. The entire intelligence community, including all ancillary departments and officials, should be covered by the mandate of one or more parliamentary oversight bodies.

2. The mandate of a parliamentary oversight body might include some or all of the following (a) legality, (b) efficacy, (c) efficiency, (d) budgeting and accounting; (e) conformity with relevant human rights Conventions (f) policy/administrative aspects of the intelligence services.

3. The recommendations and reports of the parliamentary oversight body should be (a) published; (b) debated in parliament; (c) monitored with regard to its implementation by the government and intelligence community.

4. The resources and legal powers at the disposal of the parliamentary oversight body should match the scope of its mandate.

5. Parliament should be responsible for appointing and, where necessary, removing members of a body exercising the oversight function in its name.

6. Representation on parliamentary oversight bodies should be cross party, preferably in accordance with the strengths of the political parties in parliament.

7. Government ministers should be debarred from membership (and parliamentarians should be required to step down if they are appointed as ministers) or the independence of the committee will be compromised. The same applies to former members of agencies overseen.

8. The oversight body should have the legal power to initiate investigations; Members of oversight bodies should have unrestricted access to all information that is necessary for executing their oversight tasks.

10. The committee should report to parliament at least yearly or as often as it deems necessary.

11. The oversight body should have access to all relevant budget documents, provided that safeguards are in place to avoid leaking of classified information.

A careful examination of oversight mechanism adopted by other countries highlights Sri Lanka’s lazy and loose approach on the accountability of intelligence bodies.

This has left enough space for politicians wielding power to misuse the country’s intelligence bodies for various purposes, beyond their call of duty.

This problem, without doubt, was aggravated under the ten-year Rajapaksa rule, as the military was under the grip of one family, which controlled every aspect of the state machinery.

The current administration introduced the 19th Amendment to the constitution, last year, and established independent commissions to democratize the country’s system of governance.

The controversy around Lasantha Wickrematunga’s murder highlights that the government should now embark on a comprehensive mission to restructure the intelligence machinery as it, in current form, poses a threat to the principle of ‘good governance’.