Lakshan Dias Salutes Bribery DG For Resigning & Calls On Commissioners To Follow Her. 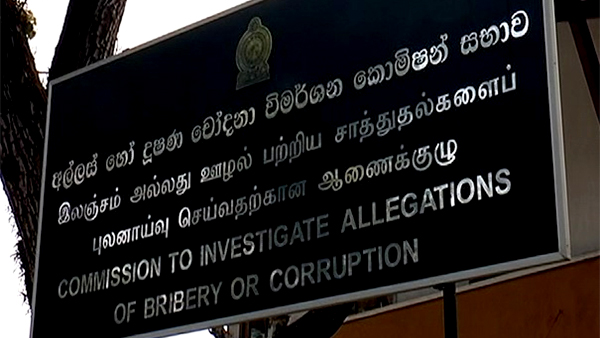 I salute , Dilrukshi Dias Wickramasinghe , I respect Dilrukshi more than Maithreepala , we can’t allow politicians to dictate terms on democratic institutions , threat them , undermine them or reprimand them , they are only accountable to Constitutional council , neither to President nor to prime minister or any one.

Democratic institutions ( independent Commissions ) are the only political and democratic aspiration of people and its belongs to people. Tomorrow president can threat to Judicial service commission or Public Service Commission.

Independent Commissions were the most scary thing for Mahinda as its limits his power rather powers of any President , present Presidency is a limited institution and most of the powers enjoyed by the old presidency , are now implemented by the democratic Institutions.

Independent Commissions are the only hope for the people and we have to protect it and further strengthen it as its slowly gaining its strength. I urge all the CIABOC commissioners to resign to protest presidential efforts of power gaining and stand with Dilrukshi and signal future leaders that they cant stop independent Commissions and its people who are powerful.