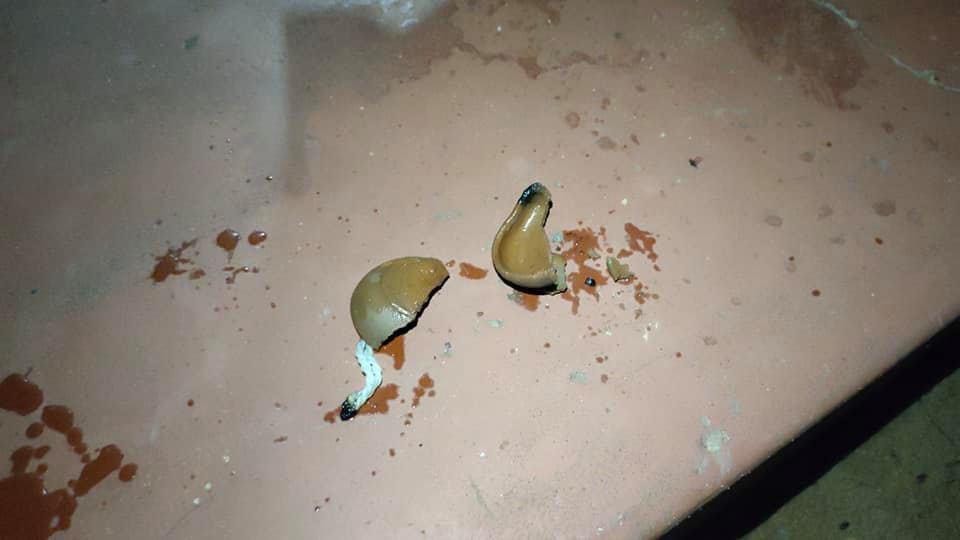 Sri Lankan police arrested a Jaffna University student for lighting a lamp for the Tamil Hindu festival of Karthika Vilakkeedu amidst a crackdown of the festival by police and the Sri Lankan military for its proximity to Maaveerar Naal.

Police said they arrested the student based on information they received that he was trying to pay tribute to fallen LTTE fighters, and had brought the student to the police station to obtain a confession.

Jaffna University students had gathered at around 6pm on Ramanathan Road, outside the campus’s Parameswarar temple to light lamps for the festival, as is customary each year.

Sri Lankan police and army troops arrived and told students the activity was prohibited and that they could only light lamps inside their accommodations. Despite students arguing extensively with police for their right to observe the festival, police said any attempts to light lamps outside of accommodations would result in arrest.

Dharsikan, a third year student at the Faculty of Science, was arrested almost immediately after attempting to light a lamp outside the temple gate at around 7.45pm. He was taken to Koppay police station and interrogated.

Attorney and member of the Jaffna Municipal Council V. Manivannan, and Senior Attorney V. Thirukumaran, appeared at the station for the student and argued that lighting lamps was a fundamental right of Hindus.

Ruling party-aligned Tamil MP Angajan Ramanthan said he had spoken to the Senior Deputy Inspector General (DIG) of Police for the North about the arrest.

“When I spoke to Senior DIG of Police of the Northern Province he did not know that today was the Karthikai Deepam of Hindus, and arrest of Jaffna University student was pure misunderstanding and ordered the release immediately,” Ramanathan said in a tweet.

However the arrested student’s peers had said that the arrest took place despite their exhaustive attempts to explain the festival to the police.

Further Sri Lankan police and military repression of the Karthikai Deepam festival was reported across the island. Earlier today a Jaffna temple’s festival display was destroyed by police and organisers threatened against lighting lamps by the Sri Lankan army.

Residents of Mulliviakkal, as well as those living near army camps in Udayarkattu South and Kuravil in Mullaitivu, said Sri Lankan soldiers and police went around neighbourhoods smashing lamps and destroying banana trees and festival decorations and threatening residents.

Mullivaikkal residents said they had been subjected to intense and loud patrols of armed soldiers on motorbikes since Maaveerar Naal, and that they were being prevented from even observing religious festivals.

Residents in Jaffna reported that local temples had not rang bells in fear of the crackdown.