It is in Sri Lanka”s ”own interest” to meet expectations of Tamils, says Jaishankar 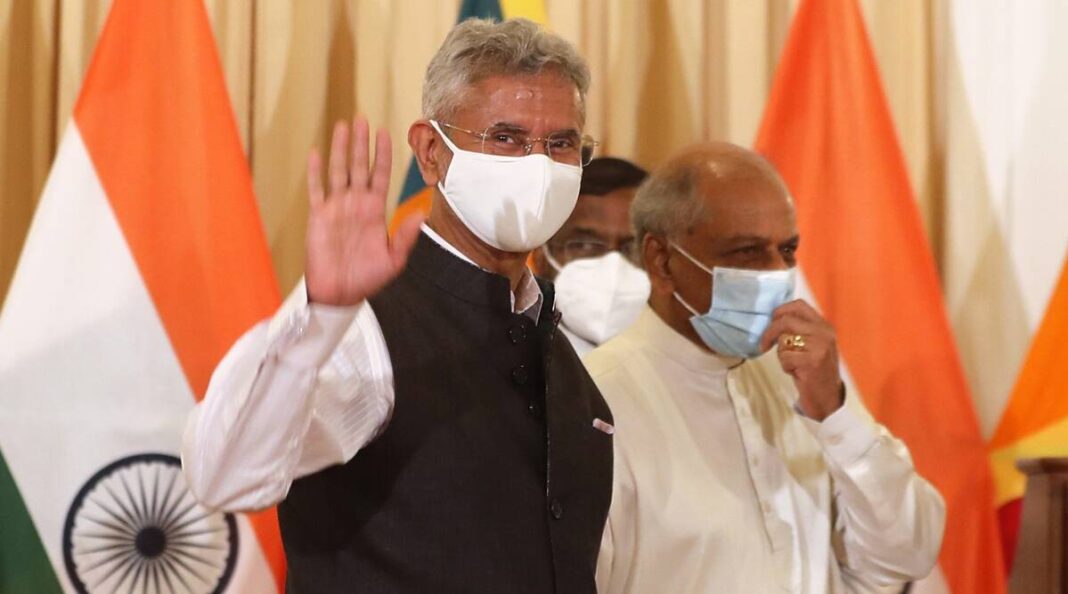 Colombo, Jan 6 (PTI) India on Wednesday called on Sri Lanka to meet the expectations of its minority Tamil community for equality, justice, peace and dignity within a united country for its “own interest” as part of the reconciliation process.

During a joint media interaction with his counterpart Dinesh Gunawardena, External Affairs Minister S Jaishankar, who is in the island nation for his first overseas visit of the year, underlined India”s backing for Lanka”s reconciliation process and an “inclusive political outlook” that encourages ethnic harmony.

“As we promote peace and well-being in the region, India has been strongly committed to the unity, stability and territorial integrity of Sri Lanka. Our support for the reconciliation process in Sri Lanka is longstanding, as indeed for an inclusive political outlook that encourages ethnic harmony,” he said.

“It is in Sri Lanka’s own interest that the expectations of the Tamil people for equality, justice, peace and dignity within a united Sri Lanka are fulfilled. That applies equally to the commitments made by the Sri Lankan government on meaningful devolution, including the 13th Amendment to the Constitution,” Jaishankar added.

The progress and prosperity of Sri Lanka will surely be advanced as a consequence, he asserted.

The 13th Amendment provides for devolution of power to the Tamil community. India has been pressing Sri Lanka to implement the 13th amendment which was brought in after the Indo-Sri Lankan agreement of 1987.

The issue of Tamil reconciliation process had also figured prominently at a virtual summit between Prime Minister Narendra Modi and his Sri Lankan counterpart Mahinda Rajapaksa in September last year.

Modi had pitched for full implementation of the constitutional provision by the Sri Lankan government to ensure devolution of powers to the minority Tamil community.

Jaishankar said India-Sri Lanka Joint Working Group had recently met and discussed all outstanding issues related to fisheries in an open and candid manner. “We naturally look forward to the early return of our fishermen,” he said.

Indian fishermen, apprehended in Sri Lanka for allegedly poaching in its territorial waters, were provided consular assistance by the Consulate General of India in Jaffna last week.

The Indian High Commission here said it was in touch with the Sri Lankan Government to facilitate the early release of the detained fishermen.

India and Sri Lanka last week held through video conferencing a meeting of the joint working group on fisheries and discussed the issues related to fishermen and the ways to overcome challenges posed by the COVID-19 pandemic.

Fishermen from both countries are arrested frequently for inadvertently trespassing into each other”s waters.

Jaishankar is on a three-day visit here from December 5 to 7 at the invitation of his Sri Lankan counterpart Gunawardena. This is the first visit by a foreign dignitary to Sri Lanka in the new year.