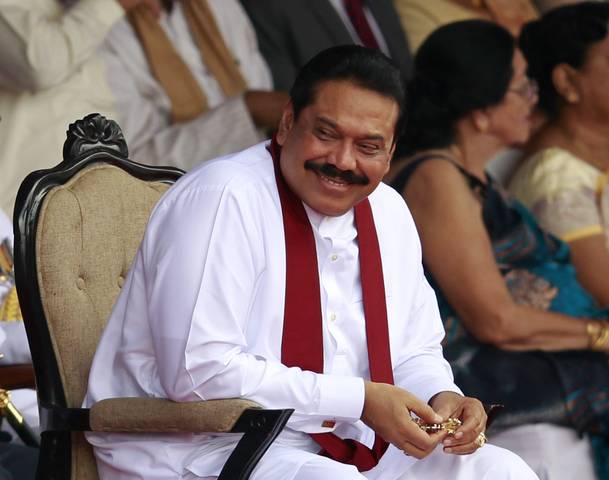 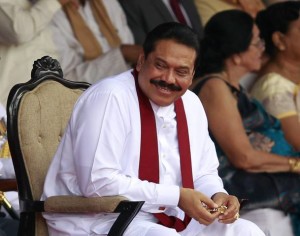 The recent crisis in the Securities and Exchange Commission (SEC), the official regulator of the Colombo Stock Exchange (CSE), speaks volumes of how the affairs of the country are managed or rather mismanaged by the present regime and its highest authority, the President. It was not one crisis, but one crisis after the other. On the issue of the recent resignation of Tilak Karunaratna, the outgoing Chairperson of the SEC, Frederica Jansz from the Sunday Leader asked “So the President pressured you to resign?” The answer was “I am saying that the Minister of Finance was the person.” Then Jansz asked “The President is the Minister of Finance.?” The obvious answer was “Yes.”
The ‘pressure to resign’ that Karunaratna talked about was obviously against the investigations that the SEC was conducting on market manipulation, under his chairpersonship, on certain individuals and organizations including some broker companies, according to him and to other revelations. It was not about his incompetence or incapacity as a Chairperson. After all he was appointed by the same authority, the President as the Minister of Finance, just few months back in January 2012.
The above are the reasons why there are genuine suspicions whether the President himself is linked, directly or otherwise, to what Karunaratna said about the Market Mafia. If he is not, then why does he want to stop investigations on the market manipulators or safeguard them by pressuring Karunaratna to resign?
A Flashback
The formal stock exchange or the CSE started in 1985, revealed a growth potential at several junctures depending on the progress of the business sector, investment capacity of the people and of course the political climate. Therefore, any manipulation of the stock exchange is a crime with repercussions on the economy and the people.

Until the peace agreement in 2002, the share price index in general was stagnating around 500-1,000 mark but surged up to 2,000 and above during the ‘illusive peace’ period. Although it went up to 4,000 by 2003, came down again to around 3,000 when the war erupted in 2006. The real boom was only after 2009 May, which apparently enticed big time ‘manipulators’ to enter the market with political links or eventually making political links. The boom until mid-2010 was more or less real and thereafter what we could see was largely a ‘created bubble’ manipulated by some players which even exceeded the 7,000 mark.

I give the above a bird’s eye view with approximate figures, closer to the All Share Price Index (ASPI) than to others. I also write this article not only as a usual political critique but also as a former appointed Director of the CSE between 2009 and mid-2011.
A stock market undoubtedly is a reflection of the economy, but not always real. That is why we need a regulator to keep the stock market in place without harming the economy through bubbles. The world learned this lesson particularly after the great depression in 1929. Before that the stock markets were not regulated. Again there was a tendency towards deregulation under neo-liberalism, but the international financial crisis in/since 2008 has again emphasised the need for smooth regulatory system. I use the adjective ‘smooth’ because regulation does not and should not mean control.
Frederick Engels writing to Conrad Schmidt in 1890 said the following.

“Economic, political and other reflections are just like those in the human eye. They pass through a condensing lens and therefore appear upside down, standing on their heads. Only the nervous system which would put them on their feet again for representation is lacking. The Money Market Man only sees the movement of industry and of the world market in the inverted reflection of the money and stock market. So effect becomes cause to him.”

But I have never seen a Head of State or even a Minister of Finance meeting with stock brokers or investors and making directives to a Securities and Exchange Commission on their behest. There are many other jurisdictions where SECs operate. But almost all are independent. Although the executive branch usually appoints them there is no possibility for the executive to remove them let alone the Chairperson during the tenure unless there are serious charges. Those commissions are truly independent.

In my opinion, Tilak Karunaratna has made two mistakes. He should not have resigned whatever the pressure unless there was a request or removal in writing. He also should have given the relevant names to COPE when the names were requested not as ‘mafia’ but as those who are under investigations. I state this with all respect to Tilak Karunaratna and also appreciating his integrity.
There are also ‘bad habits’ on the part of many institutions and individuals in Sri Lanka to run to the President and then ‘trouble him’ which he might relish for political or other reasons. But his intervention in this instance cannot simply be considered an accident or incidental. The whole story of the meeting revealed by Karunaratna – the seating arrangement and President’s request for Dilith Jayaweera to make the presentation etc. – does not imply that.
There is an undeniable fact. In my very objective opinion, the President has very clearly taken the side of the ‘market manipulators’ by requesting the Chairperson of the SEC to resign and effectively stalling the investigations so far carried out by the SEC. The investigations are necessary to safeguard the public interests. I am not sure whether this is good enough reason for impeachment of the President, if it is politically feasible. I leave this question open for the legislators and the lawyers concerned to consider.
SLG
Share
Facebook
Twitter
WhatsApp
Pinterest
Email