Intolerance In the Time of Modi 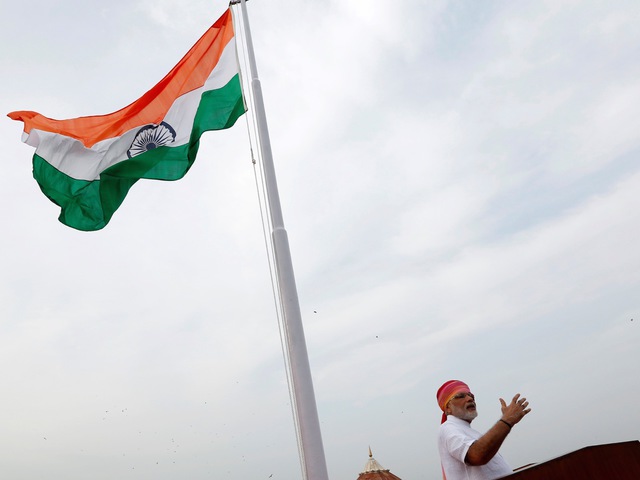 This statement was originally published on pen-international.org on 19 September 2016.

An inefficient legal system and what amounts to unchecked abuse of vague and overbroad legislation have contributed to a chilling effect on free speech within India’s society and throughout its public sphere according to a report released today by PEN International, PEN Canada and International Human Rights Program (IHRP) at the University of Toronto’s Faculty of Law. The report, Fearful Silence: The Chill on India’s Public Sphere, demonstrates how a relatively small number of aggrieved citizens can successfully deter many others from speaking out on sensitive issues, thereby endangering India’s key democratic freedoms.

The report is an update to PEN’s 2015 report, Imposing Silence: The Use of India’s Laws to Suppress Free Speech, which detailed ways in which intolerant individuals and groups have used vaguely worded laws and a cumbersome legal system to silence their opponents. A year on, the update paints a sobering picture for the state of free expression in India today, revealing that a growing culture of intolerance linked to a rising nationalist discourse has taken root in the country and has become more menacing since Narendra Modi became Prime Minister in 2014, creating an atmosphere in which ‘vigilantism has been given an implicit go-ahead’.

The report, which is the result of interviews conducted with authors, activists, journalists, film-makers and lawyers in Jaipur, Hubli and Delhi earlier this year, focuses on cases of film censorship, intimidation of writers and journalists, the arbitrary use of the law and online harassment. Although freedom of expression is protected under the Indian Constitution and international treaties to which India is a State Party, antiquated laws passed during the colonial era, such as sedition, and laws criminalising defamation and those pertaining to hate speech are used to restrict freedom of expression.

Since the publication of Imposing Silence, such laws and provisions have consistently been used to target individuals and groups. In February 2016, for example, police arrested Kanhaiya Kumar, President of Jawaharlal Nehru University Student Union, on charges of sedition, for allegedly shouting ‘anti-national slogans’ at a rally to commemorate the anniversary of the execution of a Kashmiri separatist. Four days after his arrest, Kumar and several journalists who were covering his trial were assaulted by a group that included lawyers and a Member of Parliament belonging to the country’s ruling party.

‘The message is clear: Violence in the name of ultra-nationalism is acceptable. Not even the courts are safe spaces. Challenge the state, or the B.J.P., at your peril.’ – Nilanjana Roy, author and member of PEN Delhi.

The space for free speech in India’s public sphere is shrinking. A climate of online harassment threatens to silence critical voices, particularly those of minorities and women. Proposed changes to the Information Technology Act, incorporating overbroad provisions of the penal code, threaten online speech. A culture of self-censorship born out of the fear of reprisals is growing, and vexatious and groundless trials against authors, journalists, and artists are eroding the principle of free speech. The report concludes with a set of recommendations for urgent reform to prevent further abuses and a call for the protection of free expression in the world’s largest democracy.

You can view the pdf of the report here: Fearful Silence: The Chill on India’s Public Sphere.