If Sri Lanka can invite US FBI and UK M16 to investigate Easter attacks, why not permit UNHRC also? -.M.M. Zuhair, PC 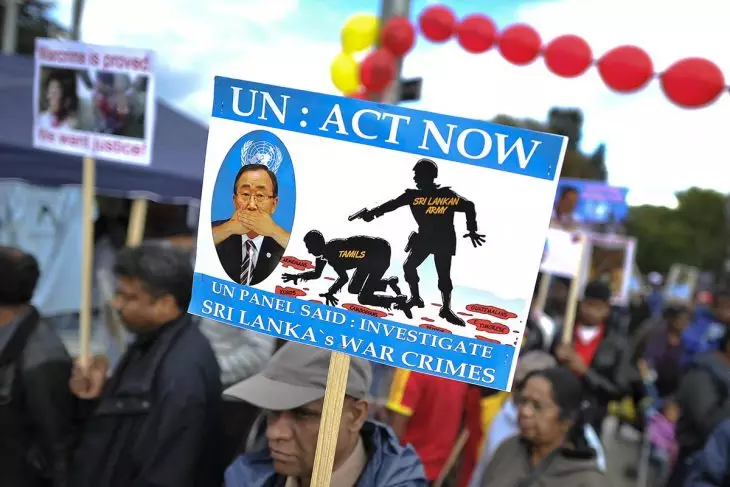 On 3 October 2022, Parliament was told by the State Minister of Defence Premitha Bandara Tennekoon that another investigation on the 21 April 2019 Easter Sunday attacks will begin soon. This time it appears investigators from pro-Western countries such as the US FBI, UK’s Scotland Yard, Australian Federal Police and Maldivian National Police are due to be roped in to do what Sri Lankan Police perhaps could not do.

“If it is the policy of the State not to allow investigations by foreign police, why on earth do we need another Easter investigation by foreign investigators from countries hostile to Sri Lanka at the UNHRC?”

The question that will therefore arise is, why not similarly invite the UN Human Rights Council (UNHRC) to investigate the alleged human rights violations in Sri Lanka. With 22 million people excluding the ‘tax waived’ super rich, enduring the haunting consequences of bankruptcy, we need to avoid confronting the UN! If the position of the Sri Lankan State is that there are no serious human rights violations in the country, why resist an external probe, similar to the new proposed foreign probe? If it is the policy of the State not to allow investigations by foreign police, why on earth do we need another Easter investigation by foreign investigators from countries hostile to Sri Lanka at the UNHRC?

Nothing prevents the FBI of US and M16 of UK, if and when re-probing the Easter attacks, to investigate the large number of embedded human rights violations including the alleged forced confessions obtained under the Prevention of Terrorism (Temporary Provisions) Act.

With over 2,000 mostly poor persons from a single minority community arrested and detained for exceedingly long periods, enough and more material of rights violations may get officially presented to the powerful governments which are at the forefront of confronting Sri Lanka at the UNHRC! The US and the UK can gather enough evidence of rights violations, with little resistance from a compliant State, all of which can, regrettably for Sri Lanka, explode at the UNHRC!

There are legal obstacles of course for allowing foreigners from individual countries to investigate the Easter attacks here but there are no constitutional obstacles for cooperating with the UN in investigating the ever increasing number of alleged rights violations cases in the country and putting an end to State induced rights violations. But this is not a matter of law anymore today but a question of at least two meals a day for millions of mouths for months and months to come.  Cooperation with the UN system with which we have signed many obligatory treaties will help overcome some of the accusations and also the serious food insecurity and economic plight facing its 22 million people. Conversely by confronting the UN system, we will as a country face multiple acts of marginalisation by the community of nations, that could extend to real sanctions on Sri Lankans accountable for causing or committing obvious economic crimes, including the members of the Cabinet, public servants, prosecutors and even judges who fail to uphold human rights!

The signs are very clear. Support for Sri Lanka when it cooperated in 2009 was 29 countries out of 47 member nations in the UNHRC, which when the agents of the Sri Lankan State refused to cooperate dropped further from 15 in 2012 to 7 in 2022! Leading Muslim majority nations which supported Sri Lanka earlier abstained from supporting this time, notwithstanding a Muslim Minister leading the Sri Lanka delegation. Obviously something serious is going on.

Next time Muslim majority nations will very likely vote against Sri Lanka. Probably they very well know what is going on in Sri Lanka! Fuel rich countries like Saudi Arabia, Iran and Qatar had found their feet trampled here without any legitimate reason! That is what a former President said to the media recently. Remittances from Sri Lankans employed in the Middle-Eastern countries reached $ 7 billion each year until 2020 when rulers blundered on the fixed Dollar conversion rates. Strategic blunders have been made without any excuse or apology.

Colombo Archbishop Malcolm Cardinal Ranjith adverting to the proposed international probe said at Udugampola last week that the rulers can no longer fool the people with false promises about the Easter Sunday investigations. “By politicising the law enforcement agencies and the Attorney General’s Department and not allowing them to function independently and thereafter seeking the assistance of international bodies was just another government ruse,” he said – ‘Island’ 10/10/2022.

In any event the Archbishop can never agree to any Western outfit investigating 21/4 fearing the real possibility of some of those accused by the Presidential Commission on the Easter attacks getting laundered out! But more so, against the background of the Archbishop’s widely publicised speech at Katuwapitiya on 21 July 2019 where he said, “Easter Sunday mayhem was an international conspiracy and not merely the work of Muslim extremists.” He also referred to a then report alleging ISIS leader Al Baghdadi being in a military camp run by the “most powerful nation in the world”. (For more on the subject; Daily Mirror 22/06/2021 titled “What will the US FBI and Australian Federal Police investigate in Sri Lanka? Daily FT 13 /06/2020 “21/4 attacks relate to foreign invasions of Muslim countries & persistent anti-minority violence here”.)

We have already had a multiplicity of investigations and inquiries by the CID and TID in addition to the local police and with the change of government fresh investigations were once again launched by the CID and CTID, weakening the prosecution case. We have also had a Parliamentary Select Committee and a Presidential Commission of Inquiry, whose recommendations were implemented discriminatingly, while causing widely damaging publicity to national reconciliation, tourism and foreign investments. Do we need another Easter Sunday investigation? Why now, when over a hundred suspects are still languishing in State custody for over 3½ years without bail in violation of the presumption of innocence?