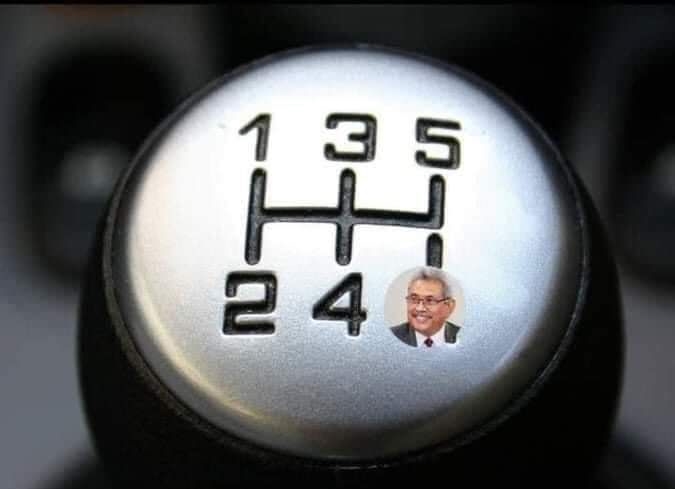 (This is a report produced by Bloomberg.)

Bloomberg: Sri Lankan President Gotabaya Rajapaksa vowed to finish the remaining two years in his term despite months long street protests calling for his ouster, but won’t stand for re-election as he focuses on fixing a financial mess that tipped Sri Lanka into its worst-ever economic crisis.

“I can’t go as a failed president,” Rajapaksa said Monday (6) in a wide-ranging interview at his official residence in Colombo, his first with a foreign media organization since the crisis unfolded. “I have been given a mandate for five years. I will not contest again.”

The defiance comes in the face of slogans of “Gota Go Home,” with protesters blaming Rajapaksa and his family for decisions that led to severe shortages of everything from fuel to medicine, stoking inflation to 40% and forcing a historic debt default. Thousands of demonstrators have camped outside the president’s seaside office since mid-March, forcing him to retreat to his barricaded official residence about a kilometer away.

The economic tailspin spiraled into political turmoil with the resignation of the president’s old brother — Mahinda Rajapaksa — as the nation’s prime minister, after clashes between government supporters and the protesters turned bloody in May.

Gotabaya Rajapaksa and his new Prime Minister Ranil Wickremesinghe are now seeking about $4 billion in aid this year from the International Monetary Fund and countries including India and China. Sri Lanka’s rupee has lost about 82% over the past year and the central bank on Monday flagged the possibility of a further correction. The nation’s debt is trading in deep-distressed territory.

The president said he wanted to replicate his previous successful stints serving the nation. Gotabaya Rajapaksa oversaw the urban development authority and was Sri Lanka’s defense secretary under then-President Mahinda Rajapaksa, when they crushed a 30-year civil war in 2009.

The president reiterated his controversial goal to push through “natural agriculture,” a short-lived move to ban chemical fertilizers that caused crop output to slump.

Gotabaya Rajapaksa was also skeptical about the success of a planned amendment to the constitution, which seeks to contain the executive presidency. Cabinet is due to approve the proposals as early as Monday, which would rollback wide-ranging powers Gotabaya Rajapaksa pushed through parliament shortly after he was elected president in 2019.

A draft of the so-called 21st amendment gives some powers back to the parliament and restores independence to commissions in key decisionmaking.

Either the presidency should be abolished or the parliament is kept out of governing, Gotabaya Rajapaksa said.

“You can’t have a mixed system,” he said. “I experienced this and now know. People may blame me when I tell this but that’s the truth.”

Here are some other highlights from the interview. Rajapaksa’s comments are edited lightly for clarity:

“We waited too long (to seek help from the International Monetary Fund). If we had gone at least six months or a year earlier, it would not have come to this state.”

“We have appointed financial and legal advisers (for a debt restructure) but that is for the capital markets. Bilaterals we have to go to individually; our major loans are from China, Japan, India and the Paris Club.”

“I have requested help from India and China. I personally spoke to the leaders and wrote to them. Then I have spoken to Middle Eastern leaders personally like Qatar, UAE especially, and want to speak to Saudi and Oman to get help for long term contracts for supply of crude oil.”

“The subsidy system will have to go. We cannot cut down on public servants or the military, we can decrease by cutting down on recruitment.”

“It is political as a president. You know, I am not a politician. Fortunately or unfortunately people when they are in politics for so long you can have so much baggage, you have lot of friends. Lot of people who want help are your supporters. When you go against this — I tried to go against this — you don’t get their help.”

“What is this executive (powers) of the president? My personal opinion is that if you have a presidency he must have full powers. Otherwise abolish executive presidency and go for full Westminster-style parliament.”