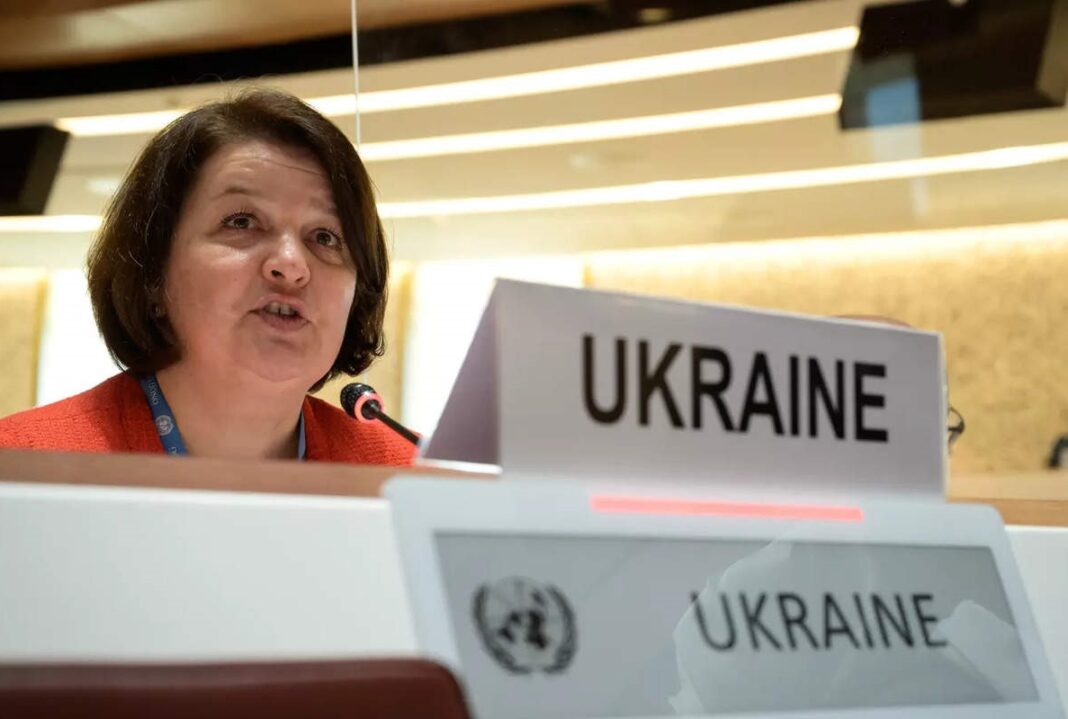 Photo: Ukrainian Ambassador Yevheniia Filipenko speaking on the opening day of the 49th session of the UN Human Rights Council in Geneva.

The Interactive dialogue on High Commissioner’s report on human rights situation in  Sri Lanka, which was scheduled to be held on Thursday the 3rd, has now been postponed.

The reason is that HRC has to set aside time for the urgent debate on the situation of human rights in Ukraine stemming from the Russian Aggression.

A special discussion on the Russian Aggression will be held on the  3 pm-6 pm on March 3rd and 10 am to I pm on March 4th.

The resolution to hold this urgent discussion was supported by 29 of the 47 member countries of the Council. Five countries voted against, while 13 abstained.

Only China, Cuba, Venezuela, Russia and Eritrea voted against.

Due to this change of programme, although the report on Sri Lanka will be presented on the afternoon session of the 4th the interactive dialogue will be held on on Monday the 7th.  Sri Lanka FM G.L. Peiris will be able to speak as the country concerned on the 4th.

Cardinal Malcolm Ranjith, who was due to make his intervention under religious organisation March 3rd, will have to stay in Geneva until Monday or return to Rome for the weekend.

Two Christian religious organizations have registered to intervene in the interactive dialogue. He is likely to speak in the slot of  Franciscan International.

Informed sources say that in this situation he is likely to make his intervention through a recorded video massage.

It is reported that Cardinal Malcolm Ranjith’s visit to Rome was organized by Fr. Joe Neville, a who holds a powerful position in the Vatican. His name came up in Sri Lanka media as well.

European Catholics who came to Rome did not get a chance to meet the cardinal and they returned disheartened, sources say.