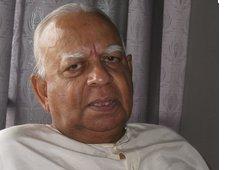 R.SAMPANTHAN, 5TH July 2011, MEMBER OF PARLIAMENT, TRINCOMALEEParliamentary Group Leader – Illankai Tamil Arasu Kadchi-I.T.A.K, Tamil National Alliance-T.N.A
Hon Speaker
Adjournment Motion, Parliament
I hereby give notice that I shall after question time on the adjournment of Parliament on Thursday the 7th July 2011 move the following motion as a matter of urgent public importance.

Whereas Sri Lanka from shortly after it attained Independence in 1947 has been in the crucible of ethnic violence which occurred in 1956, in 1958, in 1961, in1977, in 1980 and in 1983- wherein the Tamil people numerically in a Minority were the victims.
And Whereas the principal cause for such violence has been the consistent demand of the Tamil People for just and equal treatment as Citizens of Sri Lanka and the fundamental right to live in security and dignity fulfilling their legitimate political, social, economic and cultural aspirations.
And Whereas this demand has since 1956, been consistently endorsed by the Tamil People residing preponderantly in the Northern and Eastern Provinces, through their democratic verdicts, at every election to Parliament and at all other elections at the provincial, district and local authority levels.
And Whereas it has been the dismal failure of successive governments to recognize and respect these democratic verdicts of the Tamil People and the persistent demand of the Tamil People for just and equal treatment as Sri Lankan Citizens that has been the root cause for such ethnic violence to be unleashed against the Tamil People.
And Whereas the political agitation of the Tamil people for just and equal treatment as Sri Lankan Citizens, has from the time of independence until about the mid 1970’s been perfectly peaceful and non-violent.
And whereas the continuous violence unleashed against the Tamil people, and the failure to politically accommodate the legitimate political and other aspirations of the Tamil people, and the repeal of the Constitution under which the country attained independence and the enactment of a new Constitution without the consensus of the Tamil people, led to the demand of the right to self-determination and Tamil youth taking to an armed struggle which lasted for almost three decades.
And Whereas this armed struggle led to unbridled violence inflicting immense harm on the civilian population in the country of all ethnicities and the assassination of both domestic and regional leaders, and the legitimacy of the struggle of the Tamil people for justice and equality as Sri Lankan citizens being blurred – by this Spectre of unbridled violence.
And Whereas this armed struggle has been defeated and has come to an end in May 2009,
And Whereas more than two years have elapsed since the end of the armed conflict
And Whereas the Tamil People have expressed their willingness to live as equal citizens within a united and undivided Sri Lanka
And Whereas several processes had been commenced to address the core issues of the conflict and evolve an acceptable political solution to the long festering conflict
And Whereas this task yet remains to be fulfilled.
It is the objective of this Motion to invite the attention of this House, the Government and the Country to the imperative need to address the core issues of the conflict and to evolve an acceptable political solution, that will bring about genuine reconciliation and harmony amongst the different communities and peoples who inhabit Sri Lanka.
Indeed the only way to ensure permanent peace is to evolve an acceptable political solution that will address such genuine reconciliation and harmony amongst the different communities and peoples inhabiting Sri Lanka.
And Whereas since the letting of violence in 1956 and its continuance thereafter, large number of Sri Lankan Tamils have fled from Sri Lanka and become migrants or sought refuge in other countries, all over the world.
And Whereas it is necessary to arrest this trend, and enable the Sri Lankan Tamil people to continue to live in Sri Lanka, the country to which they belong, as indeed they are legitimately entitled to.
And Whereas this is achievable only if there is an acceptable political solution that ensures their security, restores their dignity and enables them by having access to powers of governance to fulfill their legitimate political social economic and cultural aspirations.
And Whereas throughout the armed conflict particularly during the final years and final stages of the armed conflict very large numbers of Tamil Civilians were killed or maimed – several hundreds of thousands of Tamil Civilians were displaced, their houses and other assets destroyed and they were rendered destitute and who have not been able to recommence their lives with basic facilities.
And Whereas there is no structured programme of action to address the urgent needs of this large mass of people to enable these people to rebuild their lives without having to fend for themselves which in their present position they cannot do
And whereas there are several actions by the State and its Agencies and others with political influence, pertaining to Land, to places of religious worship, to cultural places, to development activities and to other areas of importance to the affected Tamil people, in territories which they have historically inhabited, which have an adverse impact on them politically, economically, socially and culturally and which unless remedied could in the long term cause much harm to the future well-being of these people.
And Whereas it is the duty of the Government to take appropriate action to address all these issues.
It is urged that urgent steps be taken
(i) To expeditiously evolve an acceptable political solution that addresses the core causes of the conflict
(ii) That a structured programme be implemented urgently to enable the displaced and affected people to meaningfully rebuild and recommence their lives
(iii) That immediate action be taken to reverse, rectify and redress, the several actions that have adverse political economic social and cultural consequences to the Tamil people
R. Sampanthan Member of Parliament, Trincomalee District
Parliamentary Group Leader, Illankai Tamil Arasu Kadchi – I.T.A.K., Tamil National Alliance-T.N.A
TC
Share
Facebook
Twitter
WhatsApp
Pinterest
Email