Freedom of Expression vs. Hate Speech, Fake and Misleading News in Sri Lanka 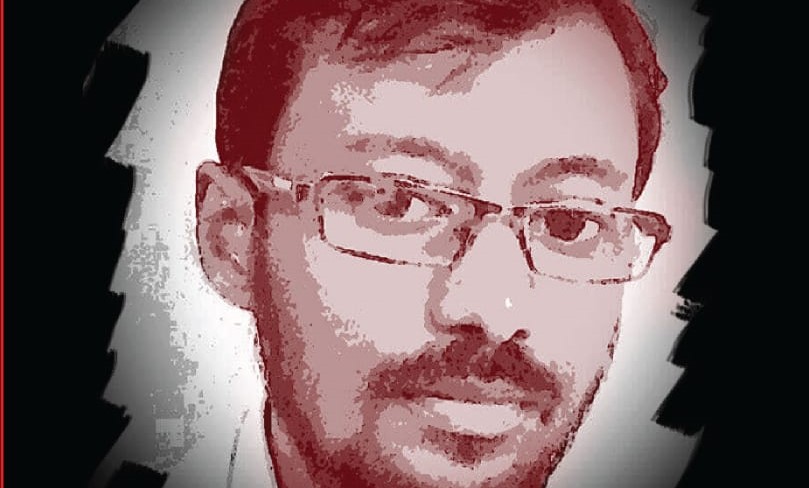 Today, 3rd May, is World Press Freedom Day. It is a good day to assess state of Freedom of Expression, and we will focus on importance of ensuring freedom of expression while addressing hate speech, fake and misleading news, especially in context of COVID19.

The arrest of Ramzy Razeek

Ramzy was arrested on 9th April 2020 for some Facebook posts. Amongst the offending ones is believed be a post on 2nd April[i] in which he had called for an ideological jihad or ideological struggle, with “pen and keyboard”, through “social and mainstream media”, “on behalf of the county and all its citizens” and “to help people understand the truth” in context of “hate propagated against Muslims”.

Ramzy has regularly advocated against racism and extremism on Facebook, while advocating for inter-ethnic and inter-religious harmony, women’s rights and democracy. He has also been a regular critique of practices of some Muslims. Below are some of his posts this year:

Death threats, self-censorship and arrest under the ICCPR Act

On 3rd April, Ramzy announced a self-censorship – that he will not make future posts related to politics or national problems in Sinhalese, as he doesn’t want to endanger his children’s life[xv]. He explained that some of the responses to his post on 2nd April had included death threats and calls for his arrest and that his eldest daughter had been traumatised and fearful after seeing these. That statement of self-censorship is the last visible post on his Facebook wall.

Ramzy has been remanded till 14th May 2020. His lawyer said that the Magistrate had asked the police to report whether there is actual grounds to arrest and remand him. According to his lawyers, the police had cited the ICCPR Act[xvi], that gives discretion for the police to arrest and detain a person and Magistrates don’t have discretion in providing bail. Last year, a writer arrested under the ICCPR Act was imprisoned for more than four (4) months until a High Court judge gave him bail[xvii].

We have not seen any post or comment by Ramzy that would amount to the propagation of war or advocating hatred leading to incitement to hostility, discrimination or violence which is prohibited by Article 3 (1) of the ICCPR Act. When arresting Ramzy, it appears the police has not considered the detailed recommendations by the Human Rights Commission of Sri Lanka (HRCSL) on balancing the ICCPR Act provisions on hate speech with constitutional guarantees for free expression, six-point threshold test and the three-pronged test of legality, proportionality and necessity from Sri Lanka’s fundamental rights jurisprudence[xviii].

Some of Ramzy’s posts had generated heated debate online about extremism and inter-ethnic harmony. We have not seen any evidence however, that any of these debates have led to any hostility, discrimination or violence. Before being arrested, Ramzy himself had complained to the police about death threats, but it doesn’t seem that the police had taken any actions against those who made these death threats.

According to the family, Ramzy has serious medical concerns and had retired prematurely from his government job due to health complications. He needs daily medication, but at the time of arrest, he was told by arresting officers to bring only one day’s medicine and the family worries that he had been without medication now for more than 3 weeks. A person who was released from detention facility in Pallansena, Negombo (Gampaha district) reported that Ramzy is being detained in that detention facility and that he is undergoing extreme difficulties without the needed healthcare, accessible toilet and unhygienic conditions. The released person had reported severe overcrowding, with some detainees being below 18 years while others are adults. He says most are detained for drug related offenses. He also reports seeing a detainee being badly beaten by a jailer and says beatings of detainees by jailers is common. Another person who had been released from the same detention facility has reported through a video posted on Facebook about beatings, lack of hygienic conditions, difficulties to practice physical distancing and other COVID19 related protection measures[xix].

Other than the update from person released from the detention facility, the family has no information about Ramzy – they have not been given any opportunity to visit or talk with Ramzy since his arrest.  His lawyers had brought his health condition to the attention of the Magistrate, who had asked him to be given proper healthcare. Health concerns of Ramzy and detention conditions in the Pallansena detention facility has also been brought to the attention of the Human Rights Commission of Sri Lanka on 18th April.

A person who had criticized a government official was arrested and police had visited the home of a university student who had posted a comment critical of the government[xx]. A protester who had participated in a protest demanding government assistance was also arrested and detained[xxi] and another person was seen been arrested for speaking out against irregularities in distribution of Rs. 5,000[xxii]. Another right (8) persons were reported to have been arrested for criticizing a government official[xxiii]. In a letter dated 17 April, the Government Medical Officers’ Association (GMOA), had complained to the Director General of Health Services about a Jaffna based Consultant Community Physician’s “controversial and racist previous history” and that he had expressed “views detrimental to the Health Department and Sri Lanka Army”[xxiv]. Some journalists in Batticaloa alleged that there were hate posts and comments against them on Facebook, due them reporting about injustice regarding the distribution of humanitarian assistance in the Batticaloa district, leading to the the Batticaloa District Tamil Journalists Association writing a letter to the President of Sri Lanka condemning the actions of local government officials and representatives[xxv].

Media reported on 17th March that Police was seeking to arrest 40 persons for spreading false information[xxvi] and there had been other reports that at least 17 had been arrested by 17th April[xxvii]. However, the process of such arrests appear to be discriminatory and target individuals who seem to be critical of the government with small outreach, whereas persons and institutions supporting the government, including media with massive outreach, seem to enjoy impunity, despite publishing false and misleading information and hate speech. Below are some examples:

There have been at least two striking examples of police taking actions on hate speech and fake news against Muslims. When a video of a religious service in a Mosque in 2019 was circulated in social media, implying that the religious service was held in March 2020 during curfew, with a large gathering of people, police had arrested two persons who had circulated this video[xxxvi]. However, it’s not known whether any action has been taken against “Hiru TV” which had also broadcasted this[xxxvii]. This news had provoked hostile comments against Muslims online. The police had also arrested a person who had circulated an audio clip, accusing Muslims of spitting on food items at supermarkets, sending Muslim women amongst Sinhalese men offering sexual intimacy and asking not to make purchases from Muslim businesses[xxxviii]. The person speaking on the audio clip had implied he was from intelligence agency, and that this was result of a briefing by intelligence personnel.

Limiting Freedom of Expression in a Democracy: The Need to Strike a Lawful Balance

The above was the title of a letter from the Human Rights Commission of Sri Lanka (HRCSL) to the Acting Inspector General of Police on 25th April 2020[xxxix]. The letter noted a spate of recent arrests on the basis of statements made over social media and an increasing number of such arrests since the issuing of a letter on 1st April 2020 by the Media Division of the Police, which according to the HRCSL, clearly conveys the message that criticism of officials will not be tolerated.

The HRCSL has insisted that the right to comment on and criticize the performance of public officials or of anyone else or any policy is a fundamental aspect of a democratic society and that it is through criticism and commentary that we improve governance and strengthen democracy. Citing judgments of the Supreme Court of Sri Lanka, the HRCSL had categorically stated that arrests for the mere criticism of public officials or policies would be unconstitutional.

The letter also recognized the urgent need to quell hate speech through the law, especially by invoking section 3 of the ICCPR Act against those who were attempting to incite religious division and hatred in the context of the current health crisis. The HRCSL said this must be done in a nondiscriminatory manner, in order to protect all communities and preserve peaceful co-existence among diverse communities.

The HRCSL had also recognized the need to lawfully curb misinformation that can cause panic and pose a serious threat to public order and public health, but emphasized that such arrests must be legally valid, must not be arbitrary and disproportionate and must not be carried out in a discriminatory manner. It had also pointed out that a careful differentiation must be made between genuine mistakes, statements made in good faith or the public interest and those statements that are intentionally calculated to cause mischief.

The police’s communique of 1st April appears to equate criticism and pointing out shortcomings with false news, hate speech and obstructing duties of officials, with an explicit threat to arrest and take legal action against those engaging in criticism.

Free expression and criticism is essential in crisis such as COVID19, to ensure voices and grievances of most vulnerable are heard – especially of persons and communities which are hungry, subjected to discrimination, hate speech and threats. The right to free expression is also crucial in fighting COVID19 and its spillover into economic, social, political crisis. Citizens should not have face reprisals for exercising their right to free expression and for holding public authorities accountable for their actions in this crisis, however inconvenient they may be to those in power.

[v] This was probably a reference to a Muslim who died on 29th March due to COVID19 who was reported to have been cremated on 30th March, and Ministry of Health guidelines dated 27th March 2020 which allowed burials.

[vi] Amendment of above regulations by Ministry of Health is reported to have been done on 31st March 2020, limiting disposing of dead COVID19 bodies to only cremation