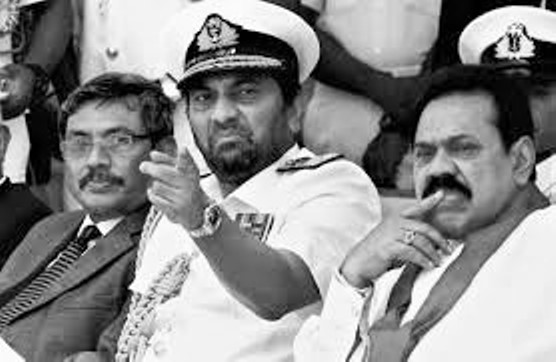 There is only one genuine norm that is followed when going to war. It is to crush the enemy in front of you , or if that is not possible , to die fighting the enemy . On the other hand if the enemy is crushed, the victor is the one who caused the defeat .

In which case the victorious soldier earns the recognition of ‘war hero’ . Otherwise , the coffin is wrapped in the national flag and interred. In this engagement , how many were killed or got killed are not reckoned as crimes.

While that should be the genuine aim and objective of a war , killing innocents exploiting the war and under the guise of war are certainly unpardonable crimes clearly and undoubtedly. Such killers can never ever be considered as war heroes , because they are war criminals out and out.

In fact , in any war , there exist only a few war criminals. If those war criminals are not identified and punished it is the war heroes in entirety who will be fastened with the ‘war criminal ‘label .Therefore no civilized lawful ruler would hesitate to punish the war criminals. In the same way . if any ruler fastens the spurious label ‘war hero’ on such criminals , and makes proud self glorifying announcements ‘I am prepared to face the electric chair punishment on behalf of war heroes’ and screams for lies ‘ war heroes are being hauled up in courts’ , surely such a ruler is either a rascal , an imbecile or is raving mad.

Such rascally crooked rulers have only led their country to the worst holocaust ,and they do not stop until dragged the country into another war .World history has proved this trend beyond any trace of doubt.

Sadly , while the war was raging in Sri Lanka for three decades and the war heroes were battling it out in the field , criminals of the Naval forces of Sri Lanka took advantage of the war , and under that pretext abducted 11 individuals including school students and killed them ruthlessly and most brutally after collecting extortion monies. Fortunately for the country the Navy criminals were exposed, at least after many years . But unfortunately for the country, and unbelievably it is these brutal criminals the president recently attempted to save !
Identifying war heroes as opposed to war criminals

The details of these crimes were not highlighted by any of the media , and shameless media coolies and villains sought to suppress them .It is therefore the aim of this report to reveal the details based on absolute truth with the hope that the people can adjudge who is a war hero as opposed to a war criminal . By that they can also know what category of brutes and beasts the rulers belong to who are moving heaven and earth to fasten the spurious label of ‘war heroes’ on ‘war criminals’.

These 11 individuals including innocent school children belonged to Sinhala , Tamil and Muslim races residing in Colombo , Wattala, Kotahena, Dehiwala and Katunayake as well as the Northern province, and they were abducted during 2008-2009 period. It is significant to note all of them were children from affluent families .

Their names and addresses are as follows :

It has by now been discovered that employing diverse methods , these victims were abducted and murdered after collecting extortion payments , by a group of wicked demonic officers engaged in special duties in Parakrama ships Institution affiliated to the SL Naval force under the former Lieutenant Commander Sampath Chandana Hettiarachi and ex Lieutenant Commander Don Nilantha Sampath Munasinghe (Navy Sampath) who was then the personal security officer of the ex Navy Commander Vasantha Karannagoda .

Evidence has been now furnished which substantiate the fact that Ranasinghe Pedige Sumith Ranasinghe a Lieutenant Commander then ( now promoted as Commander ) who was functioning as the intelligence officer of the SL Naval ships’ pool , on the instructions of Navy Sampath has detained these victims in an underground chamber called ‘Gunside’ belonging to Trincomalee Navy and Ocean academy , until extortion payments were collected , and the victims were killed thereafter .Moreover these victims have been most cruelty tortured before they were murdered , evidence indicate.
Group including Ali Anver alias Hajiar and Rajeev Naganathan abducted and killed …

Following instructions given to Ali Anver by Sampath Munasinghe , five individuals from Kotahaena including Rajeew Naganathan and Pradeep Vishwanathan were summoned to Fernando mawatha , Dehiwala on 17 th September 2008.

Thereafter , by a team headed by Lieutenant Commander Sampath Chandana Hettiarachi , the group including Naganathan was abducted after brandishing firearms and frightening them . The victims were then detained at the aforementioned underground Gunside detention chamber .Navy soldiers Kumara Kottegoda , Chandrakumara , Kithsiri and petty officer Hettiarachi have joined with the team that committed the abduction.

After the abduction of the group including Rajeev Naganathan , a sum of Rs. 10 million was demanded via phone from Naganathan ‘s father Govindasamy Naganathan if the victims were to be released without being killed . However after collecting the extortion payments the bodies were severed . Then those bodies were drowned and destroyed in the far off sea.

Some time after these crimes were committed , Ali Anver alias Hajiar was abducted in February 2009. The victim’s brother Siraj Ali lodged a complaint with the Dehiwala police about Ali Anver’s disappearance.

The abduction of Ali Anver was carried out by a team operated by Lieutenant Commanders Sampath Chandana Hettiarachi and Ranasinghe Pedige Sumith Ranasinghe on the instructions of Sampath Munasinghe. Petty officer Mendis, sailors Gamini , Sanjeewa, Kottage, Kithsiri, and Chandrakumara have also joined this team .

After Ali Anver was abducted and taken to “Pittu Bambu’ building at Chaitya Road , he was assaulted. A Navy officer by the name of Aluthgedera Upul Bandara gave evidence regarding the abductions of Naganathan and Ali Anver .

Bandara has also in his evidence state, the black color car No. KC 5559 used by Naganathan was robbed on the instructions of Sampath Munasinghe , and handed over to the group which included Sumith Ranasinghe and petty officer Mendis
More murders that came to light based on evidence of other witnesses.

Soosaipillai Amalon Lyon and Roshan Lyon residents of Arippu North were temporarily detained at Ramanathan flat , Colombo. After storming into the Flat , the two brothers were frightened , and their belongings were robbed. Thereafter ,they were abducted and detained in the torture chamber at ‘Pittu bambu’ at Chaitya Road.

Another abduction came to light based on the evidence of Wickremesuriya . That is the abduction of a Sinhala youth Kasthuri Arachige Antony of Ratnam Road , Kotahena. The team of Sampath Chandana Hettiarachi after abducting Antony had detained him at Pittu bamboo torture chamber , and subsequently transferred to the underground ‘Gunside’ at Trincomalee . According to the evidence of Wickremesuriya ,group of members of the special intelligence division as well as Ranasinghe Pedige Sumith Ranasinghe were responsible for Antony’s abduction and murder .

Meanwhile the tenth victim in the list , Thiagaraja Jegan a student was abducted and a sum of Rs. 500,000.00 was demanded via phone from his mother Theagaraja Parameswary and sister Theagaraja Jeya if he was to be released without being killed .It was Commander Ranasinghe Pedige Sumith Ranasinghe and his team comprising members of the special intelligence division that have carried out this operation. In this connection the victims’ mother and sister have given evidence. The telephone call exchanges have confirmed the veracity of their evidence.
Vaas Gunawardena in league with Naval force criminals.

Ex DIG Vaas Gunawardena who is now incarcerated over the abduction and murder of a businessman of Bambalapitiya with extortion motive has also been associated with the Naval force criminals based on investigations. Investigations have revealed two Sinhalese nationals ,Gamaralage Shantha Samarawickrema of Hettimulla , Kegalle and Pradeep of Ibbagamuwa , were abducted in 2009 with extortion motive.

Those abductions were committed directly by Vaas Gunawardena , and the victims were held in detention in the ‘Gunside’ Trincomalee by Ransinghe Pedige Sumith Ranasinghe and his team of special intelligence division members until the extortion payments were collected. After extortions were successfully carried out, the bodies of the two victims , were drowned , and caused to disappear in the far off sea .

Shockingly ,it is these ruthless murderers who committed a chain of gruesome killings of innocent citizens , the former Navy commander Vasantha Karannagoda , present Navy Commander Raveendra Wijegunaratne , ex chief justice Sarath N Silva , Shaveendra Silva and minister Wijedasa Rajapakse the well known rogue who has acquired a monumental notoriety for also aiding and abetting rogues , were seeking to extricate and rescue them from these most brutal crimes. President Maithripala Sirisena too was in the ready to rescue these confirmed cruel criminals . These rascals and scoundrels left no stone unmoved to rescue these criminals by fastening the label of ‘war heroes’ on these most brutal and bestial criminals.

Yet , the officers of the CID who respect the laws and were working with assiduous ardor in the best interests of the country gathered 34 witnesses in connection with these ghastly heinous crimes committed by most bestial heartless Navy officers.

Unassailable scientific evidence and investigative evidence have been unearthed by the patriotic CID officers . Supported by this evidence two more suspects were arrested on 2 nd night , and were remanded after being produced before court on the 3 rd. Dhammika Anil Mapa lieutenant commander who was taken into custody earlier on is already in remand custody .

The two Navy criminals – the latest suspects are..

Charges of abduction , illegal detention , threatening with death , robbery , extortion , inflicting cruel torture ,committing murder , as well as conspiring to, aiding and abetting to commit those crimes have been filed against these suspects in respect of the 11 victims under the penal code , the firearms Act , and inhuman torture Act , and action is being duly taken in courts .
True war heroes need no protection of pensioned Grama sevakas

True war heroes don’t need the protection and patronage of wayside ‘Grama sevakas’ who have gone on pension . The term war hero ipso facto means , he is an individual who had risked even his life to protect others . It is such an individual with such a magnanimous and brave heart who is a ‘war hero’ and not a two penny half penny worth ‘Haalparuwa’ ( a non entity) with a double tongue and hideous double face. Hence , true war heroes must therefore act with caution and safeguard themselves from hypocritical criminals who are pretending to act for and on behalf of them , and time serving opportunists who are deeply in their toils trying to save the criminals .
By Wimal Dheerasekera