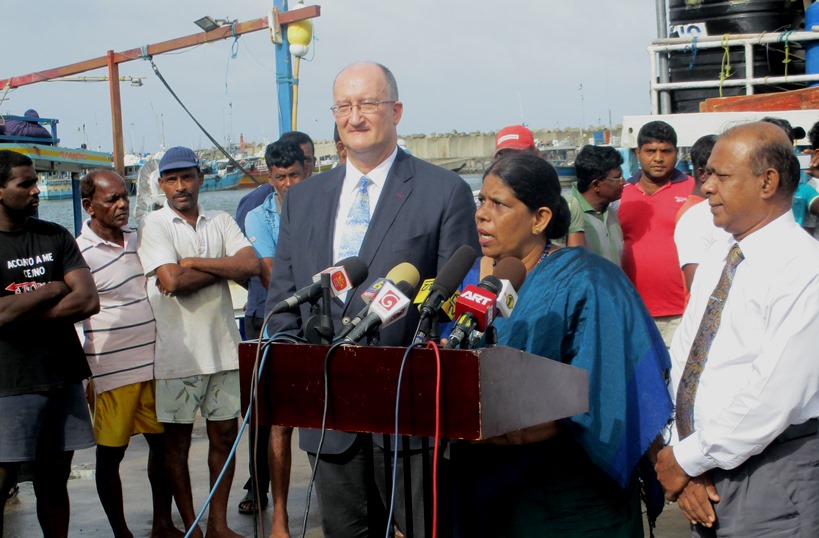 The Council of the European Union yesterday approved the recommendation to lift the ban on fisheries exports from Sri Lanka to Europe. The decision will come into effect next week.

Speaking to the media, Ambassador of the Delegation of the European Union to Sri Lanka and the Maldives, H.E. David Daly, congratulated Sri Lanka and the Ministry of Fisheries and Aquatic Resources Development for the methodical progress that led to the lifting of the ban and expressed appreciation for the improved cooperation between Sri Lanka and the EU. He also noted that the Council decision represented success for Sri Lanka and for international fishing overall.

A ban on fisheries products came into effect in January 2015 due to Sri Lanka’s failure to address the shortcomings in the implementation of control measures, a lack of deterrent sanctions for the high seas fleet, as well as failure to comply with international and regional fisheries rules. Sri Lanka was previously the second biggest exporter of fresh and chilled swordfish and tuna to the EU with exports worth EUR 74 million in 2013.

Illegal, unreported and unregulated fishing is a major threat to global marine resources. It is estimated that between 11 and 26 million tonnes of fish are caught illegally each year with an annual global value of up to 10 billion euros.

– Political, Trade and Communications Section
Delegation of the European Union to Sri Lanka and the Maldives
Tel: + 94 11 2674413
Email: [email protected]