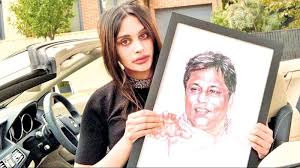 The Court held that it lacks the jurisdiction to consider Wickrematunge’s claims, because, in the Court’s view, Rajapaksa is entitled to common law foreign official immunity for the acts that are alleged—acts of torture, extrajudicial killing, and crimes against humanity. The Court found that these acts were committed in his official capacity as Sri Lanka’s Secretary of Defense.

The Court made no finding on the actual merits of the allegations against Rajapaksa, which include his alleged responsibility for the extrajudicial killing of Lasantha Wickrematunge and for the Sri Lankan government’s campaign of violence against journalists during Sri Lanka’s civil war.

The decision comes even though Lasantha’s assassination was neither authorized nor ratified by the Sri Lankan government, and Rajapaksa presented no evidence to suggest the contrary.

Plaintiff and her counsel will challenge the decision. “This is a disappointing setback in my family’s long fight for justice on behalf of my father, as well as for the movement to end impunity for the killing of journalists in Sri Lanka. My father was a civilian driving to his office when he was brutally assassinated on the street. Killing a journalist because of their reporting should never be seen as an official state act and my lawyers and I will continue to fight to ensure perpetrators of these abuses do not escape justice,” says Ahimsa Wickrematunge.

“An end to impunity is precisely what the Torture Victim Protection Act was designed to provide in cases like this. There is no immunity when government officials act outside their authority to torture and murder journalists. Defendant Rajapaksa, a U.S. citizen, can and must be held accountable in U.S. courts,” says Natalie L. Reid of Debevoise & Plimpton LLP, counsel to Ahimsa.

On April 4, 2019, CJA filed a complaint for torture, extrajudicial killing and crimes against humanity under the Torture Victim Protection Act and Alien Tort Statute against Gotabaya Rajapaksa, former Sri Lankan Secretary of Defense. At the time of filing, Rajapaksa was a U.S. citizen, and CJA served him while he was visiting the United States. After CJA filed the case, Rajapaksa announced his candidacy in the Sri Lankan Presidential election.

Rajapaska sought to dismiss the case on a number of defenses, including on grounds that he was afforded immunity for actions taken during his tenure as Secretary of Defense. Rajapaksa also sought to stay the case until after Sri Lanka’s Presidential election, in which he is running as a candidate, based on the assumption that he would be entitled to head of state immunity should he be elected.

CJA and Debevoise opposed both motions, arguing that the case should not be dismissed because the Sri Lankan government has never requested immunity on Rajapaksa’s behalf, and that neither Lasantha’s assassination nor the targeted campaign against journalists are official acts. Moreover, justice is unavailable in Sri Lanka: statements from international experts Juan Mendez and Steven Ratner, and Sri Lankan constitutional scholar Suri Ratnapala show that human rights cases against the Rajapaksa administration, like this one, cannot proceed in Sri Lanka without facing judicial interference, delay, and danger to litigants and witnesses. Rajapaksa, a U.S. citizen at the time of the events in question and when the case was filed, should be held accountable under U.S. laws prohibiting torture and extrajudicial killing. The plaintiff’s opposition briefs and supporting expert declarations can be found here: https://cja.org/what-we-do/litigation/wickrematunge-v-rajapaksa/pleadings/.