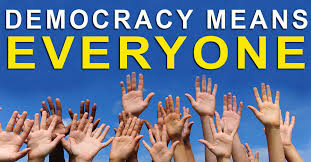 Problems like everything else under the sun have a protean character. They don’t have an unchangeable essence, they keep changing over time, and our ability to handle them depends largely on how we perceive them and conceptualize them, on whether those perceptions and conceptualizations are reasonably accurate or wildly inaccurate. Until the other day I held that we don’t have a purely indigenous Tamil ethnic problem; rather it is an Indo-Tamil ethnic problem, arising out of the fact that the Government in Delhi can never ignore the possible fall-out in Tamil Nadu of what is done to the Tamils in Sri Lanka. I saw the Tamil Nadu factor as subsumed within the India factor. I now see it as the core factor. It is a radical change in my conceptualization of the ethnic problem – I believe for the better. Let me explain.

I don’t think that it can be seriously contested that we don’t have a purely indigenous Tamil ethnic problem. If not for the Tamil Nadu factor, the rest of the world – including India – would simply regard the Tamils as a defeated people who have to secure their legitimate interests in the best way they can. The international community will take note of them only if they are the victims of horrendous human rights violations or for some other very special reasons. On the other hand, the Tamils in Tamil Nadu have special reasons to empathize with the Sri Lanka Tamils because of commonality of race, language, religion, and culture. Consequently it makes sense to say that the core problem is the Tamil Nadu factor.

It is important to bear in mind that Chennai and Delhi are not identical because the latter can be expected to be far more flexible in negotiations over the Tamil ethnic problem. Delhi will also have its own priorities which could conduce to accommodativeness towards Sri Lanka’s interests. I have noted earlier that India wants permanent membership of the Security Council and obviously wants to emerge as more than a regional power. Towards that end, it must show that it is not an overbearing bully towards a small neighbour, not a power with a neo-imperialist hegemonic drive. So there are sound reasons to believe that Delhi would really want to help solve the Tamil ethnic problem in a definitive enduring manner. But it cannot do so just by coming to terms with Colombo, over-riding the wishes of Chennai.

So the core problem behind the so-called Tamil ethnic problem is the Tamil Nadu factor. What is the solution? I believe that a solution can be found only through democracy, not through devolution on which our Tamils insist.

I have already written more than one article arguing that it is wrong to make a shibboleth of devolution, regarding it as the one essential without which there can never be a solution of the ethnic problem. Here I will emphasize just one point, the point of crucial importance: many Sinhalese, probably the majority of them, have the conviction that a wide measure of devolution – on which the Tamils insist fanatically – will lead ineluctably to Eelam. There are strong arguments against that presupposition, but the Sinhalese will never be convinced by them. There are two things that we must bear in mind, one of which is that none of us can be quite sure about what might transpire in the future. The other is that we did come close to a final and definitive break up. That was avoided by the closure of the Marvil Aru anicut which compelled the then Government to go all out for a military victory over the LTTE.

According to the argument that I have developed above the core behind our Tamil ethnic problem is the Tamil Nadu factor, and the solution to that problem has to be through democracy, not devolution. That argument leads to certain questions about the New World Order that has been shaping up for some time. It is a world in which there will be several power centers replacing the US/Soviet duopoly and the US mono-polar world that is supposed to prevail today. Several powers, including India, will have the responsibility of keeping the world in order. But the problem is that the New World Order can easily slide into the New Imperialism. In a multi-polar world some regional powers will be seen as having special responsibilities towards countries in an area around it – in other words its “sphere of influence”. We can come to witness something like a transition, or rather retrogression, of the new world order into a new imperialism that remarkably resembles the old imperialism with its spheres of influence and balance of power and all that. It might be true to say that the new world order is the new imperialism is the old imperialism.

Now let us try to fit the Tamil ethnic problem into the international context that I have outlined in the preceding paragraph. We have to try to solve the problem through democracy because devolution – as I have argued earlier – will almost certainly compound the problem and become a force countervailing the advance towards a democratic solution. It has to be a fully functioning democracy with adequate safeguards for the legitimate interests of the minorities as in the West. Is there any reason why we shouldn’t be able to attain that? We did have a fully functioning democracy for most of the time from 1948 to 1977, and we are well on the way to attaining it once again. We indisputably had fair and equal treatment for the minorities from 1948 to 1956. India and several other Afro-Asian countries are practicing democracy and are giving reasonably fair and equal treatment to the minorities. A noteworthy fact is that Tamil expatriates are quite content to live in the democracies of the West and elsewhere without any devolution at all. Why not here?

The answer to that question given by our Tamils is that they are not just any minority but a national minority, which therefore has a right of self-determination inclusive of a right to set up a separate state. What satisfies them abroad will not satisfy them here. In Sri Lanka they have to struggle for Eelam or as close an approximation to it as might be possible. But they are unable to achieve anything like that on their own, and the international community – as I have argued earlier – does not recognize the right of self-determination outside the now defunct colonial context.

From where, then, do our Tamils get their power to keep demanding much more than a democratic solution to their problem? That power derives only from the fact that there are sixty million Tamils in Tamil Nadu, and those sixty million have the power to make the Government in Delhi heed the wishes of the Tamils. Let us be clear about what is at issue here. It is not the right of the Tamils to fair and equal treatment, which can be met through democracy as in the West. What is at issue is Tamil power and nothing else.

I have consistently held, over the decades, that India has never been imperialist towards Sri Lanka. It bungled badly over the ethnic problem but that was well-intentioned bungling, behind which there was no imperialist drive. My diplomatic interaction with many Indians over a period of three and a half decades makes me believe that the alleged vice-regal airs of Dixit were an aberration.

But at present, in the multi -polar world that is taking shape, it can well slide into neo-imperialism without realizing it. Its backing for the absurd Tamil insistence on a solution through wide measures of devolution can be seen as amounting to neo-imperialist bullying of a small neighbour. The option for Sri Lanka is very clear. It is to go all out for a fully functioning democracy with safeguards for the minorities as in the West. Alternatively, if the international community sees it as having an obsessive racist drive to treat the minorities as inferior, no one can be quite sure what might happen in the future. It could be a de facto or even a de jure Eelam.