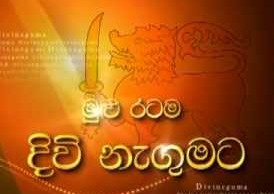 by Namini Wijedasa
The Supreme Court last week took up three petitions challenging the constitutionality of the Economic Development Ministry’s Divineguma Bill. The court’s determination will be conveyed to Speaker Chamal Rajapaksa on Thursday.
The three-judge bench that heard submissions comprised Chief Justice Shirani Bandaranayake and Justices Priyasath Dep and S.E. Wanasundera. The petitions were filed by Chamara Madumma Kaluge, general secretary of the Samurdhi Development Officers’ Union, the Centre for Policy Alternatives and Wijitha Nanayakkara.
The bill seeks to repeal the Southern Development Authority, the Udarata Development Authority and the Samurdhi Development Authority, transferring their powers and functions to the Department of Divineguma Development. This new department would function countrywide.

Challenging its constitutionality, the CPA submitted that several subjects contained in the bill fell squarely within the Provincial Council List in the Ninth Schedule to the Constitution. For instance, Clause 4 (a) of the bill gives the Divineguma Development Department authority to carry out development activities to alleviate poverty and to bring about a society guaranteeing social equity. However, Item 2 of the Ninth Schedule gives authority over planning and implementation of provincial economic plans to the provincial councils. Item 10 places the subject of rural development within the purview of provincial councils.
Clause 4(c) allows the Divineguma Development Department to ensure food security for each individual and family. But Item 16 of the Ninth Schedule delegates responsibility for food supply and distribution within provinces to provincial councils.

Clause 4(f) says the Divineguma Development Department is responsible for physical and social infrastructure facilities for development of livelihoods. However, Item 5:3 of the Ninth Schedule states that provincial councils are responsible for construction activity in respect of any subject in the Provincial Council List. Item 6 gives them authority over roads, bridges and ferries within the province.

Clause 4(i) gives the Divineguma Development Department authority over a social security network for those in need of social security. But Item 7:2 of the Ninth Schedule says provincial councils are responsible for the rehabilitation of destitute persons and families; Item 7:3 gives them purview over rehabilitation and welfare of physically, mentally and socially handicapped persons; and Item 7:4 makes them responsible for relief of the disabled and unemployable.

Clause 26(d) allows the Divineguma Development Department power to provide credit facilities to Divineguma beneficiaries through Divineguma community-based banks. However, Item 35 of the Ninth Schedule allows provincials councils to borrow money to the extent permitted by or under any law made by parliament.

Clause 31(b) lets the Divineguma Development Department to invest its funds, grant credit facilities and disburse profits through Divineguma community-based banks. But Item 35 of the Ninth Schedule also applies here.

Similarly, the CPA has challenged 9 other clauses of the Divineguma bill on the basis that they take away powers delegated to provincial councils through the 13th Amendment to the Constitution. The CPA also points to “uncertainty and vagueness” in the bill that it says might be used “to expand the powers of the Divineguma Department which is to be established through the Bill and may result in further encroachment on subjects within the Provincial Council List.”

For instance, terms such as ‘rural level’ and ‘regional level’ have not been defined in the bill. Terms such as ‘livelihood,’ ‘food security,’ ‘develop physical and social infrastructure’ are not explained in the bill. These terms contain similar meaning to items in the Provincial Council List, including ‘agriculture and agrarian services,’ ‘rural development,’ ‘food supply and distribution within the Provinces,’ ‘Provincial Housing and Construction’ and ‘Roads and bridges and ferries thereon within the Provinces.’

Petitioners have also said that the bill, if enacted, provides wide powers to the Minister of Economic Development to regulate and decide on a wide range of issues including subjects within the purview of the provincial councils, with limited checks and balances. CPA said in a statement that it raises serious concerns, not merely of centralization and the consolidation of power, but also of the political will of the government in terms of its pledges to implement to the full existing provisions in the Constitution on devolution.

The statement points out that the bill will take away the ambit of oversight mechanisms, especially in the area of financial control and accountability. It contains provision for officers and servants of the Divineguma Department to sign a declaration pledging secrecy related to work of the said department. This raises questions as to why such a provision should be included in respect of a department that is meant to serve and be accountable to the people.

The petitioners submit that it requires to be passed by a two-thirds majority in parliament and that it must be referred to every provincial council for its views.

Written submissions made on behalf of the state and of the Minister of Economic Development Basil Rajapaksa highlighted these points:

—The Divineguma Bill will eliminate some white elephants and streamline poverty alleviation and microfinance activities throughout the country.

—The proposed bill does not fall within the scope of the Provincial Councils list or the Concurrent List. It provides for the establishment of a Divineguma Development Department to establish Divineguma Community Based Organizations at rural level and to provide for a coordinating network at district and national level.

—As the proposed bill is presented to parliament to give effect to the national policy of alleviating poverty and to ensure social equity by improving individual, family and group-centered livelihood development activities, the bill does not fall within the scope of the Provincial Councils List or the Concurrent list.

—Court has permitted to enact law even if the subject of the bill falls within the scope of the Concurrent List. This is evident in Determination No. 5/2001 Re. Consumer Protection Bill where it was held that, “The provisions of the Bill are substantially drawn from the aforesaid existing legislation, which has been in operation for several years. The general object of the Bill is to bring the functions performed in terms of different enactment under the umbrella of a single piece of legislation to be discharged by one authority.”

—The officers and servants in permanent employment have been granted discretion either to join the public service under the proposed department and to become eligible for pensionable employment or to retire from service in terms of a Voluntary Retirement Scheme.

—Clause 4(a) of the bill allows the Divineguma Development Authority to carry out such development activities as may be necessary to alleviate poverty and to bring about a society guaranteeing social equity. This falls within the Directive Principles of State Policy. For instance, Article 27 (2) (c) pertains to the realization by all citizens of adequate standard of living or themselves and their families, including adequate food, clothing, housing, the continuous improvement of living conditions and the full enjoyment of leisure and social and cultural opportunities.

Article 27 (2) (e) pertains to the equitable distribution among all citizens of the material resources of the community and the social product, so as best to serve the common good. Finally, Article 27 (2) (f) pertains to the establishment of just social order in which the means of production, distribution and exchange are not concentrated and centralized in the state, state agencies or in the hands of a privileged few, but are dispersed among, and owned by, all the of Sri Lanka.

—The same articles are applied to validate several other clauses of the Divineguma bill.